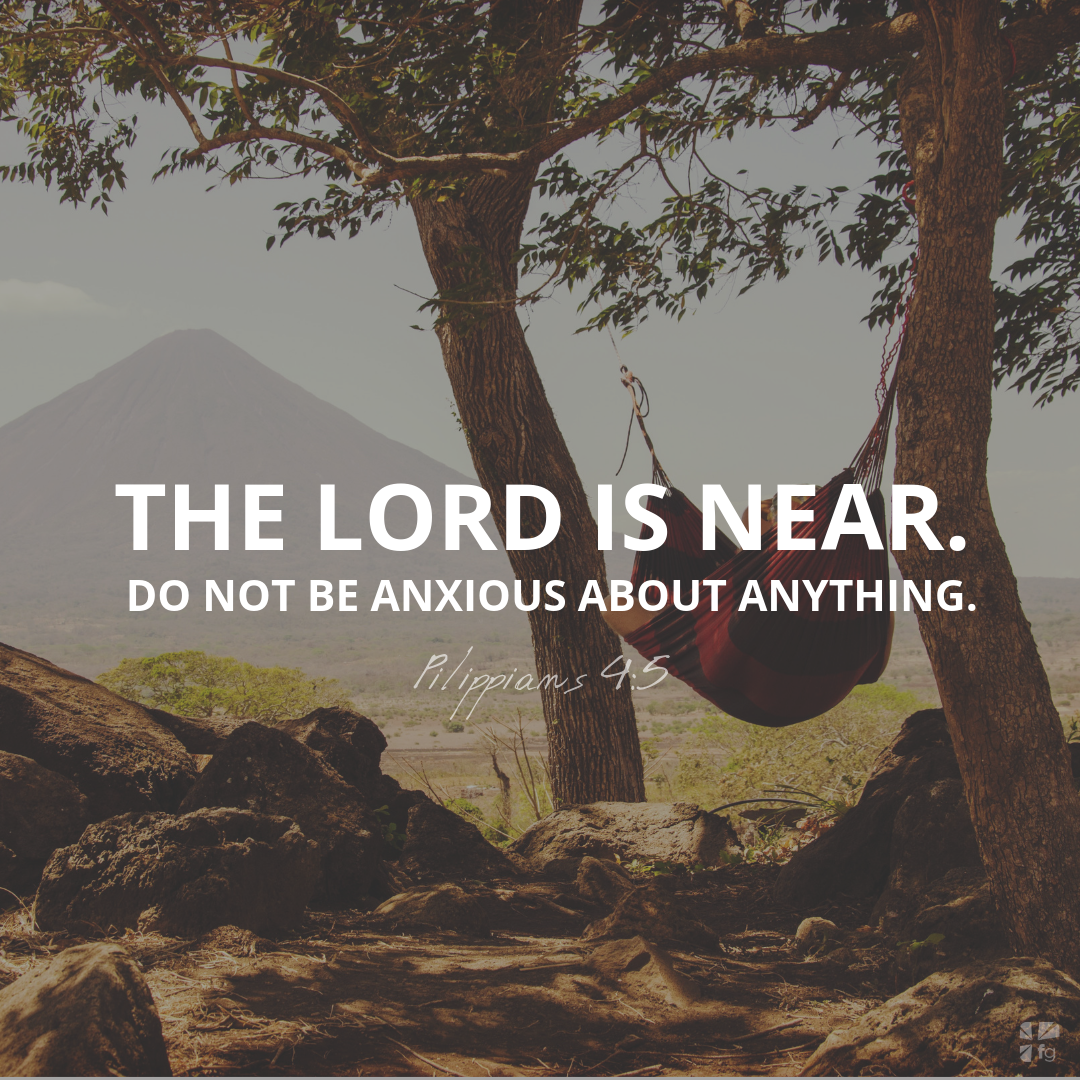 Editor’s note: There’s a good reason that Max Lucado is called “America’s Pastor.” He has his finger on the pulse of the nation and words of healing and hope to share. In this age of fear, anxiety, depression, social unrest, racial divide, we hope you find great comfort in this excerpt of Anxious for Nothing.

Disaster was as close as the press of a red button. Four Russian submarines patrolled the Florida coast. US warships had dropped depth charges. The Russian captain was stressed, trigger-happy, and ready to destroy a few American cities. Each sub was armed with a nuclear warhead. Each warhead had the potential to repeat a Hiroshima-level calamity.

Had it not been for the contagious calm of a clear-thinking officer, World War III might have begun in 1962. His name was Vasili Arkhipov. He was the thirty-six-year-old chief of staff for a clandestine fleet of Russian submarines. The crew members assumed they were being sent on a training mission off the Siberian coast. They came to learn that they had been commissioned to travel five thousand miles to the southwest to set up a spearhead for a base near Havana, Cuba.

The subs went south, and so did their mission. In order to move quickly, the submarines traveled on the surface of the water, where they ran head-on into Hurricane Daisy. The fifty-foot waves left the men nauseated and the operating systems compromised.

Then came the warm waters. Soviet subs were designed for the polar waters, not the tropical Atlantic. Temperatures inside the vessels exceeded 120 degrees Fahrenheit. The crew battled the heat and claustrophobia for much of the three-week journey. By the time they were near the coast of Cuba, the men were exhausted, on edge, and anxious.

The situation worsened when the subs received cryptic instructions from Moscow to turn northward and patrol the coastline of Florida. Soon after they entered American waters, their radar picked up the signal of a dozen ships and aircrafts. The Russians were being followed by the Americans. The US ships set off depth charges. The Russians assumed they were under attack.

The captain lost his cool. He summoned his staff to his command post and pounded the table with his fists. “We’re going to blast them now! We will die, but we will sink them all — we will not disgrace our navy!”

The world was teetering on the edge of war. But then Vasili Arkhipov asked for a moment with his captain. The two men stepped to the side. He urged his superior to reconsider. He suggested they talk to the Americans before reacting. The captain listened. His anger cooled. He gave the order for the vessels to surface.

The Americans encircled the Russians and kept them under surveillance. What they intended to do is unclear as in a couple of days the Soviets dove, eluded the Americans, and made it back home safely.

This incredible brush with death was kept secret for decades. Arkhipov deserved a medal, yet he lived the rest of his life with no recognition. It was not until 2002 that the public learned of the barely avoided catastrophe. As the director of the National Security Archive stated, “The lesson from this [event] is that a guy named Vasili Arkhipov saved the world.”1

Why does this story matter? You will not spend three weeks in a sweltering Russian sub. But you may spend a semester carrying a heavy class load, or you may fight the headwinds of a recession. You may spend night after night at the bedside of an afflicted child or aging parent. You may fight to keep a family together, a business afloat, a school from going under.

You will be tempted to press the button and release, not nuclear warheads, but angry outbursts, a rash of accusations, a fiery retaliation of hurtful words. Unchecked anxiety unleashes an Enola Gay of destruction. How many people have been wounded as a result of unbridled stress?

And how many disasters have been averted because one person refused to buckle under the strain? It is this composure Paul is summoning in the first of a triad of proclamations.

Let your gentleness be evident to all. The Lord is near. Do not be anxious about anything. — Philippians 4:5 NIV

The Greek word translated here as gentleness (epieikes) describes a temperament that is seasoned and mature.2 It envisions an attitude that is fitting to the occasion, level headed and tempered. The gentle reaction is one of steadiness, evenhandedness, fairness. It “looks humanely and reasonably at the facts of a case.”3 Its opposite would be an overreaction or a sense of panic.

This gentleness is “evident to all.” Family members take note. Your friends sense a difference. Coworkers benefit from it. Others may freak out or run out, but

The contagiously calm person is the one who reminds others, “God is in control.”

This is the executive who tells the company, “Let’s all do our part; we’ll be okay.” This is the leader who sees the challenge, acknowledges it, and observes, “These are tough times, but we’ll get through them.”

Gentleness. Where do we quarry this gem? How can you and I keep our hands away from the trigger? How can we keep our heads when everyone else is losing theirs? We plumb the depths of the second phrase.

Let your gentleness be evident to all. The Lord is near. Do not be anxious about anything. — Philippians 4:5-6 NIV

The Lord is near! You are not alone. You may feel alone. You may think you are alone. But there is never a moment in which you face life without help. God is near.

God repeatedly pledges His proverbial presence to His people.

Do not be afraid… I am your shield, your exceedingly great reward. — Genesis 15:1

To Hagar, the angel announced,

Do not be afraid; do not be discouraged, for the Lord your God will be with you wherever you go. — Joshua 1:9 NIV

Then, in the ultimate declaration of communion, God called Himself Immanuel, which means “God with us.” He became flesh. He became sin. He defeated the grave. He is still with us. In the form of His Spirit, He comforts, teaches, and convicts.

Do not assume God is watching from a distance. Avoid the quicksand that bears the marker “God has left you!” Do not indulge this lie. If you do, your problem will be amplified by a sense of loneliness. It’s one thing to face a challenge, but to face it all alone? Isolation creates a downward cycle of fret. Choose instead to be the person who clutches the presence of God with both hands.

Because the Lord is near, we can be anxious for nothing.

This is Paul’s point. Remember, he was writing a letter. He did not use chapter and verse numbers. This system was created by scholars in the thirteenth and sixteenth centuries. The structure helps us, but it can also hinder us. The apostle intended the words of verses 5 and 6 to be read in one fell swoop.

The Lord is near; [consequently,] do not be anxious about anything.

Early commentators saw this. John Chrysostom liked to phrase the verse this way:

The Lord is at hand. Have no anxiety.4

Theodoret of Cyrus translated the words:

The Lord is near. Have no worries.5

We can calmly take our concerns to God because He is as near as our next breath!

Excerpted with permission from Anxious for Nothing by Max Lucado, copyright Max Lucado.

Watch the Trailer: Anxious for Nothing

The Lord is near you right now. He’s not far off, not absent, not unaware. He’s right with you. Don’t be afraid! Come share your thoughts with us on our blog. We want to hear from you about contagious calm because God is present!