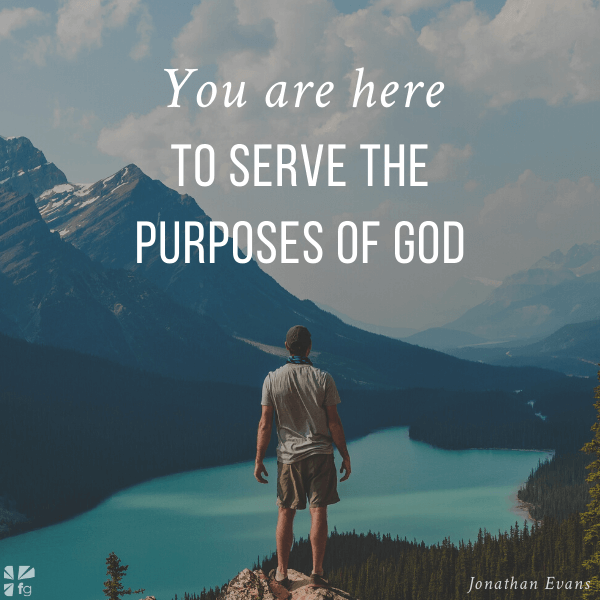 The annual National Religious Broadcasters conference came around again in the spring of 2020, right before the virus shut everything down. NRB held a bittersweet place in my life. It was a reminder that thirty minutes after my father had been inducted into their hall of fame, he was telling us that Mommy’s cancer had returned and it was terminal. From the highest mountaintop to the lowest valley in the blink of an eye. I’ll probably always associate NRB with that terrible moment. And after our long, traumatic year, it was time for the conference again.

Because our mother had served on the board of directors for many years, the NRB wanted to honor her with a special Heroine of Faith award. Before I found out about the award, my gut instinct was to stay home. We had all been through so much, and I simply wanted as much time as I could possibly get to grieve and recover before I had to be “on” again.

But once they told me how the organization planned to recognize Mom’s faithfulness in ministry, I knew I had to press my suit jacket, polish my shoes, and get on a plane to Nashville, the site of the convention.

Janet Parshall, the chairperson of NRB, dedicated Mom’s award with these words: “We will forever be impacted by the grace-filled wisdom, compassionate kindness, and gentle Christian witness this precious woman of God brought in her service to the board. Lois was a giant. She filled a room. And when a giant steps out of a room, you note the absence. Lois Evans taught us what it was like to live gracefully.”

I had been asked to preach. It had been a long and difficult year since we all watched Dad’s induction into the hall of fame, and I had a lot of emotions swirling around inside me as I stood on stage. Before the ceremony, I had watched a 1986 video of my father preaching at NRB. He was thirty-seven years old at the time. I was there, too, just a kid, watching Mom and my big sisters in the hustle and bustle of it all as they handed out cards and sermon tapes.

Now, I was standing before the NRB, and I was thirty-eight years old, a year older than my father had been back then. Talk about nervous! In some ways, I still felt like that kid caught up in all the commotion. I guess you always will when you are walking in your father’s footsteps.

I talked to the audience about all the tragedy our family had been through, about my father’s induction the year before, how we had gathered in our parents’ hotel room after the event for the terrible news. I told them how much that moment hurt, how we all broke down and cried.

Then I told them how my mother had called us in close to deliver a message. She told us that her illness should not stop the ministry from going forward, that the Enemy would take too much pleasure in our discouragement and defeat. She talked about trusting God and moving ahead. Mom assured us that this attack was spiritual warfare and that the Evans family would not turn tail and run.

“Hold up your heads and be strong,” she told us. “Continue the work of God.”

Mom’s words carried a different weight a year later. I am able to process them better now. I believe her words were prophetic, not just for our family and the NRB, but for your family too. I think my mother would want me to deliver the same message to you because everyone reading these words is facing a mountain.

Small or large, a mountain is still a mountain, and you need to hear a word to remind you that no matter what you are going through, no matter what challenges you face in your family, your ministry, your career, or your personal life,

you are here to serve the purposes of God.

In Deuteronomy 5:32, God told Joshua not to turn aside to the left or the right, because the promised land was right before him.

My mother was letting us know that God is allowing things to be shaken because that keeps us moving and clinging to God.

Do not quit. Cross your river Jordan. The promised land is too close to turn away now.

We must all appear before the judgment seat of Christ.

Sometimes we can get to a place where we are serving religion and ministry instead of serving God. We become so concerned about radio and television broadcasts and social media likes and views that we inadvertently make those things their own gods instead of simply using them as vehicles to serve the one true God.

Whether it’s for millions or for a few, the focus is on Christ, who is not concerned about our Sunday-morning numbers or how many followers we have on social media. On that day of accountability, Jesus will ask each of us, “Did you serve the purposes of God?”

Growing up, we had a toy poodle that we named Solomon. I would have chosen something a little tougher, but when you have two older sisters, what can you do? The Bible says King Solomon was one of the wisest men who ever lived. The dog Solomon? Not so wise. I would catch him running in circles, trying to catch his tail. That dog was spending a lot of energy, but he sure wasn’t making much progress.

Too often, even under the form of ministry, we are chasing our tails. Expending a lot of energy but not going anywhere, not impressing anyone, not changing anything. Putting on a show for those who are already in the fold.

I know there is great opposition, but we must stay focused and press on if we are to truly impact our generation. Go back to your first love. It’s the gospel of Jesus Christ. Philippians 3:13-14 tells us,

I do not consider myself to have taken hold of it. But one thing I do: Forgetting what is behind and reaching forward to what is ahead, I pursue as my goal the prize promised by God’s heavenly call in Christ Jesus.

Life is painful sometimes. It’s hard. Whether it’s wayward children or family dysfunction, whether it’s finances or sickness or death.

Let us not get tired of doing good, for we will reap at the proper time if we don’t give up.

Through thick and thin, drought and flood, good times and bad, even though there’s opposition, even though things may not be working out the way we had hoped or planned, we have one goal in this one short life we live on planet earth: Do not lose focus. Serve the purposes of God.

My mother told me to tell you that.

Serve the purposes of God. Don’t lose your focus! No matter what is going on right now, even if the spiritual warfare is severe, remember Who you belong to!