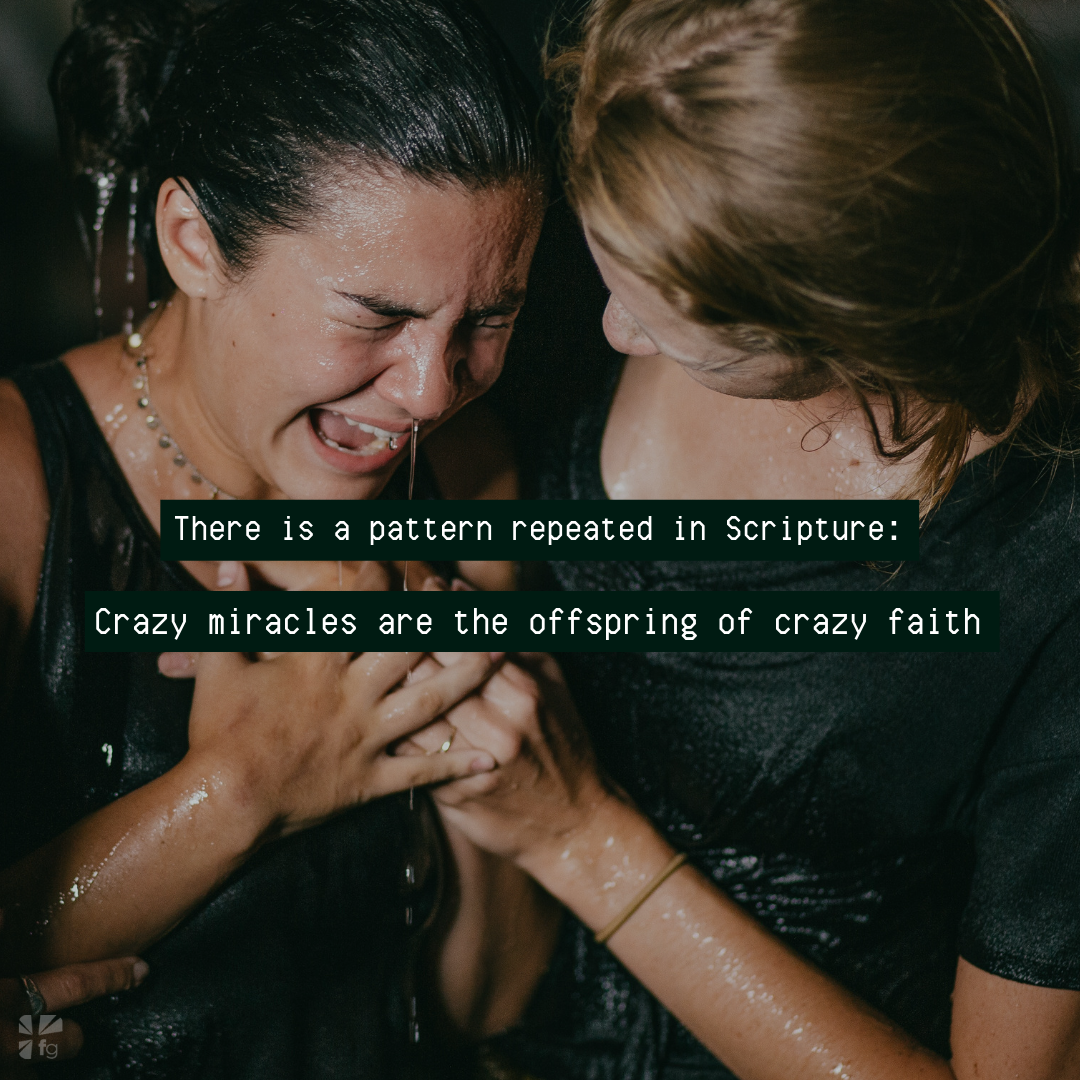 I love the parable of the persistent widow. I don’t mean any disrespect, but I think persistent is a nice word for crazy. This woman is crazy, but when the cause is a righteous one, it’s a holy crazy!

We aren’t told what injustice took place, but she was on a mission. Maybe her son was falsely imprisoned for a crime he didn’t commit. Maybe the man who molested her daughter was still on the streets. We don’t know for sure. But whatever it was, she wouldn’t take no for an answer. And the judge knew it. The judge knew she would circle his house until the day she got justice or the day she died. The judge knew there was no quit in the crazy woman.

Does the Judge know that about you?

How desperate are you for the blessing, the breakthrough, the miracle? Desperate enough to pray through the night? How many times are you willing to circle the promise? Until the day you die? How long will you knock on the door of opportunity? Until your knuckles are raw? Until you knock the door down?

God couldn’t care less about protocol. If He did, Jesus would have chosen the Pharisees as His disciples. But that isn’t who Jesus honored.

The common denominator in each of these stories is crazy faith.

Don’t just pray about it; act on it.

Josh Sexton pastors a church plant in North Carolina called Relevant Truth Church. God is doing amazing things at RTC. People who wouldn’t darken the doorway of a church are finding a relationship with Jesus Christ at an indoor skate park that has been converted into a sanctuary. But like many church plants, there is more vision than money. RTC was facing the termination of their lease if they couldn’t come up with the $3,500 rent when Josh got an idea while reading The Circle Maker. One of the leaders at RTC relayed what happened.

Josh asked me to come to the front during a worship service. He handed me a can of spray paint and asked me to paint a circle on stage. That’s when Josh told us he wasn’t going to leave the circle until God made provision for the church. With his wife’s blessing, he brought in a bed and ordered a Port-a-John. All he had was his Bible and his prayer journal. Three times a day, his wife brings him meals. My wife and I live down the street, so we’re helping with the kids. I think Josh came to the place of desperation. If this thing was going to work, God was going to have to show up and show off. I really think he is planning on staying in that circle until God does something huge. Crazy huh?

Or maybe it’s not crazy!

Maybe our normal is so subnormal that normal seems abnormal. Maybe we need a new normal. Bold prayers and big dreams are normal. Anything less is subnormal. And when bold prayers become the norm, so do the miraculous breakthroughs that follow.

I know there are naysayers who find fault with Josh’s approach, but sometimes you need to do something crazy, something risky, something dramatic. That’s what Honi the circle maker did when he drew a circle in the sand and declared that he wouldn’t come out until it rained. The Sanhedrin almost excommunicated him because they thought his prayer was too bold. But you cannot argue with a miracle, can you? His radical prayer resulted in rain. And Honi was ultimately honored for “the prayer that saved a generation.”

There is a pattern repeated in Scripture: crazy miracles are the offspring of crazy faith. Normal begets normal. Crazy begets crazy. If we want to see God do crazy miracles, sometimes we need to pray crazy prayers.

Wow! It’s so easy to feel like you’re doing everything right when you’re following all the rules. We so often forget that Jesus lived His life against the grain and in the most radical fashion – most of which would make us very uncomfortable these days. What do you think about making crazy faith your new normal? How has this excerpt challenged you to prayer bolder prayers? Come share with us on our blog!