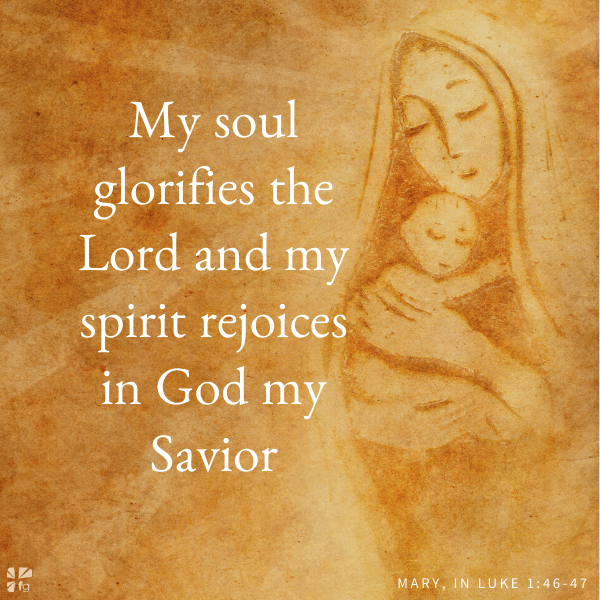 Editors note: Did you know that Mary’s song of Jesus’ coming birth in the book of Luke echoes some of the same themes as Hannah’s song upon the birth of the her son, the prophet Samuel, in the Old Testament?

Let’s examine the passage and enjoy this fascinating article from the Cultural Backgrounds Study Bible, which features over 300 in-depth articles and more than 375 full-color photos, illustrations and images to help you gain a deeper understanding of Scripture by understanding the context in which it took place.

“My soul glorifies the Lord
47     and my spirit rejoices in God my Savior,
48 for He has been mindful
of the humble state of His servant.
From now on all generations will call me blessed,
49     for the Mighty One has done great things for me —
holy is His name.
50 His mercy extends to those who fear Him,
from generation to generation.
51 He has performed mighty deeds with His arm;
He has scattered those who are proud in their inmost thoughts.
52 He has brought down rulers from their thrones
but has lifted up the humble.
53 He has filled the hungry with good things
but has sent the rich away empty.
54 He has helped His servant Israel,
remembering to be merciful
55 to Abraham and his descendants forever,
just as He promised our ancestors.”

Elizabeth’s pregnancy with John the Baptist evokes that of aged Sarah in Genesis (“they were childless because Elizabeth was not able to conceive, and they were both very old.” – Luke 1:7). Mary’s evokes a wider range of miraculous births in the Old Testament, though of course her virgin birth is unique. Mary’s song has special resonances with Hannah’s song in 1 Samuel 2:1-10, when Hannah celebrates the birth of her son Samuel. Just as Hannah’s humility and faith bring her greater blessing than the aged priest Eli in 1 Samuel 1, Mary’s humility and faith bring greater blessing than Zechariah’s in Luke 1:11-38 (though Zechariah is a less disobedient character than Eli).

Following are some possible connections between the song of Mary and that of Hannah, though Mary’s song also draws on a much wider range of Biblical language:

What verses speak to you the most from Mary’s song? How does seeing the similarities with Hannah’s song give you new perspective on this passage? We’d love to hear you thoughts in the comments!