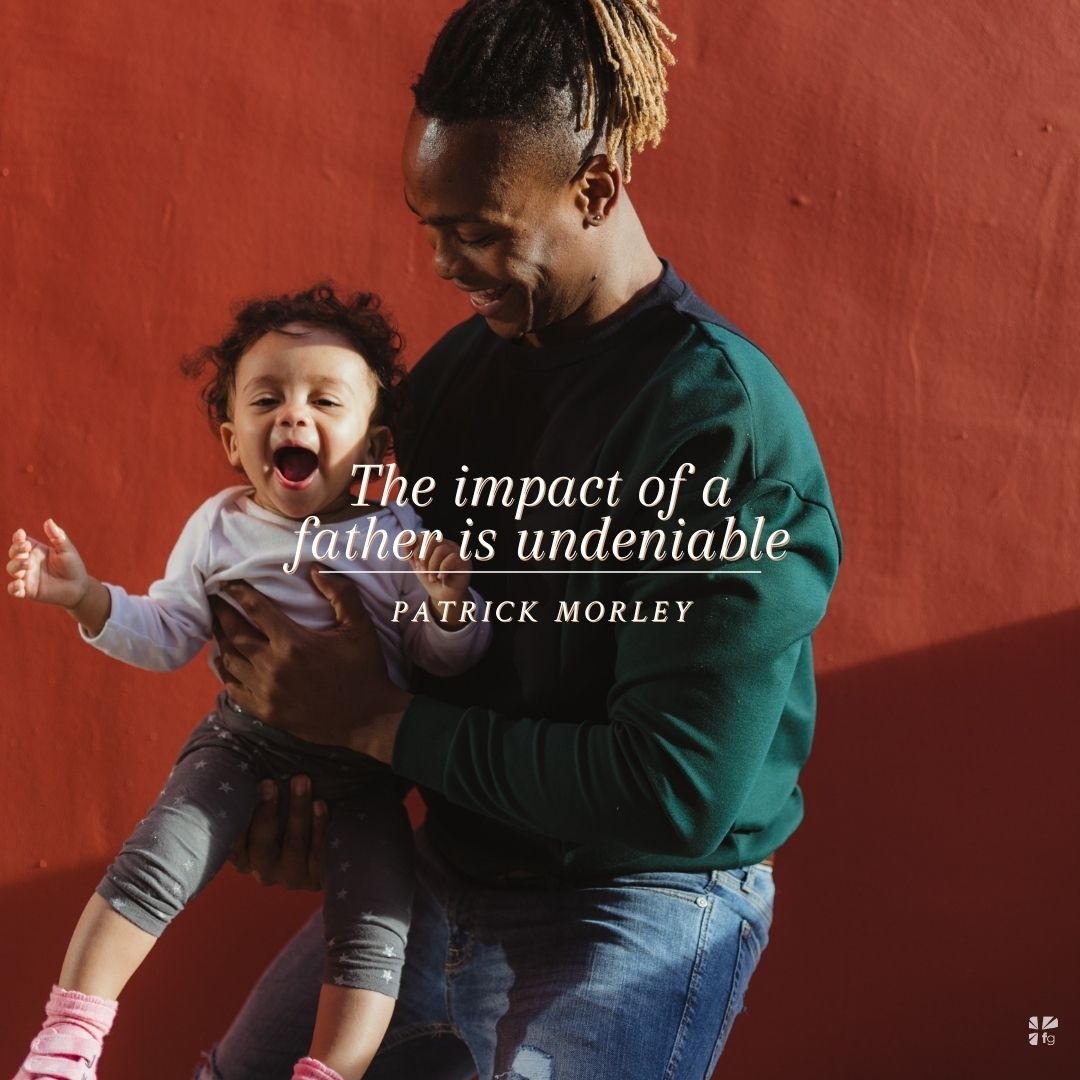 When my dad was two years old, the youngest of four children, his father abandoned the family. My dad’s single mom did they best she could, but they were extremely poor.

To help support the family, my father started working when he was six years old. He had two jobs. Every day he and his older brother, Harry, would get up at 3:00 a.m. and work on a bread truck. Then they delivered newspapers before school.

When Dad became a man, he had a decision to make. Would he follow in his father’s footsteps or break the cycle? You can imagine how happy I am that my dad wanted to be a cycle breaker. The legacy of some men is how far they go, but my dad’s legacy can only be understood by looking at how far he came.

The impact of a father is undeniable. I am who I am today largely because my dad decided not to be the man his father was. I will always be so grateful. Thank you, Dad.

In other words, what it meant to be a father was completely un-exampled to him. As a result, he had to guess at how to be a father to my three younger brothers and me.

Fathering wasn’t a problem for my dad during the preteen years. But he was completely caught off guard by how rebellious, angry, and foolish I became as a teenager. I fell in with the party crowd, drank too much, started skipping school, and got into fistfights — a lot of fights.

Folly is bound up in the heart of a child, but the rod of discipline will drive it far away.

Every child starts out foolish. In my case, my dad had no fathering model for discipline, instruction, and correction to fall back on. It wasn’t his fault. As the saying goes, “You can’t give what you didn’t get.” You see, he simply wasn’t equipped to father the folly bound up in the heart of his child.

He had no training, no instruction, no discipleship. He was never invited to attend a parenting class or read a book like this. He didn’t have a men’s group or a couples’ group where he could get advice about how to handle my running away from home, having three encounters with law enforcement for drinking too much, and always getting into fights.

As a result, I ended up with a huge chip on my shoulder. And I dared anyone to try to knock it off. By the middle of my senior year, I was so far off the rails that I quit high school. My dad wasn’t going to let me hang around the house, so he drove me to the US Army enlistment office.

That turned out to be a great move, because in addition to protecting America’s freedom, the US Army has an impeccably successful system to knock chips off the shoulders of foolish young men.

In my case, the system was spearheaded by a ferocious drill sergeant who started each day by turning on every light in the barracks at 5:00 a.m. Then he’d lean down and put his grill six inches from my face and revel in screaming at the top of his lungs, “Get out of that bunk, you lazy piece of @$%#! Put on those combat boots, soldier! We’re going for a five-mile run before breakfast.”

The Army was good for me. I knew my dad loved me. However, it was the Army, through its discipline, that knocked the folly out of me.

Had the Army not dispensed the discipline that my father was not trained to give me, that chip on my shoulder could easily have ruined my life. Proverbs 19:3 tells us,

A person’s own folly leads to their ruin, yet their heart rages against the Lord.

Of course, there are a lot of angry men out there who still have those chips on their shoulders. Their hearts are full of rage. If you are one of those men, I would encourage you to not judge your father more harshly than he deserves. Most dads really want the best for their children, even those not equipped to give it. Sure, they made mistakes. You’ll make them too with your children. Forgive your father. And be sure to ask him to forgive you too, if possible. Many of us have been a lot more severe with our dads than they deserve.

With that said, every Christian father wants his children to grow up to love God and to love others. The purpose of this chapter is to give you the basic training on how to father your children in a way that will really make a difference for them.

What Our Kids Really Need

The challenging mission of a Christian father is to provide enough structure to drive out folly, while never letting your children have any reason to doubt that you unconditionally love and accept them.

When our own children were barely out of diapers, my wife and I attended a parenting seminar where counselor and author Larry Crabb was the speaker. He offered a simple, practical formula for correcting folly: “Yes, I love you, and no, you can’t have your own way.”

Virtually every parenting error you can think of will be the result of getting one or both statements out of kilter:

The Authoritarian Father: “No, I don’t love you, and no, you can’t have your own way.”

The Permissive Father: “Yes, I love you, and yes, you can have your own way.”

The Disconnected Father: “No, I don’t love you, and yes, you can have your own way.”

The Encouraging Father: “Yes, I love you, and no, you can’t have your own way.”

“Yes, I love you, and no, you can’t have your own way” is the big idea that can guide you to the right balance of structure and discipline you will need to drive out folly, while at the same time making sure your children never doubt your love.