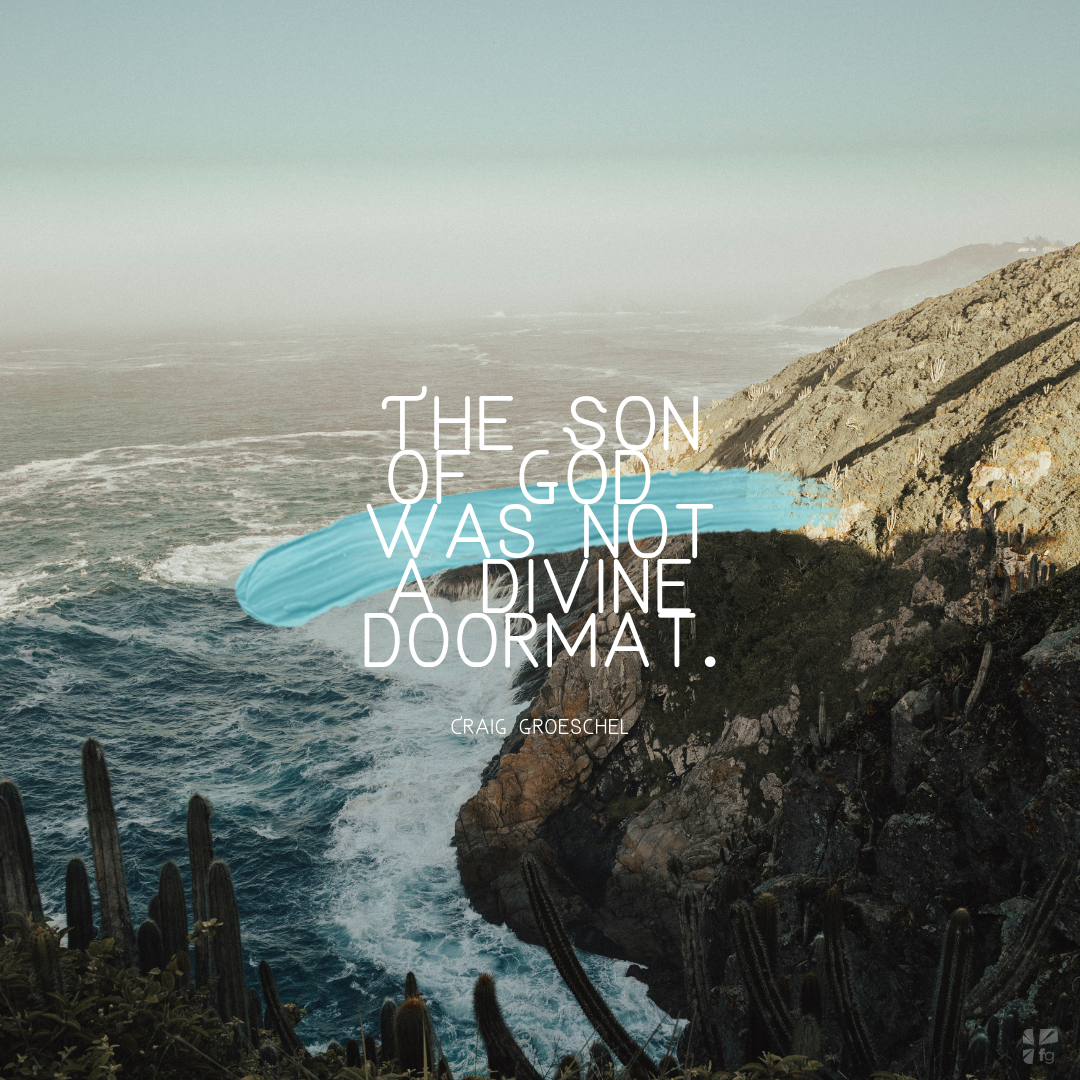 Fight the good fight for the true faith. Hold tightly to the eternal life to which God has called you, which you have declared so well before many witnesses. — 1 Timothy 6:12 NLT

If you’re a follower of Jesus, then you’re also a fighter.

So if we’re created in God’s image, then we, too, have this fighter inside us as part of our nature. This is not just a cultural, patriarchal thing. It’s a God thing — for all of us, both men and women — inherent to our Creator’s design.

And don’t forget the greatest warrior who ever lived, Jesus. Surprised? Many of us imagine Christ based on pictures of Him, all meek and mild, smiling as children gather at His feet with sheep grazing nearby. But if you look at his life, this picture is incomplete.

The Son of God was not a divine doormat.

He was overwhelmed with righteous anger, violently toppling the tables of the money-changers in His Father’s temple. He was the scandalous Messiah, willing to buck the Pharisees and their religious establishment. He is the fierce King of Kings whose eyes are like blazing fire and who wears a robe dipped in blood (Revelation 19:13).

Jesus is both the Lamb of God and the Lion of Judah, the Prince of Peace and the Risen Savior, overcoming sin and death once and for all. We must consider all of what the Bible tells us to fully appreciate God’s character and Jesus’ example. No doubt about it, Jesus was a fighter.

And so are you.

Jesus, I want to be both gentle and defiant, meek as a lamb and fierce as a lion, just like You. Today I will fight whatever stands in the way of growing in my faith.

You are a fighter in the Kingdom of God. Today, let’s fight whatever is blocking us from believing Jesus wholeheartedly and living for Him full-force. Come share your thoughts on our Lord being a warrior on our blog. We want to hear from you!