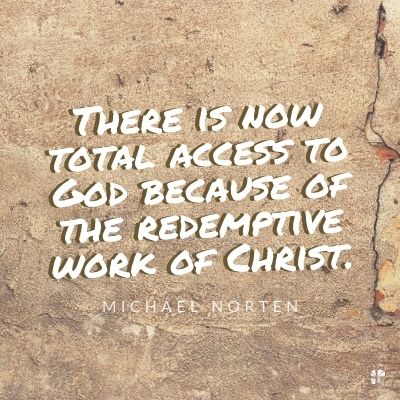 Editors Note: Amazing prophecies of God’s plans for the world can be found embedded in the customs of the feasts of Israel. The intricate detail of the prophecies illustrated in the observances of these feasts provide insight into God’s plan for the ages. On the evening of September 15th Yom Kippur, the Day of Atonement begins and it continues through the evening of the 16th. For Jews, it is a day of repentance to God often observed by 25 hours of fasting, going to synagogue and praying. Yom Kippur is considered the holiest day of the year and it brings an end to the High Holy days for the year. For Advent and Passover we shared excerpts of Unlocking The Secrets Of The Feasts which were both received with overwhelming response. Enjoy this excerpt for Yom Kippur!

The Second of the Fall Feasts

The Day of Atonement (Yom Kippur) follows closely after Rosh Hashanah. We read in Leviticus 23:26-28:

The Lord spoke to Moses, saying, ‘On exactly the tenth day of this seventh month is the Day of Atonement; it shall be a holy convocation for you, and you shall humble your souls and present an offering by fire to the Lord. You shall not do any work on this same day, for it is a day of atonement, to make atonement on your behalf before the Lord your God.’

The Jews consider the Day of Atonement the holiest day in all, for it is on this day that Israel would be forgiven of their sins or would face judgment. Devout Jews tell me that this day understandably brings plenty of anxiety into their hearts. Isn’t it wonderful that we believers in our Lord and Savior Jesus Christ have the peace and assurance that our sins are forgiven eternally, because of what He has done on the cross! Yom Kippur literally means “Day of Covering.” The word Kippur also means “ransom.” It is to show God’s willingness to cover the sins of the previous year. While the animal that was sacrificed had to be one year old in order to provide atonement for the previous sins for one year, Christ, being eternal, provided atonement for an eternity!

Leviticus 16:29 gives further instructions on how the Jews were to observe Yom Kippur:

On the tenth day of the seventh month you shall humble your souls and not do any work.

In explaining what must characterize the act of humbling oneself, the rabbis say one must avoid eating and drinking, bathing or washing, marital relations, putting on perfumes or lotions, and wearing leather shoes. Now “refraining from the wearing of leather shoes” threw me. I asked about it and was informed that wearing leather shoes signified luxury. They wear comfort socks instead!

According to Leviticus 16:31–33, the high priest was to put on his linen garments and was to make atonement for the Most Holy Place, the tent or temple, the altar, himself (high priest), the priests (Levites), and the people (Israelites) — all in that order. Leviticus 16:3–4 states:

Aaron shall enter the holy place with this: with a bull for a sin offering and a ram for a burnt offering. He shall put on the holy linen tunic, and the linen undergarments shall be next to his body, and he shall be girded with the linen sash, and attired with the linen turban (these are holy garments). Then he shall bathe his body in water and put them on.

This is not the colorful robe the high priest usually wore. This was a plain white linen garment. This observance was to be performed once a year according to Leviticus 16:34:

Now you shall have this as a permanent statute, to make atonement for the sons of Israel, for all their sins once every year.

The procedure had four parts as spelled out in Leviticus 16:13–14: take fire from the altar of incense, offer sacrifices and place the blood of these sacrifices in a bowl, sprinkle the blood in the Holy Place and upon the mercy seat of the Ark seven times. The ingredients of the incense are found in Exodus 30:34:

Then the Lord said to Moses, ‘Take for yourself spices, stacte and onycha and galbanum, spices with pure frankincense; there shall be an equal part of each.’

One of the most important aspects of the observance of the Day of Atonement was the scapegoat. We read in Leviticus 16:7–8:

Laying both hands on the head of the goat, the high priest then confessed the sins of the people. After that he sent the goat away to the wilderness by an appointed person. This fulfills the requirement explained in Leviticus 16:22:

The goat shall bear on itself all their iniquities to a solitary land; and he shall release the goat in the wilderness.

This also ties into Isaiah 53:6, which says:

All of us like sheep have gone astray, each of us has turned to his own way; but the Lord has caused the iniquity of us all to fall on Him.

The Talmud, Tractate Shabbat Folio 86a, states: “How do we know that a crimson-colored strap is tied to the head of the goat that is sent [to ‘Azaz’el]? Because it is said, ‘If your sins be as scarlet, they shall be as white as snow (Isaiah 1:18).’ By a miracle this crimson-colored strap turned white, thus showing the people that they were forgiven of their sins.” It then explains: “Rabbi Ishmael says, ‘Now did they not have another sign? There was a crimson thread tied to the door of the sanctuary. When the goat had reached the wilderness, the thread would turn white, as it says, “Though your sins be as scarlet, they shall be white as snow.”’” That is fascinating, but this becomes totally amazing when another section of the Talmud (Yoma 39b) says: “Our Rabbis taught: ‘During the last forty years before the destruction of the Temple the lot [‘For the Lord’] did not come up in the right hand; nor did the crimson-colored strap become white… and the doors of the Hekal (the temple) would open by themselves.’”

After Christ was crucified, the crimson strap on the scapegoat and the crimson thread on the temple door never turned white again! Apparently, God was reminding the Jews that Jesus is the true scapegoat once and for all. Jesus fulfilled the promise of both goats. He paid the penalty for our sins and removed our sins as well! Since the lot that was drawn for the goat for sacrifice to the Lord never came up in the right hand, this, too, was a sign that God did not accept their offering again. Hebrews 9:11–12 says:

But when Christ appeared as a high priest of the good things to come, He entered through the greater and more perfect tabernacle, not made with hands, that is to say, not of this creation; and not through the blood of goats and calves, but through His own blood, He entered the holy place once for all, having obtained eternal redemption.

As already noted earlier, the Talmud says that the temple doors were found open by themselves each evening. In his writings, The Wars of the Jews (Josephus Complete Works), Josephus said, “At the same festival (Passover)… the Eastern gate of the inner court of the Temple, which was of brass, and vastly heavy, and had been with difficulty shut by twenty men, and rested upon a base armored with iron, and had bolts fastened very deep into the firm floor, which was there made of one entire stone, was seen to be opened of its own accord about the sixth hour of the night.”

This is similar to the tearing of the veil, which is a sign that there is now total access to God because of the redemptive work of Christ.

Excerpted with permission from Unlocking the Secrets of the Feasts by Michael Norten, copyright Thomas Nelson.

Aren’t you glad we are forgiven of our sins through the blood of Jesus Christ? As you learn about the history of Yom Kippur what light does it shed on what Jesus did for you? Come share with us on our blog. We would love to hear from you about the forgiveness we have freely in Jesus! ~ Devotionals Daily