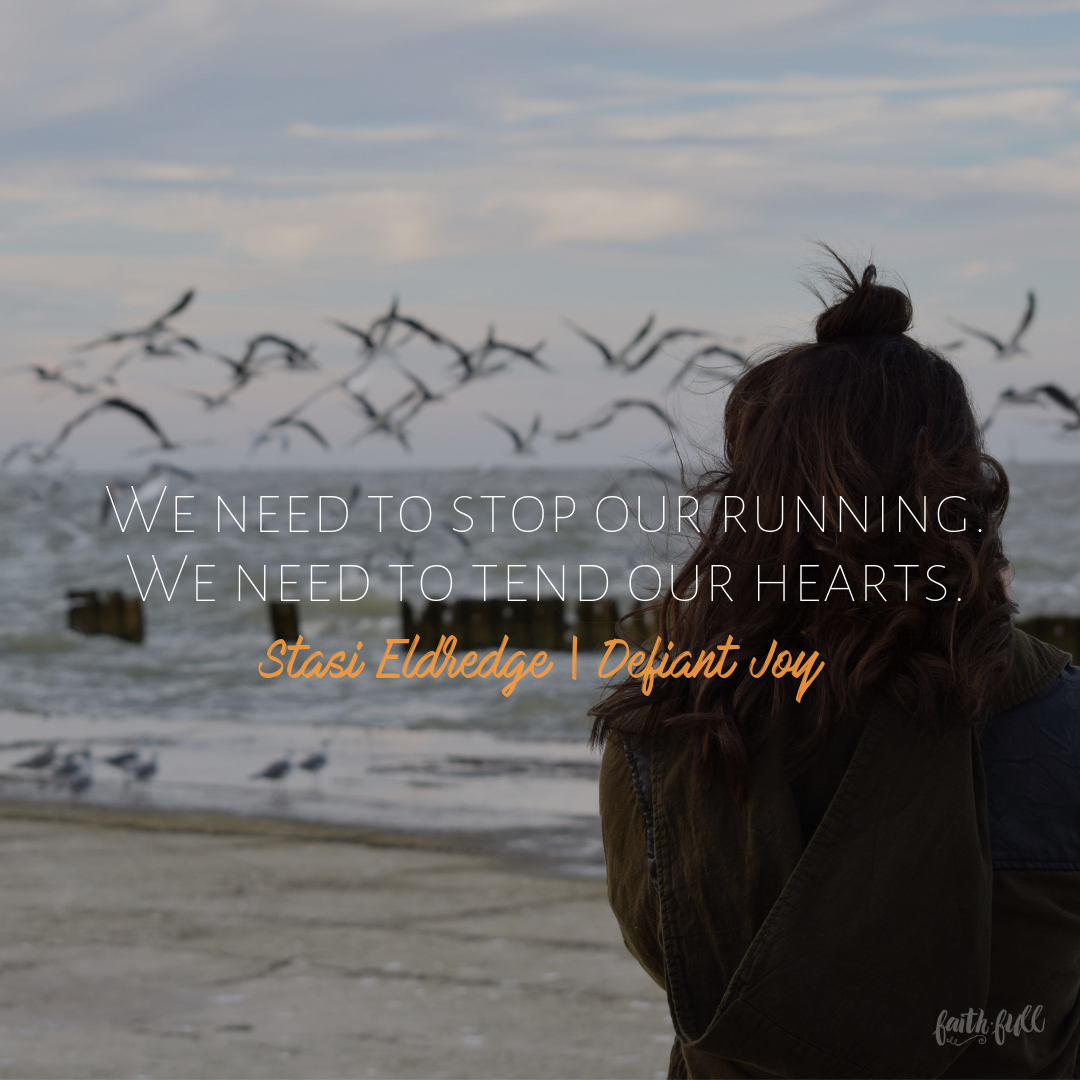 The tree was moving. There was no wind, but the leaves were fluttering with life. It was as if it had been quickened by an invisible command that no one could hear. No one, that is, but those who could fly.

I approached the tree to get a closer look, and as I did the leaves erupted with the sound of hundreds of beating wings. As one, the tiny birds took to the air and swept the sky like a banner of silk waving in the breeze. I had come too near. Watching this aerial symphony take flight filled me with joy, their fluttering beauty a surprise of delight. They did not go far. A nearby tree had suddenly become much more appealing, and the flock settled there, setting it ablaze with tiny movements.

As the saying goes, the grass was greener across the street.

And now a cow was bellowing. I heard the cry go up and recognized the call of a mother separated from her child. It was a cross between longing and irritation. “Where did you go? I told you to stay right here.” Dinner was ready, her udder was full, and her little one was nowhere to be found.

Without looking, I knew where the calf would be. It would be grazing just on the other side of the fence. The grass is always so much greener there.

For me growing up, the grass was greener at my grandparents’ house. My parents didn’t fight there. I wasn’t as invisible at their home as I was at my own. Oftentimes, when we arrived, my grandmother had a present for me. Why didn’t we live there, for heaven’s sake?

When I was four years old, I determined that we should live there. Well, at least I thought that I should. We lived in Kansas City at the time, while my grandparents lived in New Jersey, and my young heart decided that I would walk there. I hadn’t been off my street before, but I figured that if I walked a good twenty minutes, I would get there. In fact, I drew a map. I packed my little red-and-white case for dolls and took off.

I made it two blocks.

Later my family moved to Southern California, and I was no longer interested in running away to my grandparents’ home. The allure was gone. Instead I wanted to go back to our neighborhood in Kansas City. The green grass was now growing there. My mother was happier there. My sisters and brother weren’t angry and sad there. When we lived there, my father raged much less. In Kansas there were thunderstorms and the fragrance of fields and friends who liked me, and it was my home. It was in Kansas that I had felt God begin to woo me to His heart. Now my life was unknown and frightening, and I felt so alone. Where was God in this place?

I decided the only answer was for me to run away back to Kansas. I got on my bike to ride to the airport so I could catch a plane back to my real home. I got many blocks farther this time, but then, with tears streaming down my face, I realized I didn’t know how to get to the airport, let alone come up with a ticket. I had to turn back.

What about you? Have you ever gone looking for a reprieve — a taste of beauty, a respite, an escape — when your world became too complicated or too overwhelming? Did you think everything might be generally better somewhere else, anywhere else? Maybe you were a little girl who went to the swing set or the tree fort. Maybe you went to your grandmother’s house or walked in a field. As a young woman, did you try to run somewhere that felt safer when life became too threatening? Where did you go? To a book? To a movie? To a man? To church?

The world does become too complicated, too overwhelming, too filled with pain so much of the time. As children, we don’t have the capacity to make sense of it, let alone process it. If our lives become too filled with trauma, a part of us disappears. We push down what we can’t understand or resolve and instead go looking for greener grass to distract us from the ache. But that doesn’t really work. At least not in the long-term.

We need to stop our running. We need to tend our hearts.

One of the best ways we can do that is by honoring the story of our lives, by letting that part of us and our past that has been tamped down rise back to the surface, and then inviting Jesus into it. If we are to find our way to an authentic life characterized by joy, one that isn’t constantly looking for something better elsewhere, we will need to face the truth about our lives with merciful honesty and choose to linger in it long enough for the Holy Spirit to do His gentle yet persistent redemptive work.

I haven’t always walked in this kind of Spirit-filled honesty myself. For a long time, I didn’t know I needed to own my story — really own it and not run from the reality of it and, in my own way, tell it — in order to facilitate healing of the very real damage done to my soul. Because of my embarrassment and fear, as well as a lack of understanding of how healing works, when I told the story of my life in the past, I left the most impactful parts on the editing-room floor. I am only now beginning to skim the surface of telling my full story. I recently told it in more depth to a small group of trusted people in a covenant of confidentiality. But even then I could not tell all. I cannot tell all now.

But I can tell more.

And I can tell you that what I’ve found on the other side of all that redemptive telling is an open door to healing. The more honest we are able to be about our lives, the more healing and life we will know.1

And healing, while it can be a longer process than we’d hoped, is a grace-filled one that always brings joy.

1. Dan Allender, To Be Told: God Invites You to Coauthor Your Future (Colorado Springs: WaterBrook, 2005).

What is your story? Even the messy parts, even the parts you may have wished at times that you could run away from, every single part of your story can be used for God’s glory. Let’s go for the joy that’s to come through healing! Come share with us on our blog. We want to hear from you! ~ Laurie McClure, Faith.Full