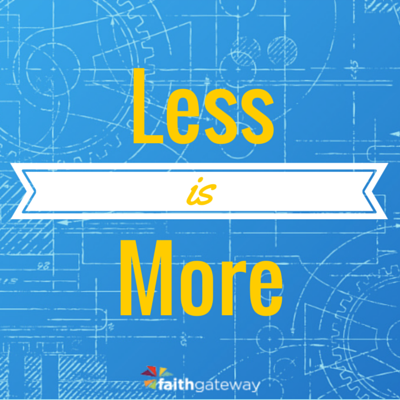 What if this church were more like a movement than a ministry?

Do you have this picture in your mind? For me it’s not too difficult to imagine. I’ve been living inside this picture for the last few years.

Christ the King Community Church held its first worship service on Sunday evening, April 4, 1999, in Mount Vernon, Washington. In May of that year, CTK began to hold morning services, going to two services in September and three services the following February. During its first year, Christ the King of Skagit Valley grew at a rate of 12 percent a month to an average of over 500 people per week, with a high attendance of 763. By the end of CTK’s first year, thirty-eight small groups were convening weekly in Jesus’ name for friendship, growth, encouragement, and outreach.

From 2000 to 2004, CTK established hundreds of small groups throughout the region, with worship centers located in ten cities, in four counties. In 2004, Outreach Magazine recognized CTK as one of the fastest-growing churches in America.

In 2005, CTK began to expand across the country and around the world. We are now poised to go as far as relationships will take us (a current list of locations can be found online at www.ctkonline.com). CTK has experienced extraordinary results by keeping it simple.

Church growth in the seventies, eighties, and nineties was defined by the megachurch. As researcher George Barna says, “We live in an era of hyperbole. Everything is supersized, global, mega-this, and biggest-ever-that. Even the religious community has succumbed to the world’s infatuation with size. The pinnacle of church success is to become a megachurch.”

Megachurches have proven they are able to reach thousands of people with burgeoning budgets, sprawling campuses, huge payroll, and extensive programming. Large churches have demonstrated for the past three decades that more can be more.

Deliberate Simplicity is a new equation for church development. It says less can also be more.

This represents a paradigm shift. When the paradigm shifts, the rules change. In baseball, for example, the foul lines are part of the paradigm. If the ball lands on one side of the line, it’s a fair ball. If it lands on the other side of the line, it’s a foul ball. If the ball is hit over the fence, it’s a home run. If it lands short of the fence, it’s playable. What accounts for these differences? The paradigm. A paradigm is a set of rules that tell you how to play the game in order to be successful.

When I say that Deliberate Simplicity is a new paradigm for the church, I’m saying the lines have been moved from where you might expect to find them in a traditional church. “Traditional church” may sound pejorative. Here we mean simply a church defined by its locale, programs, facility, or denomination. If you hear someone say,

they are probably talking about a traditional church.

The main ideas of Deliberate Simplicity are outlined in six sections. The first three (minimality, intentionality, reality) explain how less is more. The last three (multility, velocity, scalability) expand on how more is better. The modular approach I have taken to writing about Deliberate Simplicity mirrors the modular approach we have taken in ministry. Each of the six chapters can stand on its own but is also part of a greater whole.

The differences between a Deliberately Simple church and a traditional church need to be discussed, because when you are in the middle of a paradigm, it is sometimes hard to imagine any other paradigm. Upside Down Map Co. of Derby, England, recently teamed up with Map Link Inc. of Santa Barbara, California, to print a road map of California with north and south reversed to make map reading easier for drivers heading south. Why didn’t I think of that? Probably because I was stuck in a paradigm that says a map always has to be laid out with N pointing up. When you get out of the box, you can see new possibilities.

Fifty years ago a church “map” invariably involved a church with a steeple, a seminary-trained minister in a three-piece suit or robe, a pew-filled sanctuary, hymnals, an organist, and a sermon delivered from behind a wooden pulpit. Today, if you participate in a Deliberately Simple church, you will most likely meet in a rented auditorium, sit on a stackable chair, sing along with projected lyrics and a rock band, and hear conversational teaching by a bivocational pastor in blue jeans sitting on a stool.

Church growth expert Peter Wagner speculates that the number of churches that are out of the box now exceeds the amount of churches in the largest Protestant denomination, which has around forty thousand churches nationwide. Donald Miller, professor at the University of California at Berkeley, outlines twelve characteristics of the “New Paradigm Church”:

Of the twelve characteristics, which three do you believe have special importance?

We’d love to hear your thoughts about Dave Browning’s new equation and the Deliberately Simple church. Join the conversation and leave a comment below!