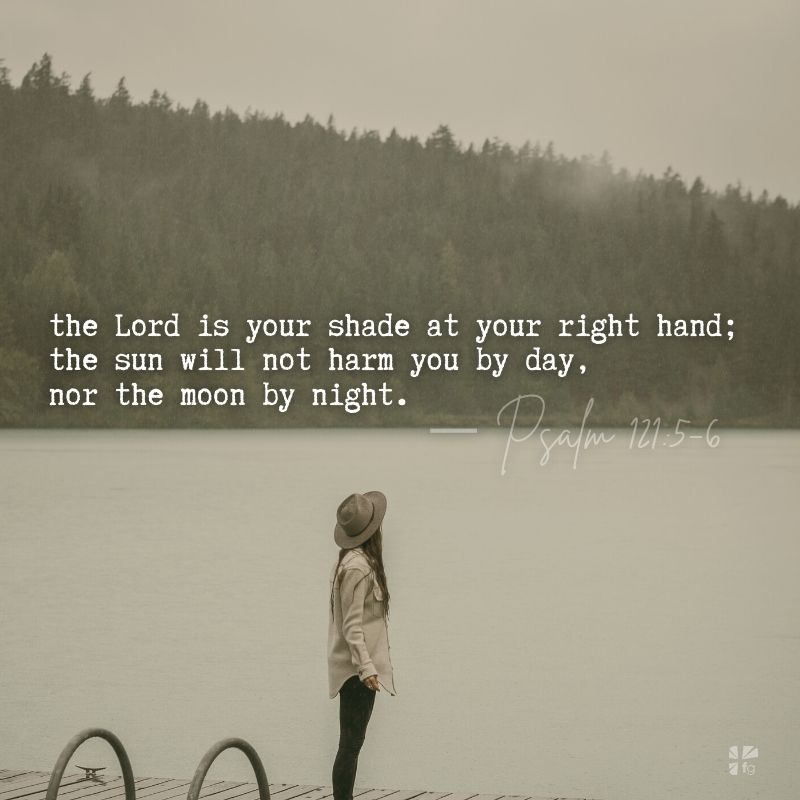 A cheerful heart is good medicine, but a crushed spirit dries up the bones. — Proverbs 17:22

Two words spoken to me by my mentor, Dr. Francis MacNutt, totally changed my life. I was seeking his counsel when he advised me to “have fun.” Because of my deepest respect for him, his words greatly impacted my life. “Have fun.”

Agnes Sanford (credited for shaping Christian healing ministry as we know it today), Sir Winston Churchill, President Abraham Lincoln, and actor Robin Williams are just a few of the famous people who suffered from depression. Churchill even had a pet name for it, “The Black Dog.” Depression is pervasive and indiscriminate in whomever it afflicts.

How do we safely navigate the landmines of depression? Yes, there are medications available to help alleviate its impact on us. And after praying for God’s blessings on any and all medications before we take them, they can be effective. But at best they are only a Band-Aid if the underlying causes are not resolved. There are nearly as many reasons for depression as there are antidepressants. There are, however, a few contributing factors that are frequently suspected. Is depression learned from a family member? Is depression a generational issue? Is its origin genetic? Can it be induced by circumstances or situations in life? Can depression become habit forming?

My response would be yes to all the above.

Depression strikes whoever… whenever; but it is especially virulent in the winter. In the healing ministry we are most apt to have increased numbers of prayer appointments with supplicants during the winter months. During those appointments, however, we can unpack a depressant’s history and expose the root… chase off and put down Churchill’s “Black Dog,” by setting that captive free.

A quick check of Merriam-Webster.com provided this definition of depression, along with some of its synonyms:

In 1978 I suffered badly from clinical depression after I received news that four of my recruits had died. As their drill instructor, I went into such a tailspin that I could not talk for a week and proceeded to stutter for six months thereafter. During that time, my mind would go to a very dark, damp, smelly place — a “Black Dog” place. I could get there so very fast! While there I would second-guess myself as to what more I could have, should have, would have done in training those lads that may have saved them. If I could have thought rationally, I would have known that their deaths were not my fault; but this depression kept me from thinking clearly. It was hell on earth, and even the prescribed medications did not work.

I was finally set free when I invited angels to go into my “Black Dog” familiar place and overpower the darkness.

As I look back today, I have no idea why suicide did not enter my mind. Perhaps it is because the depression was accompanied by such low energy that I could not muster a desire, much less a plan, to do it. I now know, unmistakably, that survivors’ guilt and depression had a choke hold on me. Everything in my life was distorted. I was blinded by darkness. I could not find a ray of hope. Where are You, God? I often asked.

Words from Job 30:24–31 in The Message resonate with me now — they are a brilliant description of depression:

What did I do to deserve this? Did I ever hit anyone who was calling for help? Haven’t I wept for those who live a hard life, been heartsick over the lot of the poor? But where did it get me? I expected good but evil showed up. I looked for light but darkness fell. My stomach’s in a constant churning, never settles down. Each day confronts me with more suffering. I walk under a black cloud. The sun is gone. I stand in the congregation and protest. I howl with the jackals, I hoot with the owls. I’m black-and-blue all over, burning up with fever. My fiddle plays nothing but the blues; my mouth harp wails laments.

Then one day, in a dream, I invited a “clean-up crew” into that dark space in my mind. The crew was made up of angels. They brought shovels, brooms, and wheelbarrows and carried away the garbage. They even pulled up the carpet, exposing a lot of “stuff” hidden underneath. It was such a mess. All the garbage that had been stored in my brain was causing my brain to emotionally rot.

In my dream, there was a cute designer angel who came with a note pad and totally redesigned the once dark space. Builder angels came and installed a palladium window and a huge flat screen TV, along with a rather nice “decliner.” (I used to call them recliners… not so much now!) My familiar go-to dark place was demolished and was rebuilt from the ground up. The new go-to place was a modern, brightly lit man cave filled with great joy. Despite my curiosity and various attempts to access that dark, old place, it vanished, as did the burden of depression. I could no longer blame myself for the deaths of those lads because rational, sane thinking (without self-condemnation) had been restored.

The Lord showed me His presence as I emerged from that dark place. In this vision I noticed a big, black eight-ball and a ridiculously lengthy pipe that ran deep into the earth… deep into hell. I watched as a lever released the black eight-ball, which followed the path of a rail track affixed to the pipe. I watched as the ball stayed its course deep into the earth. As it descended it traveled faster and faster until it looked to be out of control, disappearing into the abyss. I felt ill, sick to my stomach. I was at the proverbial end of my rope.

Then I saw the hand of Jesus Christ appear near the bottom end of the pipe. With one hand He stopped the ball from spiraling out of control. It brought me great relief. Thereafter, each time I felt depressed and attempted to return to this hellish black abyss in my mind, I would see the hand of Jesus reaching closer and closer to the lever responsible for releasing the eight-ball! Then one glorious day, I saw His hand on the lever as He stopped the action completely. From that time forward, He never again let me go into that place of darkness. I was set free!

Many years later, on August 5, 2010, a hellacious mining accident occurred in Chile. For two months, thirty-three miners were trapped twenty-three hundred feet below the earth’s surface. What a tragedy it was. Television news played footage of an endless tube being drilled through rock into the earth. I was suddenly reminded of the rod in my dream. One by one the surviving miners were pulled up to safety via that tube.

Since October 2009, when I survived a nearly terminal case of the swine flu (H1N1), my lungs have been greatly compromised. As I watched those miners emerge from the bowels of the earth, I could well imagine how incredible it must have been for them to breathe their first fresh air in two months! That is the freedom the Lord blessed me with when He delivered me from depression. It was as though I was able to breathe deeply after having held my breath for the duration of the depression.

I was eventually able to “proof test” my miraculous healing later, following a time when someone very close to me perpetrated a diabolical act of betrayal. I previously had complete confidence in this person who made a deliberate and calculating attempt to hijack my position in ministry. Every button was pushed as my world crashed in on me after I discovered this nefarious plot. I slipped away to the chapel on the property where I was living at that time and tried to return to the old familiar dark place in my mind. I so wanted to wallow in that hellish place again while I suffered gut-wrenching pain and grief. I just wanted to go back — deep into that place… I deserved it, I needed it. As Proverbs 26:11 cautions,

As a dog returns to its vomit, so fools repeat their folly.

But thanks be to God, I could not get there — I could not access it! All I reached was that new angel-designed man cave of great joy. Instead of wallowing, I found myself laughing… in great excitement. In the midst of my pain, I rejoiced because I had truly been set free from the dreaded “Black Dog” depression. Even in my frenzy, the Lord proved that He had set this captive free.

In transparency, I confess a part of me was a bit sad. I just wanted to have a pity party for an extended time, but the door had been permanently closed. I had been healed. To this very day I have not been able to access that dreadful place, no matter how dire my circumstances. And I certainly have dipped into emotional black ops from time to time, especially as I battled the swine flu and its aftermath. But I’ve never returned to that trash pit of hell where I used to take refuge during painful times.

As I have already written, the causes of depression may be as varied as the number of people who have been so afflicted. In healing ministry, however, we can unpack the specific causes with supplicants, so that their impact is rendered null and void. I queried earlier whether depression is a learned behavior, but why does it matter? Through prayer any behavior can be unlearned. Sometimes depression can be triggered by a biochemical “abnormality” or, perhaps, rooted in our DNA. Women sometimes experience physical and emotional post-partum depression following giving birth. Grief — due to loss of jobs, deaths, relationships, moves, and so on — is also on the long list of suspect causes.

The good news is, however, that our God is greater!

I lift up my eyes to the mountains — where does my help come from?
My help comes from the Lord,
the Maker of heaven and earth.

the Lord is your shade at your right hand; the sun will not harm you by day,
nor the moon by night.
The Lord will keep you from all harm— he will watch over your life;

the Lord will watch over your coming and going both now and forevermore.

Beloved, our Lord Jesus Christ will never leave people nor forsake them. He is their Maker and is with them always. He will watch over their lives.

Sir Winston Churchill said, “If you are going through Hell, keep going . . .”

So may it be with our supplicants who struggle with depression. Help them to press on in the face of aridity and disenchantment… press on! Give it all to the Lord; lay it all at the foot of His cross. Pray for His rewiring of their brains. Pray, in the name of the one and only Jesus Christ, that depression leaves them. Pray that their minds and emotions are recovered in the perfection in which they were created.

Anyone who has experienced depression knows how deep the cavern goes. Keep going! Press on! The Lord will never leave you or forsake you. God is greater than whatever is the cause of the depression. Come share your thoughts with us on our blog. We want to hear from you! ~ Devotionals Daily