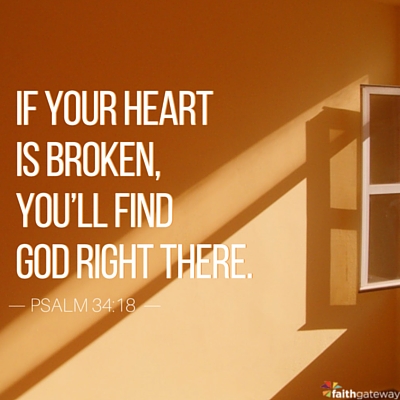 I was thirteen, working on some homework at the kitchen table when the yellow crank-dial phone that hung on the wall rang. My mom was washing dishes at the time, and I remember her gently drying off her hands before she answered it.

A few minutes later, she slowly hung up the phone and turned to me with tears in her eyes.

“Sam took his own life,” she said.

My good friend — the right fielder on our summer baseball team, the boy with a quick wit — got off the bus, ate a snack, then made his way to the basement of his house where he ended  his life.

No note. No explanation. Nothing but shock.

I remember going to the funeral home with classmates. As I sat near the back of the room, the quiet was interrupted by the sound of an occasional sniffle. Everyone watched as Sam’s mom leaned on the casket, her legs buckling under the emotional weight of it.

“Why do people commit suicide?” my daughter asked me recently.

“Some people do it because they are committed to a cause,” I explained. I told her about the followers of Heaven’s Gate,  the Branch Davidians, the 913 followers of Jim Jones, as well as suicide bombers committed to sacrificing their lives for jihad. “For others,” I continued, “it’s a long, painful battle with a chronic illness. After years of aches and pains, lying on their back or being confined to a wheelchair, they throw in the towel.”

For many senior adults, loneliness leads them to take their life. A loved one has passed on, and they can’t stomach the thought of spending another holiday isolated in their house or in a nursing home.

For some teenagers, it’s a cry for attention. The music they listen to and the movies they watch may glamorize suicide, lionizing the person who takes their own life.

The list of reasons is long. But the reality is that depression is the leading cause of suicide in the United States. Ninety percent of all suicides are depression related.

We all deal with sadness in our lives from time to time; we all battle mood swings, and we all have our weak moments. But not all of us have a chemical imbalance in our bodies that causes us to believe there is no light at the end of the tunnel, no reason to get out of bed. Sadly, many people don’t know about the great combination of prayer and pills to help them deal with the hopeless feeling that the sun is never going to shine again.

Add to the misery a very real enemy who attacks and taunts and accuses and whispers, “You won’t be missed. No one cares about you. No one loves you.”

Satan has only one purpose, which is to steal, kill, and destroy you and me. He will steal our sense of value and convince us that life is pointless. He will kill us by confusing us to the point that we die emotionally long before we grab a bottle of pills or a handgun.

And “destroy” — isn’t that what suicide does? It destroys hope for those who take their lives, and for the family members left behind.

“He was a murderer from the beginning,” Jesus also said of Satan, “not holding to the truth, for there is no truth in him. When he lies, he speaks his native language, for he is a liar and the father of lies” (John 8:44 NIV).

Satan convinces people that dying is better than living, when in reality suicide doesn’t solve or simplify the problem. It only complicates and compounds the problem.

Our enemy is real and subtle, and unfortunately he has impeccable timing. He knows what to say, when to say it, and most importantly, to whom to say it.

Larry was one of those people. Satan had his ear and his undivided attention.

I had to tell Larry’s middle school – and his high school–aged sons that their dad had ended his life. They walked into the living room after football practice, and the minute they saw me sitting on the couch, one of them ran outside. The other son shook his head and said, “He finally did it, didn’t he?” They knew.

Their dad had lost his job months earlier, and they’d watched him spiral into a deep, dark pit of despair. His identity as a man was defined by his job and the paycheck it provided, so when the job was taken away, his reason for living went with it.

The morning after breaking the news to them, I found myself sitting in the bedroom of the youngest son. A picture of his baseball team sat nearby. His dad had been his coach.

“Is my dad in heaven or hell?” he asked me. His voice was barely audible.

“I don’t get to decide that. That’s between God and your dad,” I said.

“Someone told my mom that suicide is unforgivable. Is that true?” he asked.

“The Bible doesn’t say that,” I responded. “I’m sorry someone said that to your mom.”

Suicide is sinful. The Bible clearly teaches that God has numbered our days, and when we cut those days short, we circumvent the plan of God. To commit suicide is to murder oneself, violating the sixth commandment in the process.

You are not your own; you were bought at a price. Therefore honor God with your bodies. — 1 Corinthians 6:19–20 NIV

Suicide limits the power of God. When a person takes their own life, they are boldly declaring, “My problem is bigger than God’s power.” And that is never true.

Like all sin, suicide breaks the heart of God. But is it unforgivable? Let’s explore that.

There are six suicides mentioned in the pages of the Bible, but none of them is referred to as an “unforgivable” sin. The most infamous suicide in the Bible is that of Judas. When talking about his betrayal, Jesus said of Judas, “It would have been good for that man if he had not been born” (Matthew 26:24). I’ve been in church services and funerals where that one verse is used to declare that all who commit suicide go immediately to hell.

But Jesus didn’t say that.

Anything else would be inconsistent with the ministry of Jesus, the teaching of Jesus, and the salvation that Jesus came to freely give to all people.

Sin. All sin. Including suicide.

For I am convinced that neither death nor life, neither angels nor demons, neither the present nor the future, nor any powers, neither height nor depth, nor anything else in all creation, will be able to separate us from the love of God that is in Christ Jesus our Lord. — Romans 8:38–39 NIV, emphasis mine

Jesus experienced an emotional low in His life and reached the conclusion in the Garden of Gethsemane that dying would be better than living, saying,

My soul is overwhelmed with sorrow to the point of death. — Matthew 26:38 NIV

That is a sadness I’ve never experienced in my life.

The apostle Paul found the bottom of the barrel as well. He wrote,

We were under great pressure, far beyond our ability to endure, so that we despaired of life itself. — 2 Corinthians 1:8 NIV

But neither of them committed suicide. Paul and Jesus reached the same conclusion:

I can validate that, as a person left behind to deal with the family members of those who take their lives and the questions and the confusion suicide creates. So if you or someone you know is struggling with loneliness, sadness, depression, or thoughts of suicide, I want you to know that help and hope are available.

Is anyone crying for help? God is listening, ready to rescue you. If your heart is broken, you’ll find God right there; if you’re kicked in the gut, He’ll help you catch your breath. — Psalm 34:17–18 MSG

You can run to God.

God is our refuge and strength, a very present help in trouble. — Psalm 46:1

Suicidal thoughts might provide the greatest “me too” opportunity for us to love people where they are and as they are. God wants us to lighten people’s emotional loads:

Bear one another’s burdens, and so fulfill the law of Christ.— Galatians 6:2

Shared joy is double joy, but shared pain is half pain.

In the aftermath of my friend’s suicide, I wish I knew what I know now. No one knew what to say at his funeral or to his parents. I would want Mrs. Reily to know that God is a dad who understands moms.

He feels your pain.

Excerpted with permission from Me Too by Jon Weece, copyright Jon Weece.