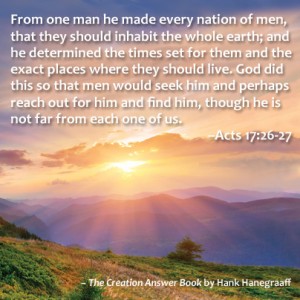 Under the banner of “theistic evolution,” a growing number of Christians maintain that God used evolution as his method for creation. This, in my estimation, is the worst of all possibilities. It is one thing to believe in evolution; it is quite another to blame God for it.

Furthermore, evolution is the cruelest, most inefficient system for creation imaginable. Perhaps Nobel Prize–winning evolutionist Jacques Monod put it best: “The struggle for life and elimination of the weakest is a horrible process, against which our whole modern ethic revolts.” Indeed, says Monod, “I am surprised that a Christian would defend the idea that this is the process which God more or less set up in order to have evolution.”

Evolutionism is fighting for its very life. Rather than prop it up with theories such as theistic evolution, thinking people everywhere must be on the vanguard of demonstrating its demise.

From one man he made every nation of men, that they should inhabit the whole earth; and he determined the times set for them and the exact places where they should live. God did this so that men would seek him and perhaps reach out for him and find him, though he is not far from each one of us. — Acts 17:26-27 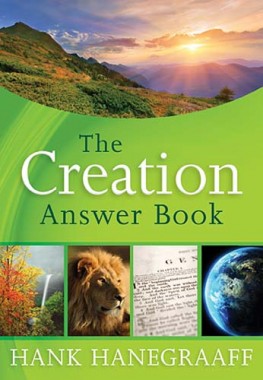