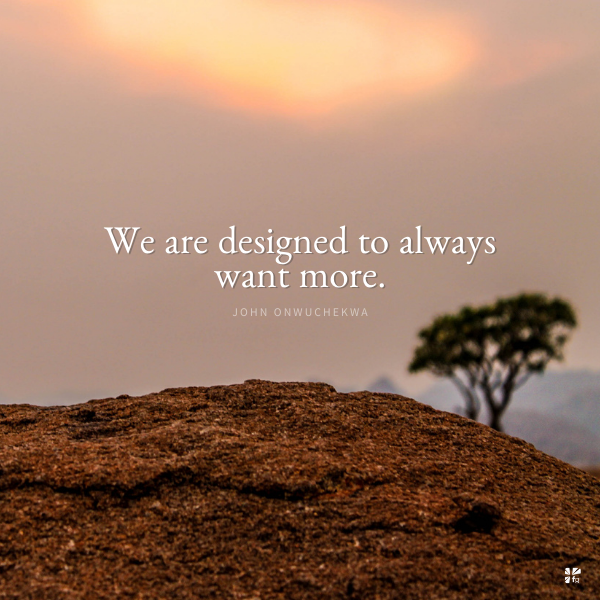 I wish you could meet Harlie. She knows what’s up. I met her over a decade ago at the bakery next door to my church in downtown Atlanta. I’d go there five days a week and order coffee. You want to get better at turning strangers into friends? Here’s a pro tip: Remember names. Someone’s first name is the sweetest word in any language. Sounds simple, right? But I’ve found that if you ask someone’s name and then make sure you call them by their name, about the third time they start feeling insecure about not know- ing yours. And so the questions begin. Before you know it, meaningless interactions — like me ordering the same cup of coffee every day — transform into meaningful relationships. And that’s what happened with Harlie.

You feeling disconnected? Maybe you find yourself seeing the same people over and over but never actually getting to know them. Let me help you out.

• Write down a couple of the places you frequent. Maybe, like me, it’s a place where you get coffee.

• Leave a space for the names of the folks you interact with but otherwise don’t know.

• Here’s my challenge — see if you can fill that space with a name. Maybe you’ll find that by the third time you mention their name, you’ve got a lot more to write about the relationship you’ve started to build.

Harlie and I got to talking. Her story read like an after-school special. She gave her life to drugs too young. And as anyone knows who’s experienced that firsthand, or is close to someone who has, the drugs are never enough. But thank God Harlie’s rock bottom was an awakening, not an early grave. God gave her the gift of desperation. She left the drugs behind and started running instead. And I mean, twenty-six point two miles in the Atlanta sun running! She loved it — the thrill, the accomplishment. The steady drumbeat of hands clapping as she neared the finish line was her favorite song. Or it was, until she realized that running had become just another drug, another kind of addiction. It wasn’t immoral. But it proved every bit as destructive. Just like before, her whole life was consumed by the pursuit.

Fam, I was shocked. I had thought the problem was what Harlie was chasing. Running is a whole lot healthier than cocaine, right? John, she said, I found that when I made running the center of my life, there wasn’t enough of that either. It wasn’t the drugs or the running; it was the addictive pursuit of something that could never satisfy. What she did wasn’t nearly as important as why she did it. That’s left a lasting impression on me.

Realizing she had more than she needed and still wasn’t satisfied awakened her.

Years after that interaction with Harlie, I read Judith Grisel’s book Never Enough. Judith’s pursuit started at thirteen years old with a bottle of wine. It put a straitjacket on her out-of-control nerves and anxieties. So, this is how people get through life, she thought. She then went on to try every kind of drug until the age of twenty-three, when she got clean. Unlike Harlie, though, she didn’t bottom out. More like the Teacher, she found herself on the mountaintop, with more drugs than she could ever want. But that turned out to be her awakening. I have more than I could possibly need, and it’s still not enough. Amazingly, she went back to school and got a PhD in neuroscience. She wanted to understand the relationship between the human brain and addictive behaviors. And here’s what she found:

We don’t become addicts because our brains are broken, but because they are working properly. We are designed to always want more.

Think about that. Your brain will get used to the most intense pleasures only to crave more. See what I’m saying?

The fundamental issue isn’t whether pleasure is good or bad; it’s that there is something deep inside of you that pleasure can never fill. From lines of cocaine to the finish lines of marathons, it can all end up being the same pursuit. The destination is always out of reach.

What pleasure do you lean on when you’re stressed and anxious? What pursuit is at the center of your day? Is there something that makes you think, If only I had just a little more of that, I’d feel alright?

Y’all, I don’t want you to feel guilty or ashamed. It’s just me and you talking; you don’t have to tell anyone else. But like Harlie and Judith, maybe it’s time for a revelation.

Does your need for pleasure hide a deeper longing?

Father,
Thank You for Your love for me. May Your Spirit awaken me. I want to stop chasing the things that won’t ever satisfy. I want to run to You. Thanks for reminding me Your arms are open wide.

Every good and perfect gift is from above, coming down from the Father of the heavenly lights, who does not change like shifting shadows. — James 1:17

The purpose of pleasure is to be a pathway to God, the Giver of that pleasure. Otherwise it ultimately brings us to the same place as Harlie and Judith, or worse. Whether there isn’t enough or too much, we’ll still be wanting more. Let’s run to Him today! Come share your thoughts with us! We want to hear from you. ~ Devotionals Daily