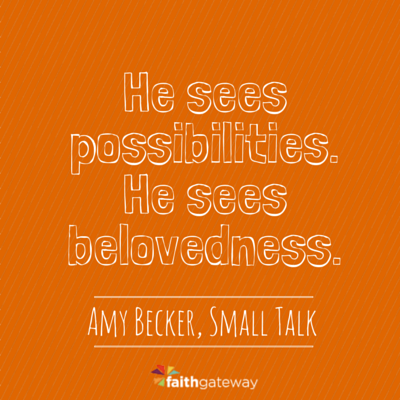 I am sitting in the living room with William. We finish reading Library Lion, and he leans his head against my shoulder.

I squeeze his leg and give it a pat, a signal that I am ready to get up. I say, “Down syndrome, sweetie. Not down syn.”

I nod slowly and sit back in my seat, realizing he has envisioned making music every time we have mentioned his older sister’s diagnosis. So I say, “Well, syndrome is all one word, and it doesn’t have anything to do with an instrument.” I think back to earlier in the day, as we were driving Penny to preschool and I told her there would be another little boy with Down syndrome joining her class. I try to picture what William has in his head — two children carrying the same types of drum?

What down syn mean?

I scroll through the past five years of my own learning process, searching for words to explain a chromosomal anomaly to a two-year-old. I decide to start with the biology. I say, “It means Penny has an extra part in her body,” but then I realize it sounds as though she might grow a third arm. So I pivot and try, “It’s something that makes Penny special.”

He sticks out his lower lip. “I want to be special.”

I hug him tight. “You are, sweetie. You and Penny are both very special.”

He doesn’t ask any more about it, but I puzzle through what I could have said differently. I could have tried to explain the words themselves — that Down syndrome is the layman’s term for Trisomy 21, a third copy of chromosome 21, usually in every cell of a person’s body. I could have shown him Penny’s karyotype, the graphic representation of her chromosomal makeup, which includes three stubby lines clustered together like a trio of old men squatting side by side.

And I wonder whether any of that information would tell William anything more about who his sister is or what her life means than what he already knows — that she is his “super-great friend” who is learning how to read and pump herself on the swing, who holds his hand when he is afraid of loud noises, who wrestles with him and fights with him and loves him.

I think about how other people might answer the same question. If William decided to ask around, he might hear that Down syndrome means Penny is an angel sent from God to teach us something. He might hear that she is a genetic mistake who drains our country’s educational and health care resources. But glorifying her or vilifying her doesn’t match up with our experience either.

There are days when she is the loveliest child I’ve ever met — when she runs to my side and says, “Hug!”, when she asks, “How was your day, Mom?”, when she wants to pray for someone who is sick. But she is no more sweet or loving than William. She tests my limits and disobeys and deceives me about her intentions in equal measure.

Although he might not be able to put it into words, I suspect if anyone tried to tell William that Penny is more or less significant than he is, he would know those grown-ups didn’t get it right. It’s not just that their perceptions don’t match the reality of who Penny is. William already understands what it’s taken me a long time to believe — that generalizations and assumptions rarely match reality for any of us.

I work hard to put disability in positive or neutral terms for my kids. If we see someone using a wheelchair, we talk about how the wheelchair helps that person get around, just like our legs help us. When Penny goes to school with a little boy who hasn’t learned to speak, we talk about the other ways he communicates — with his hands and his eyes and his iPad.

We also talk about some of the benefits of that extra chromosome Penny has. As William could tell you, Penny is much more flexible than he is. She can put her nose to her shins with her legs straight out. She also seems to have lost the competitive gene that got passed on to every other member of our family. And whether this character trait comes from Down syndrome or something else, Penny’s generous spirit is a gift to us all.

Still, Penny struggles to do math problems and she can’t keep up with other kids in a game of tag and it hasn’t been easy for her to make friends. Potty training lasted for years. I know the route to the nearest children’s hospital by heart. And there are times when I hear other people talking about their kids’ futures — college and marriage and grandchildren — and, with a wave of sadness that reminds me of the early days of her life, I realize how unknown the future is for her.

Sometimes I worry that what our culture says is true, that people with disabilities are worse off than the rest of us. Sometimes I wonder if I should do more to teach my kids the harsh reality of a society in which many believe that productivity defines us and IQ correlates to personal worth.

But then I think about Jesus. The gospels don’t record any interactions between Jesus and someone with an intellectual disability that we know of, but they give us many examples of how Jesus treated people on the margins — women, blind and deaf men, children, beggars, lepers. In each case, Jesus treats them as individuals. He refuses to join the disciples in categorizing a blind man as a sinner. He refuses to heal the bleeding woman without speaking to her face-to-face. He not only heals people but also works to restore them to their particular religious or social communities.

Perhaps what is most remarkable about Jesus’ posture toward individuals who we might call “disabled” is that it is the same as His posture toward everyone else. He makes no distinction for people with disabilities.

He sees brokenness.
He sees need.
He sees possibilities.
He sees belovedness.

Jesus’ posture toward individuals who we might call “disabled” is that it is the same as toward everyone else. [tweet this]

Sometimes it takes seeing people through the eyes of a child to truly understand how Jesus truly sees them. What conversations have you had with your kids about others with disabilities? Come share with us on our blog!