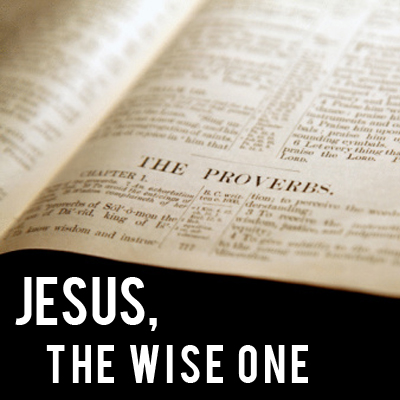 The book of Proverbs is the Old Testament’s Twitter. After some introductory chapters that present wisdom’s beauty, benefits, and beckonings, we encounter hundreds and hundreds of Tweets – short, pithy, and memorable statements and observations that communicate the most profound theological and practical truths.

But can Jesus be found in these Tweets?

It wasn’t immediately obvious to me, and it wasn’t obvious even after many years of study. However, I kept coming back to my foundational confidence in Jesus, who told us that He may be found in all the Scriptures. Proverbs is part of “the word of Christ,” through which He reveals Himself to needy sinners.

Some parts of the Old Testament reveal sinners crying out for a king to bring order to their unruly lives. Other parts reveal sinners looking for a priest to forgive their sins. But some sections reveal sinners searching for a teacher to disperse their ignorance and errors and to help them think, believe, speak, and do rightly.

God’s greatest Old Testament answer to this deep need is Proverbs, a divinely inspired revelation of wisdom written largely by Solomon, then the wisest man in the world. And yet, like all God’s Old Testament answers, this one was temporary, provisional, preparatory, and prophetic of His greatest revelation of wisdom in Jesus Christ. As Jesus said, “A greater than Solomon is here.”

Yes, He is here. But He was also there, in Proverbs.

Old Testament believers read their Bible to find out about the Savior, just as we do. What then did they find out about Him in the book of Proverbs? If they expected a Creator from Genesis; an Emancipator from Exodus; a Priest and a Sacrifice from Leviticus; a Guide from Numbers; a Covenanter from Deuteronomy; a Captain from Joshua; a Judge from Judges; a Redeemer from Ruth; a King from Samuel, Kings, and Chronicles; a Rebuilder from Ezra and Nehemiah; an Innocent Sufferer from Job; and a Worship Leader from Psalms, what did they expect from reading Proverbs?

They expected Mr. Wisdom. The book of Proverbs showed them their ignorance, error, and folly and made them cry out for the wisdom of God that’s portrayed in various ways in it.

One-third of the book of Proverbs contains a father’s addresses and appeals to his son. Israel would have read this not merely as King Solomon’s words to his royal sons but as God’s words to His national son, Israel. The nation, of course, was far from being a faithful and loyal son to its God and Father, but Proverbs surely held out the prospect of someone who would come and fill that role perfectly.

Lady Wisdom is the mediator of God’s wisdom. She calls sinners on God’s behalf, teaches them in God’s name, and points them to God for everything. Her concern to have every detail and particular of Israel’s life ordered by God’s Word reveals the Lord’s love for His church in providing the specifics of how to live in a way that pleases Him.

And yet how painfully the Israelites must have felt the jarring disconnect between Solomon’s wise words and Solomon’s foolish life.

How they must have longed for a wise teacher who would mediate God’s knowledge to them in a way that was consistent with their lives.

When Lady Wisdom saw that Madame Folly had prepared a fatal banquet for the foolish, she prepared her own feast and countered with a gracious invitation. That this was to portray the heart of God for sinners is confirmed by later prophets who picked up this picture and used it to portray God as the divine host calling sinners to fellowship with Him at His dinner table, just as Jesus did on earth.

The Israelites knew that God created the world. What they didn’t know was the central role that God’s Son had in it – that is, until Proverbs 8 was written. It’s much easier for us to read Proverbs 8 and see Jesus in it because we have the benefit of John 1:1-4 and Hebrews 1:1-2. In the absence of such clarifying revelation, though, what did the Israelites understand when they read Proverbs 8:22–28?

First, the context is of Lady Wisdom crying out to all who will hear. As we’ve noted, the Israelites were already expecting the future Savior to be God’s final word of wisdom. But then verses 22-28 take us backward, not forward. It’s as if Solomon was saying, “Don’t just enjoy Wisdom’s present role in our nation, and don’t just look forward to Wisdom’s future role in our salvation. Look back and remember Wisdom’s past role in creation.”

This passage taught Israel these truths:

As commentator William Arnot said, “One might profitably put the question to himself, if the Spirit designed to make known something of the personal history of Christ before His coming, how could He have done so in plainer terms than this chapter contains?”

Unfortunately some translations of Proverbs 8:22-28 suggest that Wisdom was created by God, leading many to think that this cannot be the eternal Son of God. Accurate translations of the Hebrew, however, communicate Wisdom’s eternal preexistence, preventing this misunderstanding.

It’s incredible to think that He who was the delight of His Father and delighting in the Father should also find delight in men and women, boys and girls. He longed to be with us, thrilled at the prospect, and anticipated it joyfully. Though He knew how we would treat Him, He loved us and delighted in us.

Proverbs 31 is often used to teach about the qualities of a godly woman, and rightly so. Remember, however, that the original Israelite readers of Proverbs were in a covenant relationship with God, a relationship often portrayed as a marriage – even by Solomon in his Song.

Israelite readers of this chapter would, to some extent, read chapter 31 as a description of how the Lord viewed them and of the “bride” He called them to be. Who could not but admire such a loving Bridegroom and long for an even greater revelation of Him and even closer relationship with Him?

The Old Testament leaves us looking and longing for the Wise One who would fulfill the Law and Proverbs. No surprise then that Jesus Christ exactly fit that profile. Time and again, Jesus is not only portrayed as the wise man but also identified with the wisdom of God. Truly, a greater than Solomon is here.

We can’t be sure how much Jesus consciously fulfilled the Old Testament models of the Messiah. Did it come naturally and instinctively to Him, or did He have to work out who He was and then shape His life and character around this? There’s more than one verse in Scripture that indicates He took certain actions because He knew that it was an Old Testament expectation.

This, of course, doesn’t mean He did anything that went against His essential character or He felt forced to be and do anything. It does indicate, however, that Jesus read His Bible to inform and shape His ministry, His method, and the matter of His teaching.

As He read Proverbs, Jesus must have been deeply influenced by the expectation of the Wise One. He was indeed the Wise Son who pleased His Father in every area of life. He was the Wise Teacher whose unparalleled words of wisdom have stood the test of time. He was the Wise Host who invited weary, hungry, and thirsty outcasts to His gospel banquet and who also promised us a never-ending feast above. He is the Wise Creator, who demonstrated His goodwill toward and delight in humanity throughout His whole earthly life. And He was – and is – the Wise Bridegroom looking for an undeserving wife.

Even the manner of Jesus’ teaching seems to have been consciously shaped by the book of Proverbs. The Hebrew root of proverb, mashal, means “to be like,” reminding us of one of the most common ways Jesus introduced His teaching and His parables:

The kingdom of heaven is like… He also specialized in short, pithy, memorable sayings, many of which are part of popular culture to this day.

In the Sermon on the Mount, His first public sermon, Jesus quotes from or alludes to Proverbs numerous times – someone counted seven times in the first thirty verses. And He ended that first sermon by calling people to be like the wise man who built his house on the rock.

The ethical continuity between the Old and New Testaments is also seen in the frequency with which Jesus’ apostles quote and echo the Proverbs – up to thirty thirty-five times according to some estimates.

The greater Solomon is here – greater in holiness, greater in glory, greater in power, and far greater in wisdom. Let us worship His wisdom, let us hear His wise teaching, let us be made wise unto salvation, and let us live wisely to His glory and honor.

Read Proverbs 12, and think about how each proverb describes the life and character of Jesus.  Describe how Proverbs shows you your spiritual need and the sufficiency and suitability of Jesus as Savior.

Join the conversation on our blog! We would love to hear from you about finding Jesus in the book of Proverbs! ~ Devotionals Daily 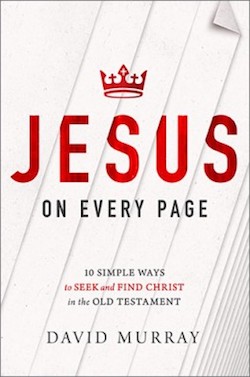