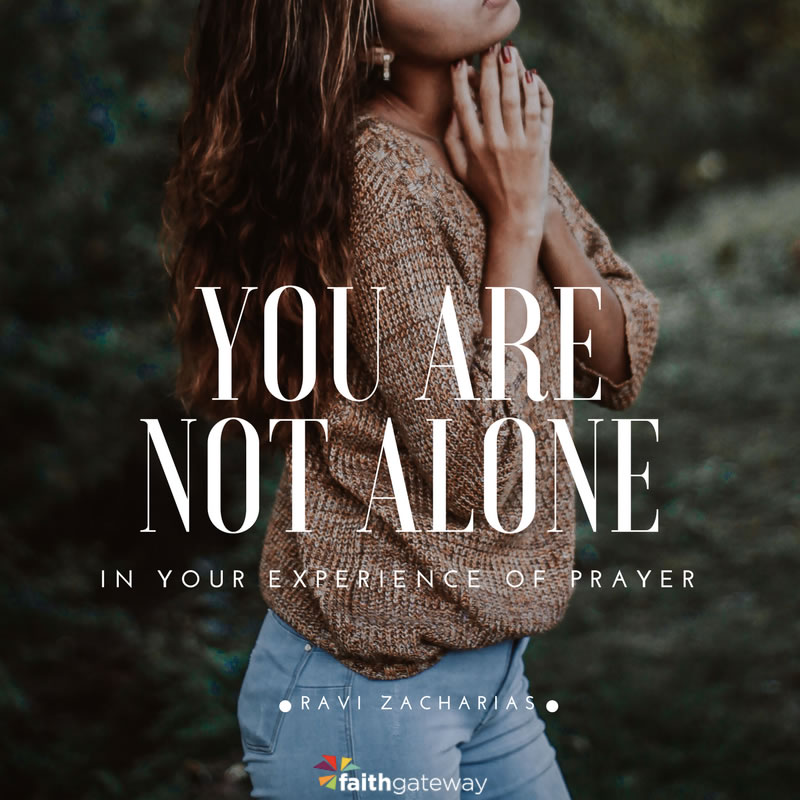 There is an immense difference between a worldview that is not able to answer every question to complete satisfaction and one whose answers are consistently contradictory. There is an even greater difference between answers that contain paradoxes and those that are systemically irreconcilable. Once again, the Christian faith stands out as unique in this test, both as a system of thought and in the answers it gives.

Christianity does not promise that you will have every question fully answered to your satisfaction before you die, but the answers it gives are consistently consistent.

There may be paradoxes within Christian teaching and belief, but they are not irreconcilable. To those who feel that Christianity has failed them because of prayers that went unanswered, it is important to realize what I am saying here.

I sat with a man in my car, talking about a series of heartbreaks he had experienced. “There were just a few things I had wanted in life,” he said. “None of them have turned out the way I had prayed. I wanted my parents to live until I was at least able to stand on my own and they could watch my children grow up. It didn’t happen. I wanted my marriage to succeed, and it didn’t. I wanted my children to grow up grateful for what God had given them. That didn’t happen. I wanted my business to prosper, and it didn’t. Not only have my prayers amounted to nothing; the exact opposite has happened. Don’t even ask me if you can pray for me. I am left with no trust of any kind in such things.”

I felt two emotions rising up within me as I listened. The first was one of genuine sorrow. He felt that he had tried, that he had done his part, but that God hadn’t lived up to his end of the deal. The second emotion was one of helplessness, as I wondered where to begin trying to help him.

These are the sharp edges of faith in a transcendent, all-powerful, personal God. Most of us have a tendency to react with anger or withdrawal when we feel God has let us down by not giving us things we felt were legitimate to ask him for. We may feel guilty that our expectations toward God were too great. We may feel that God has not answered our prayers because of something lacking in ourselves. We may compare ourselves with others whose every wish seems to be granted by God, and wonder why he hasn’t come through for us in the way he does for others. And sometimes we allow this disappointment in God to fester and eat away at our faith in him until the years go by and we find ourselves bereft of belief.

G.K. Chesterton surmised that when belief in God becomes difficult, the tendency is to turn away from him — but, in heaven’s name, to what? To the skeptic or the one who has been disappointed in his faith, the obvious answer to Chesterton’s question may be to give up believing that there’s somebody out there, take charge of your own life, and live it out to the best of your own ability.

But Chesterton also wrote, “The real trouble with the world of ours is not that it is an unreasonable world, nor even that it is a reasonable one. The commonest kind of trouble is that it is nearly reasonable, but not quite.”1 He is right. Only so much about life can be understood by reason; so much falls far short of any reasonable explanation. Prayer then becomes the irrepressible cry of the heart at the times we most need it.

For every person who feels that prayer has not “worked” for them and has therefore abandoned God, there is someone else for whom prayer remains a vital part of her life, sustaining her even when her prayers have gone unanswered, because her belief and trust is not only in the power of prayer but in the character and wisdom of God.

God is the focus of such prayer, and that is what sustains such people and preserves their faith.

Prayer is far more complex than some make it out to be. There is much more involved than merely asking for something and receiving it. In this, as in other contexts, we too often succumb to believing that something is what it never was, even when we know it cannot be as simple as we would like to think it is.

The Irish poet Frances Brown framed a poem about a band of pilgrims sharing about their losses in life. One pilgrim spoke of a treasure lost on the high seas, another of a fortune, ravaged and plundered. A third spoke of a lost love, and a fourth of having buried a little child.

But when their tales were done, there spake among them one, A stranger, seeming from all sorrow free: “Sad losses ye have met, but mine is heavier yet,  For a believing heart hath gone from me.”

“Alas!” these pilgrims said, “for the living and the dead, For fortune’s cruelty, for love’s sure cross, For the wrecks of land and sea! but, however it came to thee, Thine, stranger, is life’s last and heaviest loss! For the believing heart has gone from thee.”2

I remember my mother, lying in bed, her life hanging in the balance after a stroke at the age of fifty-seven. A group of elders from the church came and prayed for her. Afterward, one of them told us that the Lord had told him that my mother would get well. My younger brother, especially, who was twenty-two at the time and a medical student, was greatly buoyed and encouraged by this assurance of God’s promise to heal her. However, only a few days later, her condition deteriorated, and she passed away. Of course we were grief-stricken and bewildered. But even more devastating was the response of some in the group — that she had died because someone in the family had lacked sufficient faith for her healing. We were already reeling from our loss, and now we each found ourselves, like the disciples, examining his or her own heart, asking God, “Is it possible that I am responsible for her death, or was this always in your plan and purpose?”

You are not alone in your experience of prayer.

One hears stories of unanswered prayer all the time. Adding insult to injury is hearing someone else’s story, someone whose prayers seem to be always answered or even someone who never thought of praying and yet their loved one has recovered. Read the following thoughts of a prominent Christian author, which I have compiled from his various writings. I have changed some of the wording but retained his ideas.

His struggle over his problem with unanswered prayer caused him to turn away from his Christian faith at the age of thirteen, and it was not until some twenty years later that he knelt and prayed, “perhaps, that night, the most dejected and reluctant convert in all England.”3 Yes, these are the experiences and words of C. S. Lewis. Lewis stated clearly that it was his disillusionment with prayer that made him walk away from his Christian belief when he was only a young lad. Yet fifteen or so years after his conversion, Lewis said he found himself in “philosophically a rather embarrassing position” of praying and trusting this same God for the safety of his brother Warren, who was in Shanghai during a Japanese attack.4

If we are being honest, which of us has not sensed this frustration, dejection, and confusion over prayer?

Saint John Chrysostom wrote this about the power of prayer:

Prayer is an all-efficient panoply, a treasure undiminished, a mine which is never exhausted, a sky unobscured by the clouds, a heaven unruffled by the storm. It is the root, the fountain, the mother of a thousand blessings…

The potency of prayer hath subdued the strength of fire, it hath bridled the rage of lions, hushed anarchy to rest; extinguished wars, appeased the elements, expelled demons, burst the chains of death, expanded the gates of heaven, assuaged diseases, repelled frauds, res- cued cities from destruction, stayed the sun in its course, and arrested the progress of the thunderbolt.5

Who can read that and not be tempted to exclaim, “Is that mere rhetoric?” No, not so. Each of the instances referred to by Chrysostom is drawn right out of the Scriptures. The Bible talks about the privilege of prayer and cautions against insincere prayer. Whether we’re talking about the Welsh Revival or that in the Hebrides or the Second Evangelical Awaken-ing in America, all had one thing in common — concerted prayer over a protracted period of time. Often as a student I would read stories of those revivals and their foundations of prayer, and I would think, That’s what I want to build my life on — the solid footing of prayer. My library is full of books on prayer. One would think that with each passing year the discipline of prayer would get easier, but in fact it doesn’t. Whether early in the morning or late at night, it is always a challenge. But as God has proved Himself, I have had several different experiences in which I sensed God’s very clear answer within my spirit. There is no doubt in my heart that prayer makes a difference in anyone’s life.

Are you praying? Even if you don’t have an answer yet, or if it seems God hasn’t heard you, keep praying! It makes a difference! Come and share your thoughts on our blog. We want to hear from you!