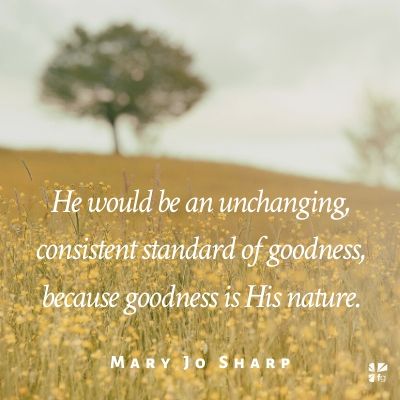 The heart is more deceitful than all else and is desperately sick; Who can understand it? — Jeremiah 17:9 NASB

As I tried to imagine the depth of pain, the horror of suffering that so many humans have inflicted on each other, I began to have that most unwelcome feeling of having my paradigm shifted. Humans are not good. It’s the average member of society that commits genocide. I didn’t want this to be true, and to this day I don’t want it to be true.

These ideas go against everything I believed growing up and into my young adulthood. But what if I were to be a defense lawyer in a trial of humanity where the judges were some alien race? As the prosecution brought forth the massive amounts of human suffering caused by other humans, what would I have to say? “Well, you see, Your Honor, I can tell you that at least I’m not like that… and neither is my family.”

I could hear the alien judge: “You seem to forget yourself. The probability of your goodness is so infinitesimally low in light of human history, that I have no reason for judgment in your favor. Or perhaps you can prove that you are better than every human who has ever lived?”

“Well, no, I don’t think I could do that, but there are some great humans in time and history: Mother Teresa, Martin Luther King Jr., Mahatma Gandhi…”

“But what explains all this? We have accomplished amazing things!”

The alien judge, looking unimpressed with my plea, says, “You seem to have an internal error.”

There it was. Dr. Clay Jones’s statement that we all suffer from original sin. And if he’s right, no matter how averse our generation has become to the word sin, the answer to the problem is not more education, more opportunity, or more resources. None of these things can, or have, cured the lack of goodness in human beings. For all of the Enlightenment’s work to show religion as false, or the language deconstruction that has relegated everything to the subjectivity of the individual, or the experimental drugs trying to release us to higher realities, or the sexual revolution trying to give us ultimate autonomy, or the new atheism movement that says we can be good without God… we are still full of selfishness, envy, hatred, racism, sexism, objectification, self-interest, and yet, self-loathing. We are not getting better. We can pretty-up the terminology all we want, but the ugliness still rears its head in all of our lives.

Wow. I feel like I just raised a glass to toast my generation and gave the worst speech of all time. Honestly, I really do fit in better with the crowd that believes we should all “follow our dreams.” But what is the cost of ignoring what I see? To blindly cling to a belief that humans are good despite the evidence? I had been raised with such humanistic optimism! We all just need to respect each other, and the world will finally come together. However, the empirical evidence, found in human history, suggests the complete opposite conclusion.

No matter how good we think we are or how far along we think we’ve come, we’re still doing horrible things to each other and to ourselves. I don’t need to go to the historical atrocities to come to this conclusion. Becoming an adult was sufficient for me to understand that humans, on a daily basis, do not do what is good to each other. This idea was becoming plain as day through my experiences in church ministry. Even the people who professed the moral teachings of God as binding on their lives practiced nearly the worst of human behaviors and attitudes.

Where does all this leave me with this debater’s objection? “The problem of evil is only as forceful as the suffering that exists.” Yes, it does have force because of the suffering, but in what direction does that force push me? It could push me toward denying that a good God exists. If it did so, then I cannot be honest with myself by merely pontificating on that belief. I would have to embrace it as true… and all the resultant beliefs that go with it.

If a good God did not exist, the billions of humans committing what I would have called “evils” or “wrongful actions” against humankind would be oddly exonerated. For there would be no sin, no injustice, nothing out of the ordinary to call our experiences “suffering.” Doesn’t suffering imply that there’s a way things are supposed to be? If this world, as we experience it, is just the way things are, then there’s no grounding for saying that we are not as we are “supposed” to be. As I look back on human history, as I look into my own painful experiences in the church, I wonder if I’m ready to intellectually and emotionally commit to an ideology that would evaporate any injustice I had ever thought I found.

I am not ready to do so. I do believe there is such a thing as suffering. I do believe there is a way things should be and there are deviations from the standard. We call these deviations “evil,” “wrong,” “injustice,” “suffering,” or “hurt,” depending on what kind of deviation from a standard of goodness they entail. Yet to believe these things are real deviations, I must figure out where I’m getting the standard to use for comparison. What is the thing throughout time and history that has given people an idea that there is a way things are supposed to be, no matter their cultural versions of expressing that standard?

The force of this question lies in the fact that all cultures assume there is a way that is “better” or “good.” In looking at the available answers, I keep coming back to the Christian view of God as the source and standard of goodness. He would be an unchanging, consistent standard of goodness, because goodness is his nature. I even have an example of God demonstrating his goodness toward humankind by laying down his life (John 15:12-13) for the sake of his creation.

Still, I hate to admit that human beings are not basically good. I want to believe the best about myself and others, despite the mountain of historical evidence that says we humans are not good. My aversion is not uncommon. Even C.S. Lewis said, “The greatest barrier I have met is the almost total absence from the minds of my audience of any sense of sin.”

Ultimately, to the debater I say, Yes, you’re right. But the argument’s force is what moves me back to belief that humans are not good and that God is still the answer. And if you think I’m being naive or irrational, what can I say to you? It is your prerogative to think so. I’m not sure I could convince you otherwise, since this is a debate that has persisted for years. But I am not convinced that injustice, suffering, and evil have no meaning, no grounding. For not only do I find that view incoherent within the framework of human experience, but I also find it unequipped to argue that human suffering itself is something real.

And now I’m faced with the reality of my own experience of pain inflicted by Christians and of the pain I inflict on others. What am I to do with the problem of human evil when it directly affects my own life? I have theories. I have beliefs. Now am I going to assent to those beliefs? One author has described my dilemma this way: “Either one embraces the mystery of created freedom and accepts that the union of free spiritual creatures with the God of love is a thing so wonderful that the power of creation to enslave itself to death must be permitted by God; or one judges that not even such rational freedom is worth the risk of a cosmic fall and the terrible injustice of the consequences that follow from it.” It is neither piety to accept it nor liberation to reject it. But it is a choice I must make and then live out. My choice will affect how I process all future encounters with human selfishness, pride, envy, deceit, and a host of other evils. There is no triumphalism here, only heartbreak in knowing the beauty of humankind is marred, and we are the ones who have ripped ourselves apart.

Were you raised believing that human beings are basically good? What challenged that belief for you? How has faith in Jesus affected the knowledge that we personally cause other people pain? What can we do about it? Come share your thoughts with us on our blog. We want to hear from you! ~ Devotionals Daily