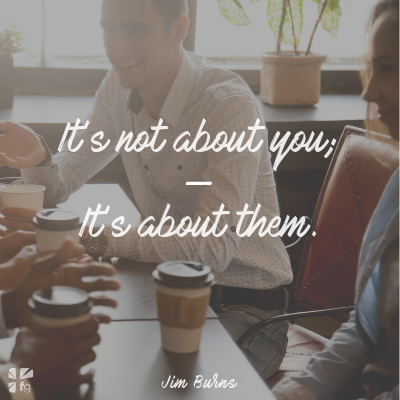 “The first forty years of parenting are always the hardest!”

A woman I know was asked at her son’s wedding, “What is the responsibility of the mother of the groom?” She smiled and said, “Wear beige and keep your mouth shut.” She got a chuckle, but it was great advice, especially when it comes to relationships with in-laws.

Many comedians like to do a bit on in-laws, especially a mother-in-law. I must admit I have done my share of laughing at those jokes. The reason so many comedians take on the in-law routine is because the in-law stereotypes are based on realities most people can relate to. Some in-laws do meddle. When it comes to dealing with in-laws, stepfamilies, and the blend, the wisecrack wisdom of “wear beige and keep your mouth shut” is a much more effective strategy than meddling. Here’s my short take on navigating a successful relationship with an in-law or an in-law-to-be:

Susan and Matt confided in me that their new daughter-in-law was not the type of person they had hoped their son would marry. She was brash, bossy, opinionated, and a bit narcissistic. They also felt she was keeping their son away from the family. While Matt wanted to confront the couple, Susan was nervous that a confrontation would push her new daughter-in-law and son away. They asked me what I thought. Although I do believe that gentle confrontations can work, I wasn’t sure that was the best strategy in this case.

“It seems like she is a bit rough around the edges,” I said. “I’d shower her with kindness and pray for a transformation. It doesn’t sound like she has a vendetta against you as much as this is her personality with everyone. What if you took on the task of nixing any negativity toward her or your son? Be the people in their lives who support their marriage. Be the safe in-laws to whom they will be drawn, rather than the ones causing tension. Lower your expectations for a while and support them whenever and however you can.”

Susan also shared she was struggling over the loss of close-ness with her son. Before his marriage, the son and his mother had been close. Now, not so much. “Your access to your son and future grandkids is through your daughter-in-law,” I said. “So it’s back to supporting her in any way you can. Without being intrusive, offer to babysit anytime she needs a break and it works with your schedule. Go out of your way to bring her a small gift or write an affirming card. You’d do it for a friend, so why not for your daughter-in-law, who can become your friend? When you honor her, you are honoring your son. Be the person they want to spend time with because you are investing in their lives. Then sit back and watch the relationship change.”

I know my advice to Susan might sound like an oversimplification because life and relationships can get complicated — even good, well-intentioned people can make mistakes when hurt feelings get the best of them. But for those in Susan’s situation, the decision to support the marriage of your grown kids can help keep it from being unnecessarily complicated. Stay away from disputes with your kid’s spouse on anything. You just can’t take it personally.

Sometimes people tell me they just don’t like the person their adult child is dating or has married. I get it. But unless the situation is abusive or destructive, it’s better to focus on learning to like them than to focus on what you don’t like about them.

One mom I know changed a relationship with her daughter-in-law through small gifts. Her daughter-in-law had a shell that was difficult to penetrate. She didn’t have much of a filter and would say hurtful words to her mother-in-law and talk negatively about her son. She was simply a negative and draining person. One day when the mom was at Starbucks, she realized that her daughter-in-law loved Starbucks, but the young couple was on a pretty tight budget. So the mom bought her a ten-dollar gift card. Next door was a candy store that sold chocolate-dipped strawberries, and she purchased two. On her way home, she stopped by her son and daughter-in-law’s apartment with the gift card, strawberries, and a short note. The daughter-in-law loved the gesture. From that time on, it became a weekly ritual. Eventually, the daughter-in-law reached out and asked to get together for coffee. One year later, they are best friends. Of course, this wonderful ending isn’t always the case, but the point is clear: reach out in love, even if you don’t start off liking them.

Carly and David pulled me aside at one of our Doing Life with Your Adult Child seminars. They told me they had taken an instant disliking to their daughter’s husband and made both subtle and not-so-subtle comments to their daughter about him before the wedding. Their daughter went ahead and married, and now they were the proud grandparents of three children and still not too crazy about their son-in-law. But their story was a good one.

They decided against complaining about the son-in-law to their daughter. Even when she made negative comments (with which they agreed), they kept quiet. They just listened. Their philosophy was, “He’s your husband and we will stay out of the fray.” When grandchildren entered the picture, the son-in-law routinely limited their access to the grandkids and the hurts deepened. When Carly and David asked to stop by, he would say, “Not today — we are really busy.” They waited for more access with wounded hearts. They offered to babysit. They bought gifts. They didn’t miss any occasion to celebrate together. Slowly but surely, access was granted. Babysitters were needed, and they got their time. They were smart enough to wait it out and keep their mouths shut, and eventually things changed.

When I asked them how the breakthrough happened, they said, “We decided to become the fun grandparents and fun in-laws. This meant our grandkids started asking for us. We tried to create family fun as a vital part of our family culture.” When I asked if they liked their son-in-law any better, they said, “When we lowered our expectations and accepted him for who he is, things got better. We want to do everything we can to help them succeed as a family.”

Excerpted with permission from Doing Life with Your Adult Children by Jim Burns, copyright Jim Burns.

If you’re in the season of parenting adult children, hang tight! Ask the Lord for help. Ask for the tools you’ll need to shut your mouth when you need to and offer kindness and support often. What have you found helpful? Come share with us on our blog. We want to hear from you!