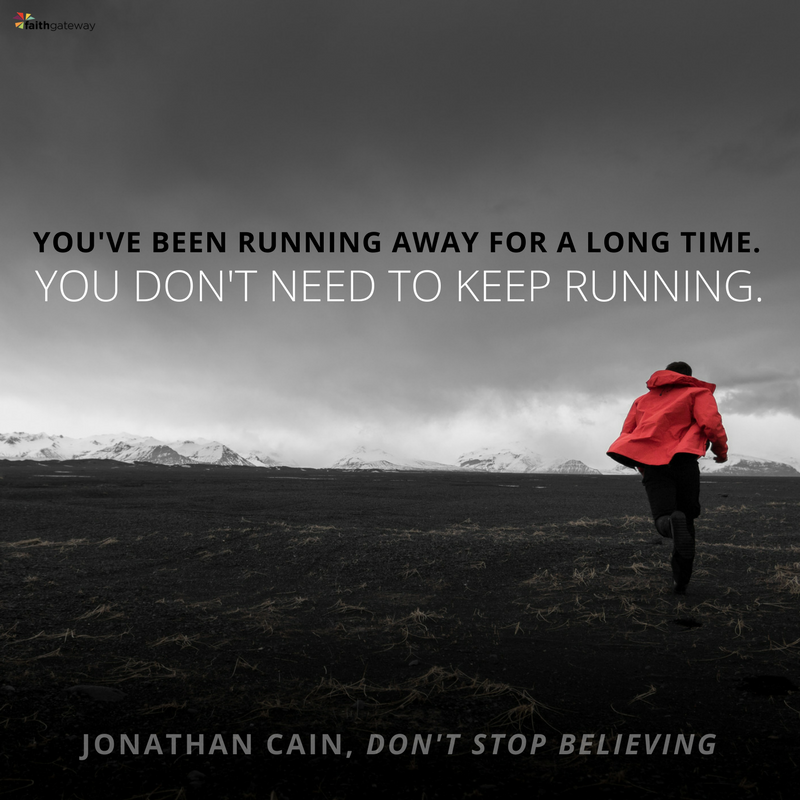 The moment I stepped foot into the small church, I felt something different. It was like standing on a mountaintop and feeling the wind whipping around me, except the stirring was happening inside my soul. I would never have been at that church on a Wednesday evening for a Bible study if it weren’t for the tall, pretty blonde by my side. Virginia Olson was a senior from East Leyden. I had noticed her in history class my junior year. She was the younger sister of an alum who had attended our high school on crutches, suffering from chronic polio. From the first day of class, I knew we would have a thing for each other. She seemed so comfortable to be with, so familiar. She was smart and funny and a member of the swim team. I was captivated by her and smitten in a matter of weeks.

Ginny, as everyone called her, knew me from the gym dances and loved the fact that I was in a band. We felt safe in each other’s arms and shared all of our secrets with each other. Besides making out with me in the forest preserves, she invited me over to her house, where I met her parents and her brother. I had dinner with them frequently and later found myself in her room with the door closed, where she played Johnny Mathis records. It wasn’t long before we were kissing to songs like “Chances Are.” It would get so late that by the time I got home, my parents were wondering what exactly was going on between Virginia and their oldest son.

By the time Ginny told me about this Bible church she had stumbled across, I trusted her and would have followed her anywhere. I didn’t know exactly what this Bible study/prayer thing was all about, but the moment I walked into the modest sanctuary without the ornate architecture and stained-glass windows I was accustomed to, I knew the Spirit of God was present. It was exactly what Ginny had told me I’d feel too.

“There’s a feeling of grace there,” she explained before we had gone. “The pastor is anointed.”

I can’t for the life of me remember the name of this small church, but it wasn’t a traditional Catholic service at all. It was my first experience stepping foot into an evangelical church. There was a lot of praying and people falling down in the aisles going on there. The Word of God was preached, and at the end of the sermon, there was a massive altar call.

Even before the music played and everybody sang “I Surrender All” and I felt compelled to step out into the aisle to walk toward the preacher, something was happening to me. I didn’t fear going up to the front of the church. I needed to go. I wanted to be completely open and free, knowing I needed the love the pastor spoke about. It was a love I had left behind ten years ago.

That third-grade kid had been waiting for a long time. I was a senior now, months before graduation, yet in some way the only things that seemed to have truly grown in me were the scars I carried. I stepped into the aisle and walked to the Reverend, with Ginny by my side.

As the Reverend came up to me and placed his hand on my back, I began to cry. It didn’t matter that I was in front of strangers, that people were watching me, that I was eighteen and still anxious and immature. I didn’t care that I was crying in front of my girlfriend. If I could have seen her, I would have noticed Ginny was crying too.

I tried to explain to the man embracing me why I was weeping, but it was difficult to tell my full story, to share with him everything that had happened, to fully show the weight of the load I had been carrying for so long. He simply listened to me, telling me things were okay, telling me I was loved.

“I haven’t thought about God in so long,” my choked-up voice muttered.

“You’ve been running away for a long time,” he told me. “You don’t need to run anymore.”

I felt God’s Spirit again and prayed to Him for the first time in a long time.

It’s been so long. I’m so sorry. I’m sorry I’ve ignored You all this time.

The tears didn’t come from shame, however, or from the hurt and pain I had muzzled and made numb all these years. I wept because I realized that God was still inside me.

My Lord and Savior had never left me.

Just as Jesus had been there for me at the fire, He was there in this small church too.

Come to Me, all you who are weary and burdened, and I will give you rest.

I held the pastor’s hand and continued to weep as I prayed with him. Ginny stood by me and prayed for me too.

God hadn’t abandoned me, even though I had abandoned Him. All this time, He was still there. Still watching over me and loving me and waiting for me to come back to Him.

Thank You, Jesus. Thank You for being there. For inviting me to come to You once again.

Like an album I once listened to over and over again, I had slid God back into a sleeve and then forgotten where I placed the record. It had been too long since hearing His voice. I didn’t want to neglect it ever again. I couldn’t.

Do you remember that sweet moment for you, the moment Jesus broke through and undeniably touched your heart? Come share your thoughts with us on our blog. We want to hear from you!