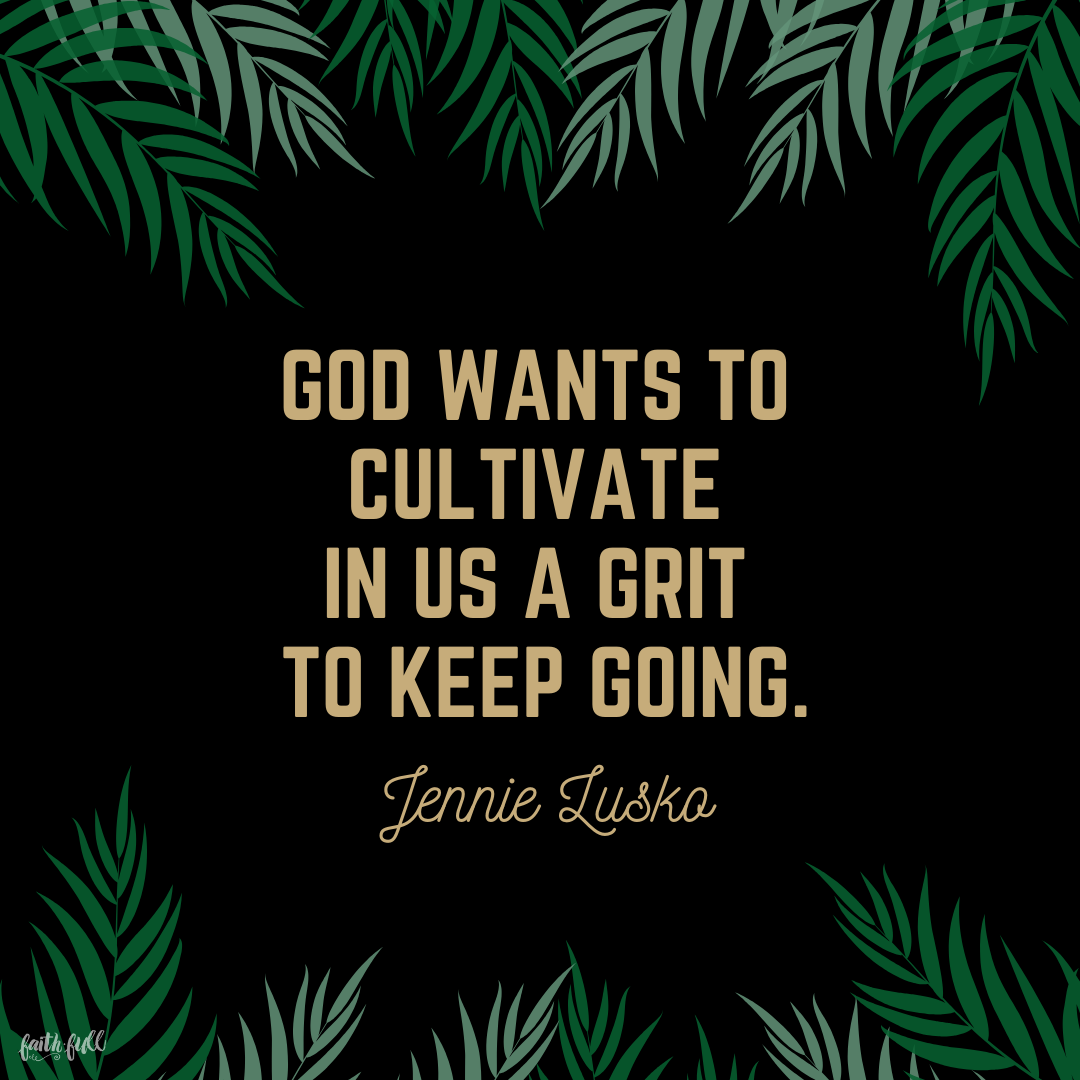 Rocky Balboa is a small-time boxer living in a rundown apartment. (Yes, he’s a fictional character, but it kind of feels like he’s real, right? There is a statue of him in Philly, after all.) He doesn’t have anything to his name — just a passion for life and for boxing. He gets paid by a local bookie to beat up people for unpaid loans, but Rocky’s got bigger dreams. While most people see him as a bum, this underdog chooses to go the distance. Take chances. Work harder. Believe in a future only he can see. Rocky has to fight in order to fight, shuffling between triumphs and failures.

Unlike Rocky, I frequently fall into trying to find the easiest route. I would be like a river and take the path of least resistance every time if I could. I would stay far away from difficulties and challenges and the hard things that will actually cause me to grow. I would stay in the cozy world of my bed.

Hiding in our hurt or pain is natural, comfortable, and familiar. It’s harder to choose to walk toward what’s painful. It seems so much safer to stay put and not push forward.

But if we can fight forward, in His strength, we let God heal us the way He wants to and cultivate in us a grit to keep going.

Thus I fight: not as one who beats the air.

The Greek word for fight here is pukteuo, which means “to box.” Another Greek word he used for fight is agonizomai, noted in 1 Timothy 6:12, which means “to contend perseveringly against opposition and temptation.” These words are not flowery and dainty. They evoke gladiator-type images of battle and fight scenes from Creed. Not pretty. Not clean. Not polished. But messy, bloody, painful, and full of resolve, effort, energy, and stamina that’s out of the ordinary. Wow, I’m exhausted just writing that.

This is our fight: To keep moving forward. To keep walking through the pain instead of numbing it. To keep taking the next step when you’d rather stop. To keep choosing to spend time with God, to pray and dive into His Word, to show up for church when you don’t feel like going.

Even today, it takes everything in me to fight off the lethargy that can so easily overtake my body and soul. Since I started having babies about fourteen years ago, a good night’s sleep has become a rare and precious jewel. Growing up, I could sleep through anything — thunderstorms, earthquakes (not joking!), and the midnight cries of younger siblings. Not so much anymore; I’m wide awake at the slightest cough or a dream-induced whimper. If I catch a few hours of uninterrupted sleep, it’s a win. I’m coming to terms with this sleepless season, but I don’t like it.

As I’m writing this, I’m in a cabin with my family and some dear friends. Everyone is sleeping, and I’m up so I can write. The sun is slowly beginning to rise over rolling foothills and rich green forest — shout-out to Montana living. But having had a late night absent of much-needed sleep and an early start to the morning, I’m struggling to keep my eyes open. I know I need to get good rest to have a healthy, strong soul. How can I function and be at my best when I’m so tired? Well, I drink some coffee, sneak in a nap when I’m able, and power through, as tired as I may feel. My friend Holly Furtick once said, “We have to choose to be a boss at the mornings.” Sleep or no sleep, babies or no babies, energy or no energy; we can get up, make our beds, ask God for the strength we desperately need, and go.

As an Enneagram type nine, I have a tendency to be lazy, even slothlike. I gravitate toward the easy route, whatever demands the least energy or effort. Which means every day I fight against my nature in order to be sweet, to be kind, to grow spiritually, to develop my character, to honor my husband, and to be the mother I want my kids to remember had a smile on her face. When I don’t feel like doing something, it generally makes it that much more important to do it.

We can’t do only what’s easy. If that were the case, most of us would quit our jobs, ditch our responsibilities, and lie on a beach all day. (Maybe that’s just me?) And that also means we wouldn’t have any relationships of great significance, our characters would lack depth, and we would not live the lives of purpose God has called us to.

A life that blooms with growth doesn’t just happen. Progress requires effort and energy, stamina and sweat, persistence and perseverance.

I found out I was fast when I was in first grade and competed in the school Olympics (kind of a big deal, people!). I won the fifty-yard dash that year and learned that I liked to run fast. In eighth grade I decided to start training to be on the track team in high school, and my love-hate relationship with the sprint began. My first day, all I remember is running until I vomited, and then lying on my back watching the sky spin above me. I loved the sprint but hated the training. This first practice would launch me into the high school track team, where I competed in the 100-meter dash, the 200, the 4×100 relay, and the long jump.

When you’re running to win, there’s a fire under your feet. There’s an intensity that acts as fuel to motivate action. Paul talked about this kind of fight in 1 Corinthians 9:24-25:

You might not be the biggest fan of exercise, but I want to encourage you to think of yourself as a spiritual athlete. You can put yourself through the kind of strict training Paul talked about. You can run a little harder. You can sprint, you can punch, you can give, you can love and serve others with a fervency in your soul. You are running your race. You are fighting to become the woman you were designed to be, and that will take daily effort.

Excerpted with permission from The Fight to Flourish by Jennie Lusko, copyright Jennie Lusko.

Are you fighting to become all that God created you to be? Are you tired? Don’t take it easy! Let’s go, sisters! Progress is happening as you keep going! Come share your thoughts with us on our blog. We want to hear how you’re fighting forward in the strength of Jesus! ~ Laurie McClure, Faith.Full