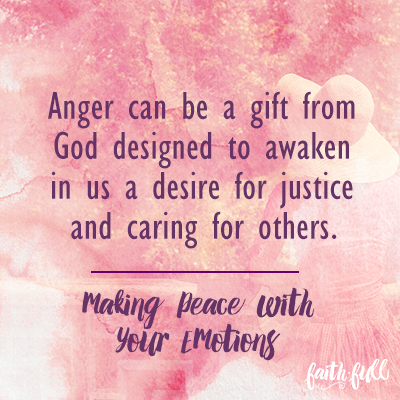 A man is as big as the things that make him angry. ~ Winston Churchill, British prime minister

As she walked the slums of Nansana, Uganda, Shana Gilbert couldn’t hold back her indignation at the injustice of what she saw. Hundreds of children slept on dirt floors, many of whom were abused and neglected. They had little to no clothing, no health care, and no way out. As the righteous anger brewed inside of her, Shana couldn’t help but wonder, “What can I do?”

When Shana returned to her home in Colorado, the images of the children followed her. Though she was physically in America, her heart remained in Africa. Deep down inside, Shana knew she had to do something. She returned to Uganda and decided to launch a nonprofit, grassroots organization focused on community development.

Shana recognized the poverty was systemic for the children she grew to know and love. To save the children, she needed to address the way Ugandans live and think about their future. She began working alongside local Ugandans to create an intentional and sustainable foundation for economic and social change. While working in Uganda, Shana became involved in caring for orphans. One little girl named Jesca captured Shana’s heart. Before she was taken in by a ministry and cared for, the young girl had been begging for food on the side of the road and living under a tree. When Shana met Jesca she knew there was something special about her and later adopted her.

Today, Shana’s organization, Come Let’s Dance, continues to work alongside Ugandans in a community outside of Kampala, Uganda. At their Slumbase — an acre of land outside the Katanga slums, they have created a self-sustaining farm, a medical clinic, and a new school.

Shana also sees the need for developing countries to empower and train women to have jobs and learn to provide for their families. Come Let’s Dance created a program for women called Thread of Life. Thread of Life trains women to make and sell beautiful paper-bead jewelry, in order to establish a self-sustaining profession for these women. They desire to get to the root of the issues in order to end the cycle of poverty.

Shana’s dream of developing a non-profit, community-development organization is coming to life. In 2011, she released her documentary, Mzungu, which was filmed on her first trip to Uganda — allowing her passion for Uganda to be seen worldwide.

The community in Kampala, Uganda, is becoming sustainable from the ground up with the help of Shana and her team. Come Let’s Dance is building up and training Ugandan leaders to take ownership in their country and their lifestyle — so fewer children will be homeless, unclothed, and unfed in the slums.

While we may be tempted to dismiss anger as an emotion we’d rather not feel, anger can be a gift from God designed to awaken in us a desire for justice and caring for others. [tweet this]

Just as Shana was filled with anger at the injustice she witnessed, we, too, can use anger at injustice as a source of courage to defend the defenseless and give voice to those who cannot speak for themselves.

1. When have you had an encounter that stirred anger toward injustice? How did you respond?

2. Make a list of five things you’ve been angry about over the course of the past month. Did the anger you experienced compel you toward a righteous action or an unrighteous behavior?

In John 2, Jesus displayed a righteous anger in response to injustice. As the Jews travelled to Jerusalem for the Passover pilgrimage, Jesus was appalled by the injustice He saw. As Jesus entered the temple — a place of purity — anger bubbled inside of Him toward what He witnessed.

3. Read John 2:13-17. What injustice caused Jesus to become angry? What was Jesus’ response to the injustice He saw in the temple?

Just as Jesus was angered at the injustice and disobedience He witnessed in the temple, we, too, are often angered by the injustices we see. However, Jesus did not sin in His anger. Instead, He did something to right the situation.

While God gifts us with the ability to feel anger, sometimes we become angry at the wrong things. The Bible gives us many wise instructions against unhealthy anger. [tweet this]

We are instructed to control our anger because, if left unchecked, anger can get the best of us. One passage about two brothers ends in murder because one brother could not control his unhealthy anger toward the other.

6. Take turns reading Genesis 4:1-16. What caused Cain’s anger (hint: Genesis 4:4-5)? What situations in the past week have caused you to respond in anger?

When in the past two weeks have you become angry and allowed the anger to get the best of you? What resulted?

8. Are there any areas in your life where you sense God compelling you to pursue justice on behalf of someone else? What changes in your life do you need to make to have a more healthy response toward anger?

Read Mark 10:13-16. Within this passage, what provoked Jesus’ anger? How was Jesus’ response to the disciples and the children an expression of love? Spend some time prayerfully reflecting on how you can exhibit Christ’s love when difficult situations arise.

Do you have an organization or ministry you’re passionate about in regard to pursuing justice for others? Research your favorite organization and share about it for a few minutes with the group next week. To learn more about Shana and Come Let’s Dance or to purchase jewelry from Thread of Life, visit www.comeletsdance.org.

Excerpted with permission from Making Peace with Your Emotions by Women of Faith, copyright Thomas Nelson.

A woman is as big as the things that make her angry. Looking at Question 2, some my answers make me cringe. Yes, I’ve been righteously angry in a situation of serious moral and legal injustice and had to take serious action to make it right. But, I’ve also been angry at petty and temporal things like being slighted by someone who was simply distracted and thoughtless, rude drivers in traffic, someone who behaved offensively to my dear friend (My wise friend acted with grace and kindness. Me, not so much.), and at my kids for just being kids in the face of my selfishness and impatience. It’s humbling to realize how much time is spent with my heart in all the wrong places. What makes you angry? Are their injustices you’ve become aware of that you feel compelled by the Holy Spirit to contend with and make right? Come join the conversation on our blog! We want to hear from you! ~ Laurie McClure, Faith.Full