Mark this down: God does not save us because of what we’ve done. Only a puny god could be bought with tithes. Only an egotistical god would be impressed with our pain. Only a temperamental god could be satisfied by sacrifices. Only a heartless god would sell salvation to the highest bidders.

And only a great God does for his children what they can’t do for themselves.

And that is the message of the first beatitude. “Blessed are the poor in spirit … ” (Matthew 5:3)

The jewel of joy is given to the impoverished spirits, not the affluent. God’s delight is received upon surrender, not awarded upon conquest. The first step to joy is a plea for help, an acknowledgment of moral destitution, an admission of inward paucity. Those who taste God’s presence have declared spiritual bankruptcy and are aware of their spiritual crisis. Their cupboards are bare. Their pockets are empty. Their options are gone. They have long since stopped demanding justice; they are pleading for mercy.

They don’t brag; they beg.

They ask God to do for them what they can’t do without him. They have seen how holy God is and how sinful they are and have agreed with Jesus’ statement, “Salvation is impossible.”

Oh, the irony of God’s delight-born in the parched soil of destitution rather than the fertile ground of achievement.

It’s a different path, a path we’re not accustomed to taking. We don’t often declare our impotence. Admission of failure is not usually admission into joy. Complete confession is not commonly followed by total pardon. But then again, God has never been governed by what is common. 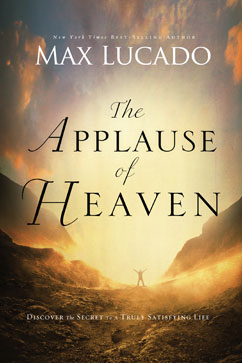