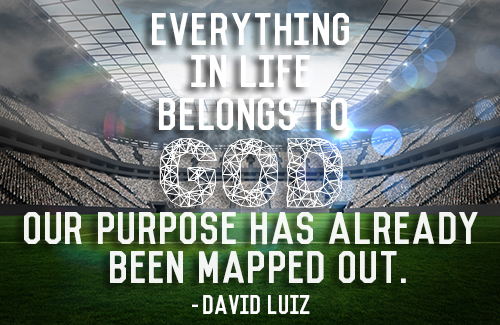 “Everything in life belongs to God. Our purpose has already been mapped out.” – David Luiz.

As a parent, I want to teach my kids that they are capable of doing anything that God has for them to do. I would imagine that you do to! But, finding role models for them who go after their dreams wholeheartedly and are positive influences is challenging in our day and age. A new book that I had the pleasure of reading with my children is Defending the Line. It is the story of David Luiz who made is his debut in professional soccer when he was just a teenager. How incredible is that? There is so much to learn from this story! First and foremost, God can use anyone no matter how young they are or how “worthy” they think they are. God has used me many times in my life when I thought that I was not worthy. That’s an important message for kids to hear – that they can be used by God powerfully to impact their peers and others right at this stage of their lives, not just when they reach adulthood! This book really sang to our hearts. Oftentimes, we plan according to “our” dreams, but our lives really belong to God. We should be seeking the dreams that He has for our lives. I love the David Luiz story because:

Would you like to know a little more about David? Here’s a little excerpt about him and his life. “David Luiz, one of the rising stars in international soccer, has been impressing crowds since he was a boy. But it is his faith, not his fame, that drives him to greater success and keeps him ‘defending the goal’. David made his debut in professional soccer as a left fullback when he was just 19. He was then picked up by Portugal’s Benfica team and named player of the year for the 2009-2010 season. As a star defender and vice-captain for the Brazilian National team, David shines both on and off the field, inspiring athletes around the world with his incredible soccer skills and his unwavering faith. David currently plays for England’s Chelsea Football Club, one of the premier club teams in the world, and he is expected to play for Brazil in the 2014 World Cup.”

How can you encourage the young kids and teenagers in your life to pursue their God-given dreams and go for it with all of their hearts? Come join the conversation on our blog! We would love to hear from you! 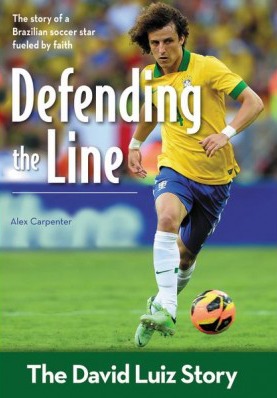 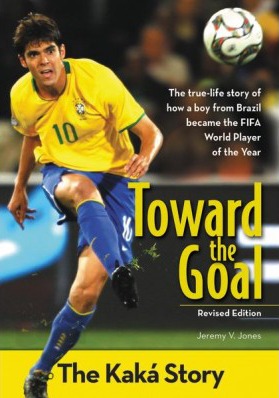