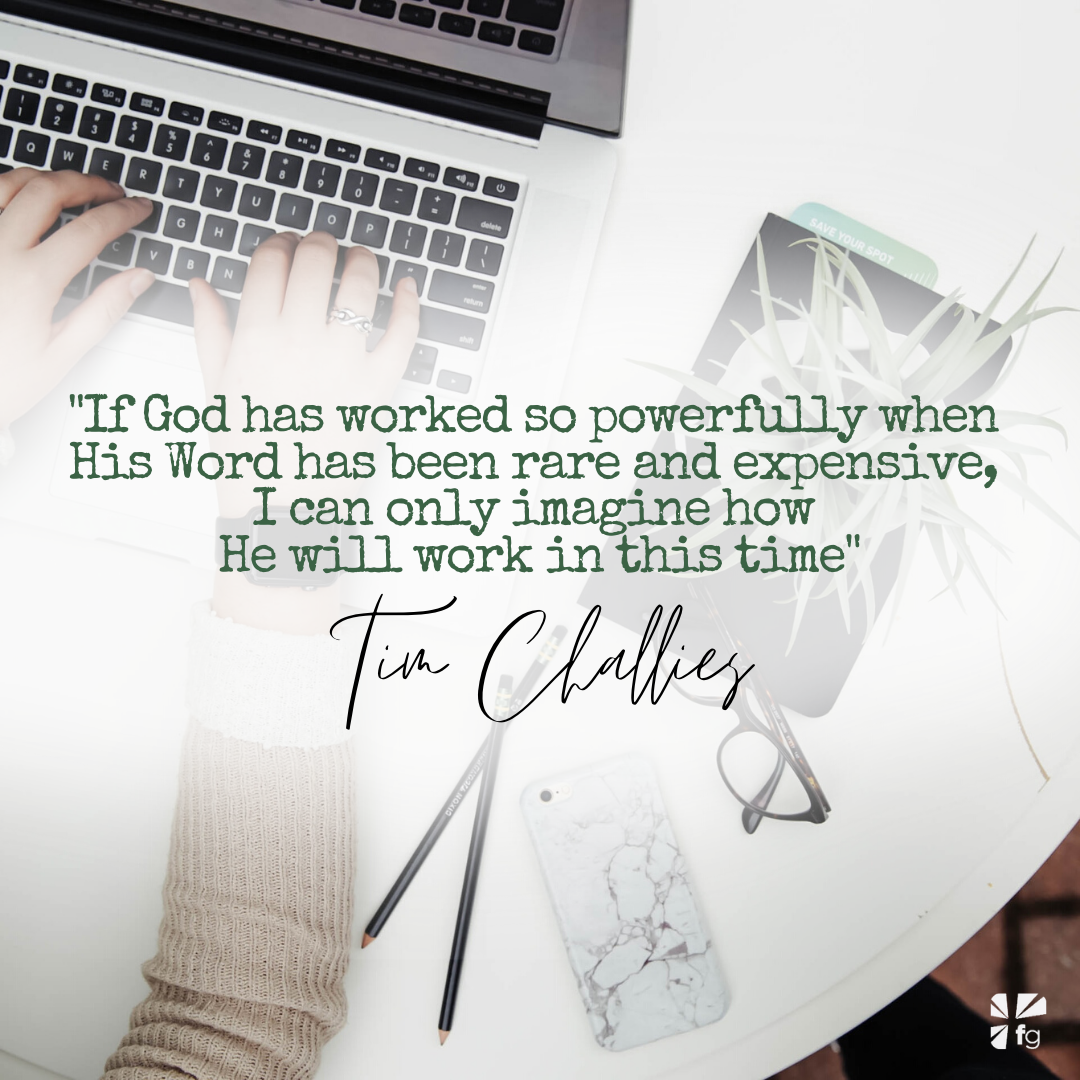 Craig Groeschel founded Life.Church in Oklahoma City, Oklahoma, in 1996. He and a handful of congregants began to meet in a small double-car garage lit with nothing more than a pair of twenty-dollar construction lights. Very quickly, though, the little church experienced explosive growth and was forced to move to a larger location. Today Life.Church is a multisite church that reaches tens of thousands of people every weekend through their many physical locations and their online presence. Collectively, they are considered the second-largest church in America.

In 2006, Groeschel and his team developed the idea to create an online Bible that might uniquely reach this new digital world. At that time Twitter was in its infancy, Facebook had just begun opening registrations to the broader public, having previously been reserved solely for college students, and YouTube was slowly becoming a household name. The people at Life.Church realized that the world was rapidly changing through these technological shifts, and the church would be forced to adapt. They found themselves thinking back to the days of the printing press when, for the first time in history, the Bible suddenly became widely available to the public. They understood that another communications revolution was underway and began to consider how they could take advantage of this digital explosion to distribute the world’s most popular and important book.1

They had big dreams. They dreamed of more than merely distributing the Bible in digital form. They wanted a way to allow readers to have access to the Bible in every possible language, to interact with it, annotate it, and share it, and to form a global community of Bible readers and Bible lovers. Although we’ve come to expect that level of access and interactivity today, this was groundbreaking in 2006.

They called their dream YouVersion.2

The team at Life.Church developed YouVersion.com and, having secured relationships with various Bible publishers, launched the site in September 2007. They waited in hopeful anticipation and were surprised — and a little disappointed — to see that the response was muted. There was little interest in a digital Bible website. Although Groeschel and his team were tempted to give up, they felt that they should attempt one more avenue for their project — the creation of a mobile version of the site. They had begun observing that people were migrating from desktop computers to mobile devices like iPods and smartphones, and a new device called the “iPhone” had just been unveiled. They wondered what possibilities might come with this newfound mobility, and Apple’s new iTunes app store provided the perfect means for distribution, so Life.Church rapidly developed their Bible App and gave it away free of charge.3 They anticipated perhaps a hundred thousand downloads in the first year. There were eighty thousand in the first three days alone.

Even better, they found that people were not only downloading and installing the app but actually using it. People were reading the Bible, looking up passages, and sharing what they learned with their friends. Very quickly the developers began to add new languages, new translations, and new features. And the rest, as they say, is history.

As I write these words, the YouVersion Bible App has been installed on almost four hundred million devices, and it is just one of a host of Bible apps. Its users read over twenty-seven billion chapters of the Bible every year and listen to another four billion chapters. The app offers 1,841 Bible versions that together represent 1,276 languages. It has become the kind of resource Christians in other times could not possibly have imagined.4

Anytime I want, I can pull my phone out of my pocket and gain full access to the app. And that’s just the point, isn’t it? The YouVersion App represents a new era in the history of the church. The digital revolution is an entirely new phenomenon, the creation of resources and materials that are unlike the physical objects that have come before. And this shift is changing everything. Most importantly, it is changing the way people read and experience God’s Word.

Our brief (and very limited) survey of church history has shown that for most of the history of Christianity, access to God’s Word has been scarce. Historically the Bible has been both rare and expensive. But in a digital world, the Bible can be infinitely duplicated and distributed at no cost. We live in a time of transition, from an era of Bible scarcity to an era of Bible abundance. As the internet extends to the farthest reaches of the earth, so, too, does the reach of God’s Word. YouVersion is just one of countless thousands of apps that is taking the Word to the people.

We end in a world so very different from the world that birthed the Christian church. But our time, too, is filled with promise and possibility. God has promised that His Word has always been living and active, sharper than any two-edged sword. If God has worked so powerfully when His Word has been rare and expensive, I can only imagine how He will work in this time, when the Bible can so easily be read and shared with billions of people. I can only begin to imagine how God will glorify Himself in a world like this.

For the Word of God is alive and active. Sharper than any double-edged sword, it penetrates even to dividing soul and spirit, joints and marrow; it judges the thoughts and attitudes of the heart. — Hebrews 4:12

We live in an amazing age. An age when anyone, anywhere can access the Bible right on their phone. Imagine what’s to come! Share your thoughts with us on our blog. We want to hear from you about the spread of God’s Word across the globe! ~ Devotionals Daily