Some readers may be thinking, I have worked hard and achieved a lot in my personal life, so why should I worry myself about the well-being of people who are too lazy to take advantage of opportunities to succeed? However, for every one of those young people we can keep from choosing a self-destructive path, that’s one less person we have to be afraid of or protect our families from, one less person we will have to pay for in the penal system or the welfare system, and one more productive, taxpaying member of society who may discover a new energy source or the cure for cancer. Every person is endowed with God-given abilities, and we must cultivate every ounce of talent we have in order to maintain our pinnacle position in the world.

Our nation’s founding fathers certainly believed in the task of educating the populace as foundational to a nation’s health. In a letter to George Chapman on December 15, 1784, George Washington wrote, “The best means of forming a manly, virtuous, and happy people will be found in the right education of youth. Without this foundation, every other means, in my opinion, must fail.” James Madison added, “A popular government, without popular information, or the means of acquiring it, is but a prologue to a farce or a tragedy; or, perhaps both. Knowledge will forever govern ignorance: and a people who mean to be their own governors, must arm themselves with the power which knowledge gives.”

These statements by some of our founding fathers emphasize how essential a solid general education is to all the constituents of American society. By remaining ignorant, we shirk our democratic duty and open ourselves to slick politicians who would usurp our rights. Some of the segments of our society who are most easily led astray are those with the poorest general education, which makes one wonder if those seeking political advantage are happy to maintain the status quo in order that the uneducated might be more easily manipulated.

The founders also believed that education is crucial to offering checks and balances to governing leaders’ power. Otherwise, the insidious loss of freedom, quite relevant to us today, will follow. For “enlightened statesmen will not always be at the helm,” James Madison noted in The Federalist Papers. He also pointed out in a speech to the Virginia ratifying convention on June 16, 1788, that “there are more instances of the abridgment of the freedom of the people by gradual and silent encroachments of those in power than by violent and sudden usurpations.”

We can certainly see a gradual erosion of hard-won rights everywhere around us today. For instance, a recent regulation imposed by the Department of Veterans Affairs banned the words God and Jesus during funeral services at the Houston National Cemetery. This obvious violation of the Constitution is being challenged legally by the Veterans of Foreign Wars, the American Legion, and the National Memorial Ladies, who fortunately are educated enough to know their rights and are brave enough to fight for them.

I’m sure our nation’s founders hoped and prayed that we would not stray from the freedom they fought and died to provide. Reading about their vision for a unique nation inhabited by people with unprecedented freedom is truly inspiring, and we must be careful not to allow those who like to rewrite history to silence the voices of those God-fearing visionaries who founded America. We have a very rich history of placing tremendous value on education, and there is no reason that we cannot once again become the world’s most educated nation.

We have a tremendous amount of technology available to us that can help us quickly close the achievement gap that exists between our children and those in many other advanced nations. One such technology currently being developed is a computer program that analyzes the way a student solves math problems to figure out where there are gaps in that student’s knowledge. The computer then tutors the student in his or her area of deficiency until the student is able to solve problems correctly. This is, of course, the same thing that a good teacher can do, but computers provide the ability to tutor a whole classroom simultaneously as opposed to one student at a time, allowing the teacher freedom to focus energy on students needing personal attention.

We also should put a great deal of emphasis on the concept of virtual classrooms. Although the technology is only in its infancy, it will provide the ability to put the very best teachers in the world in front of millions of our children on the same day. It will allow children to virtually explore the pyramids of Egypt, or the Amazon Basin, or even the surface of the moon. This kind of education should also be available to parents and other adults who want to know what their children are learning and desire to increase their own value, because knowledge is power. Not only can we do this, but we must do this in order to remain a potent worldwide leader in this age of information.

Excerpted with permission from The New York Times bestseller America the Beautiful: Rediscovering What Made this Nation Great  by Dr. Ben Carson. 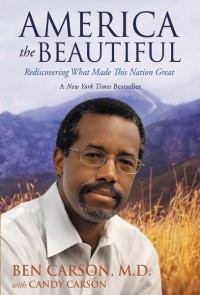