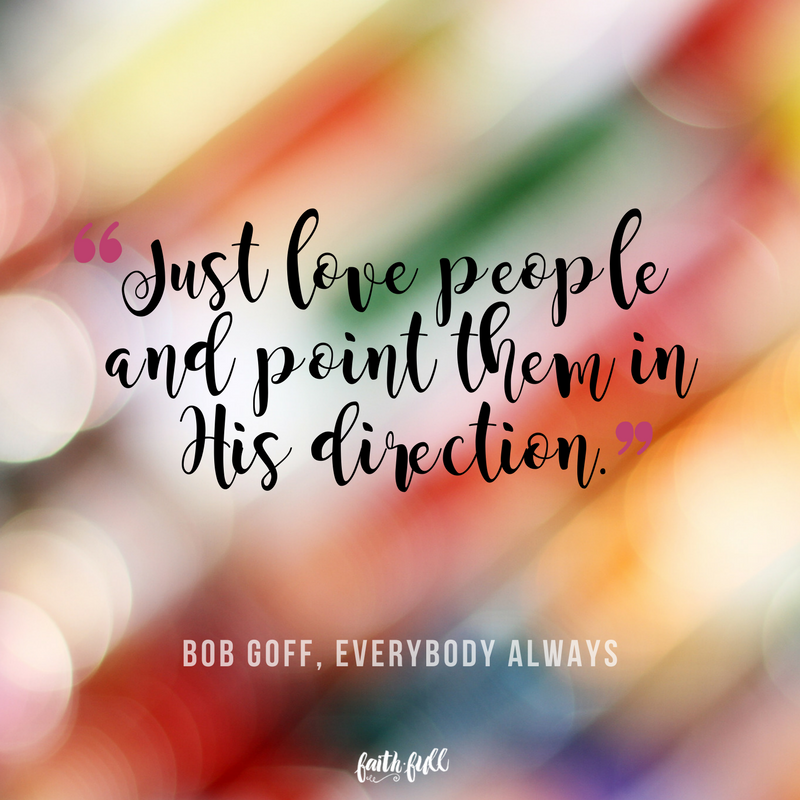 One of the stories God tells in the Bible is much simpler than we sometimes make it. Jesus was with a few of His friends and He asked them who people thought He was. It must have felt like a funny question for Jesus to ask His friends who had been with Him for a few years already. Peter spoke up first and said He thought Jesus was God. Jesus told him this wasn’t the kind of thing Peter could have figured out just because someone told him what to think. Instead, He said it’s something Peter would have only known because God told him. Jesus then told His friends something even more puzzling. He told them not to tell anyone who He was. At first this seems to go against the grain of the evangelistic model many of us have been exposed to, but I don’t think He was trying to keep His identity a secret. Just the opposite. Jesus probably wants us to show people who He is by what we do, not just tell them what we think.

I’ve been asking God to help me figure out who I really am and who He really is.

Most of us have all the knowledge we need. People don’t need information; they want examples. God wants to use people like us to show the world what we know about Jesus by having them see the way we love the people around us. Particularly the difficult ones.

I’ve sometimes thought I’d make a lousy evangelist because I don’t think we lead people to Jesus. I think Jesus leads people to Jesus. Sure, we can tell the people we meet about Jesus. I talk about Him all the time because my life is His, but I don’t try to talk people into Him. When I’ve tried and it worked, what I often found is I’d led people to me, not Him. If we take Jesus at His word, people won’t know who Jesus is because we’ve told them; they’ll know because Jesus let them know. If you’re already friends with Jesus, don’t get in everyone else’s way as they figure it out with Him. Just love them and point them in His direction. If you’ve only heard of Him, ask Him who He is. I bet He’ll let you know.

When Jesus invaded history, it’s as if He stood at the front of a long line of people — everyone who has ever lived or will live. He asked all of us if we knew who we were, and He asked us who we thought He was. Some got it right and some didn’t. The same is still true today. I bet Jesus asked so many people about who they were, and who they thought He was, because there were as many people then as there are now who are confused about both. Our words say we’re one person, but our lives say we’re someone else. We do the same thing with Jesus. Some of us say He’s God and we’re following Him, but then we live like our ego is calling all the shots.

The beautiful message of Jesus is His invitation to everyone that they can trade in who they used to be for who God sees them becoming.

He said we can each get a new identity in Him. The people who take Him up on this offer begin to define success and failure the way He did. They move from merely identifying with someone’s pain to standing with them in it, and from having a bunch of opinions to giving away love and grace freely. People who are becoming love make doing these things look effortless.

Excerpted with permission from Everybody, Always by Bob Goff, copyright Bob Goff.

One of the most wonderful things about Jesus is that He doesn’t just love people, He is love. As we grow in following Him, He works an inexplicable gift of transformation with us and we become more like Him. Which means we love people better. We follow His example and love without prejudice and lavishly. Everybody. Always. Instead of telling people what Jesus meant, our most powerful way to preach the Good News of Christ is just to love people the way He did. Come share your thoughts with us on our blog. We want to hear from you! ~ Laurie McClure, Faith.Full