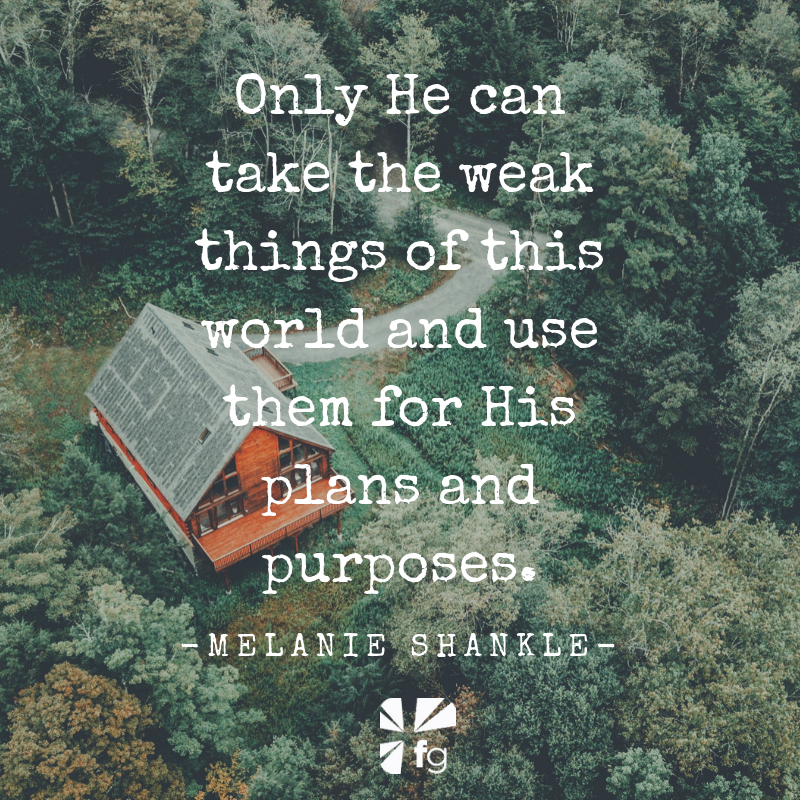 The Lord had said to Abram, “Go from your country, your people and your father’s household to the land I will show you. I will make you into a great nation, and I will bless you; I will make your name great, and you will be a blessing. — Genesis 12:1-2

Sometimes when circumstances get too big or seem to be different from what I want, doubts start creeping in. What if this isn’t the right thing? What if I heard God wrong? What if I’ve made a huge mistake? What if I’m totally screwing up my child and she ends up living in a van down by the river?

I get scared. I realize this doesn’t make me different from anyone else. We all like to feel in control of every aspect of our lives, and it’s hard to surrender that control. It’s hard to say, “I trust You” — no matter what.

One of the few constants in life is that things will always change. And I, like many others, hate change. It leaves me feeling unsettled, unsure, and insecure as I try to find new footing in different circumstances. But the thing about moving forward is that it requires venturing into new, uncharted territory.

Often, I feel a little like God is holding a big megaphone and saying, “Hey, you! YES, YOU OF LITTLE FAITH. I have a plan.”

What if Abram had stayed?

What if he had decided that the whole venture was just a little too risky? What if he chose to stick with what was familiar? I don’t know the answer to all of that, other than knowing that God wouldn’t have been able to use him the way He did. Sure, God has a destiny for all of us, a plan that He has known since before we took a breath, but He never forces us to do anything. We take our own steps, whether they are toward His will or away from it.

The thing that’s scary is that the steps toward His will are the hardest of all because they require us to leave the familiar. Wasn’t it Loretta Lynn who said something like, “Better the devil you know than the devil you don’t”? And yes, I just quoted Loretta Lynn. Bear with me because this isn’t the first time and certainly won’t be the last.

It’s all about faith.

By faith Abraham, when called to go to a place he would later receive as his inheritance, obeyed and went, even though he did not know where he was going. — Hebrews 11:8

Hebrews 11 even goes on to say how God used Abraham even though “he was as good as dead” (Hebrews 11:12). I’m not great, but I’m certainly better than practically dead.

Anyway, that’s how I feel.

I’m not sure where life is headed, but I know God has a plan.

The Sunday school answer is yes, but the reality is deeper than that. Sometimes as we watch God put pieces of our life together like a puzzle, the question that gnaws away at us is “Who am I to deserve any of this?” I’m so awed and so weak. Some days my faith wouldn’t even rate as average. I relate all too well to the man who asked Jesus to heal his son in Mark 9:23-24. Jesus told him everything is possible for him who believes, and the father exclaimed,

I do believe; help me overcome my unbelief!

It makes me laugh because of how much I relate. How many times have I done the same thing — professed how much I believe and then prayed to overcome all my doubts in the same breath? Too many to count. Seriously. I am a weak vessel.

But so was Abraham. And Moses. And King David. They all had moments of doubt, moments when they took matters into their own hands and tried their best to screw everything up. Yet God had amazing plans for them. He used them despite their human limitations. Only God can do that.

Only He can take the weak things of this world and use them for His plans and purposes.

If you feel weak, you’re in good company! The heroes of the faith also felt weak; they didn’t know where they were going; they had to reaffirm their faith; they sometimes got loose in the turns just as we do. Let’s thank the Lord today that He uses weak vessels! Come share your thoughts with us on our blog. We want to hear from you! ~ Devotionals Daily