When the Japanese were en route over the Pacific to bomb Pearl Harbor, a Japanese naval commander proclaimed to the chief officer of the fleet that Japan would soon be the greatest world power, eliminating the superpower status of the United States.

The chief commander looked reflectively at his comrade and said,

“I fear all we have done is to awaken a sleeping giant and fill him with a terrible resolve.”

Jerusalem had once been a great city containing a formidable people with a formidable faith in God. Now these people were a laughingstock. None of the surrounding territories took them seriously; the Jews didn’t even take themselves seriously. But as soon as Nehemiah began to believe that things could be different, a sleeping giant awoke.

After living in a spiritual slumber for decades, the Jews were about to do something great.

They were about to rebuild more than a wall; they would rebuild their faith and commitment to God, and Nehemiah was going to show them how.

But here’s where things get tricky. Whenever we move past complacency toward the hope that inhabits a vision, we’re not the only sleeping giant that awakes. Our adversaries awake too — the pesky, annoying, and sometimes debilitating forces that try to obliterate our vision and tie our hands behind our backs. In Nehemiah’s case, his adversaries had names: “When Sanballat the Horonite and Tobiah the Ammonite official heard about this, they were very much disturbed that someone had come to promote the welfare of the Israelites” (Nehemiah 2:10).

Not everyone was happy that the mild-mannered Jews would rebuild their wall. Sanballat and Tobiah were politicians, and this political move infuriated them. They liked things the way they were and didn’t want anyone stirring up the hope and faith of a people who once were strong. These men proved to be the worst kind of adversaries — the kind best described as “Satan in a suit.” These were the men Satan pushed like puppets to discourage Nehemiah any way they could.

I wish we could hear the conversation Satan has with his posse of demons whenever a believer gets serious about their love for God. It might go something like this:

“Oh shoot, she knows that Jesus is real and truly loves her. Oh no! She’s starting to talk about this love to other people. Ahhhh! She’s not afraid anymore, and she’s helping other people understand the truth! We need to distract her or lie to her or something!”

When was the last time you scared Satan? It seems we spend so much time playing defense that we forget that believers are on the offense. God is calling the shots through us, His receptive people. We are participating in the plays that bring victory to God.

Years ago, I adopted a phrase that helps me put this perspective in place. After fighting and flailing when I saw Satan’s attempts to paralyze my growth, I realized that Satan wasn’t going anywhere — but I didn’t have to allow him to walk around with me. I started to discipline him like I would an unruly child. I began to say, “Go sit on the couch!” to this nagging pest.

To this day, if he tries to speak to me, I say, “Sit on the couch! You aren’t allowed to follow me throughout my day.” Jesus simply said, “Get behind me, Satan!” (Matthew 16:23). Notice He didn’t engage him in a long dialogue of religious mumbo jumbo;

He simply said, “Go away,” and that was enough to put Satan in his place.

Sometimes it’s hard to know exactly what or who your adversaries are. They can look hazy at times.

Is there someone who bullies you? Someone who torments you verbally, physically, or sexually? Someone who comes against you because of their own jealousy or insecurity? Someone who threatens you or pins you down in guilt, deceit, or manipulation? These are adversaries seeking to harm your spirit. They long to hold you in place and punch you until you give up.

These are murmuring adversaries that must be told to sit. We may be looking back at that couch with tears, bruised and battered but not defeated. If we have the guts to make them flee, they have to go.

David spoke to God about his adversaries with desperate confidence. He knew that God alone could turn them back.

Your adversaries, whoever they are or whatever they look like, will turn back and suddenly be put to shame. What a comfort to know that we aren’t put to shame; our adversaries are! We need to remember this truth when we’re feeling the heat of their breath and hearing the rasp of their voice.

Every vision has its adversaries, and when they mock, we strike back with the confidence and trust that God is bigger than their taunts.

Think about the questions above: Do you have an adversary or adversaries that you haven’t considered yet? Take some time today to tell them to go sit on the couch! Join the conversation on our blog! We’d love to hear from you! ~ Devotionals Daily 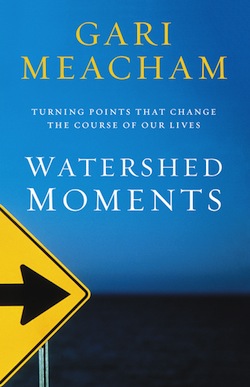