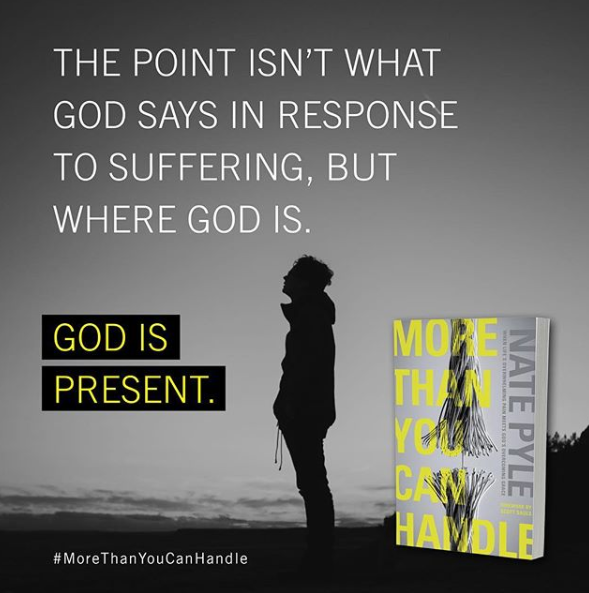 Whatever threatens an idol will be deemed evil. The idol of security will see risk as a threat to avoid. The idol of family will see the other as someone of suspicion. The idol of nationalism sees any identity that challenges one’s national identity as a threat. The idol of a simplistic worldview will see education as an evil. And if your idol is certainty, you will perceive doubt as the enemy.

We see evidence of this throughout Christianity. Science is viewed with suspicion because it raises questions about the creation narrative in Genesis, our understanding of what it means to be human, and the miraculous. People who ask questions are labeled as dangerous wolves leading people astray. College and public education are feared because they expose young people to ideas that force them to wrestle with their faith. All of this wrestling and exploring is okay — even good — unless certainty saves you and doubt is a threat.

What if faith isn’t ever meant to be defined by certainty? What if mystery and questions and doubts and learning are the fuel of a faith that is able to burn red-hot, even on the coldest, darkest nights?

Some might push back against embracing our doubts, pointing to the first verse of Hebrews 11, which seems to be another call for certainty:

Now faith is confidence in what we hope for and assurance about what we do not see.

Certainty, it seems, is central to faith. But is it?

As post-Enlightenment people, we think of certainty as an intellectual assent to an idea based on evidence. We are certain the world is round(ish) because there has been enough empirical evidence to justify our assent to that idea. We’re certain that our bodies are made up of millions and millions of cells because, with the help of microscopes, we can see them. We’re certain that fire consumes what it burns because we can see the ash it leaves behind. Evidence drives our certainty.

It’s tempting to believe the myth of certainty. Rationally, it seems as if certitude about what God is doing or will do can provide hope in the midst of suffering. But any hope it offers is cheap. It rests on superficial claims, prematurely providing “answers” to our deepest questions by trivializing the very real pain we carry. It shortcuts the cross, negating its necessity in providing salvation by selling snake oil guaranteeing a life “free of suffering.” But the Gospel of Jesus is that in the Cross, through the suffering of the Cross, life is found. This is a profound mystery. Jesus didn’t just go to the Cross so we wouldn’t have to.

Jesus went to the Cross and rose three days later so when we find ourselves suffering and crying out to God from our own crosses, we may have hope in ultimate healing through restoration.

Real hope, then, isn’t some intellectual proposition to believe in. Real hope is found when our faith is hammered out on the anvil of human experience.1

Being a follower of Jesus wasn’t designed to be based on certainty. Abraham wasn’t certain where God would lead him when he left his father’s house. Moses wasn’t certain he could convince Pharaoh to let the Israelites go. And it’s likely Peter wasn’t certain what Jesus meant when he was invited to fish for people.

Living in the Kingdom of God isn’t about certainty. It’s about relationship. And relationship is founded on trust.

When my wife and I were married, we stood in front of our friends and family and made vows. We were young, deeply in love, and undeniably naive when we pledged to walk with each other in good times and in bad, in health and in sickness, in joy and in sorrow. The future was a mystery. We had no idea what it would hold and no ability to be certain that we would be able to fulfill those promises. We didn’t know that one day I would be fired from a ministry position. We didn’t know that we would face infertility. We didn’t know how each of us would respond to those situations. When we stood, hand in hand, facing each other and making promises about our future, there was no way to know with any certainty what we were promising. Were we certain of our love for one another? We might say we were certain, but there wasn’t enough evidence for that. No one outside of us would have had enough evidence to definitively conclude that they could be intellectually certain we would survive life’s events.

Faith is not intellectual certainty. It’s trust. Faith is, despite all the evidence to the contrary, an abiding expectation in the promises of God. A confidence that he will never leave us or forsake us. That no matter what we see happening around us, the God who created the universe has not abandoned it and has not given up on working good in it.

Trust can handle what certainty can’t — our doubts and questions.

Faith, then, isn’t the absence of doubts and questions, but it’s a relationship with such a deep commitment to one another that it can handle the doubts and questions. That’s why an evidence-based faith cannot sustain us when the helter-skelter sucks us into its whirlwind. How can you claim to know what God is doing when a young, expectant mother is told that her daughter who’ll be born in six weeks has a birth defect that may take her life? How can you be certain that you’ve got enough faith to convince God you’re deserving of healing?

Excerpted with permission from More Than You Can Handle by Nate Pyle, copyright Nathan Pyle.

If you aren’t certain, you are in good company. If you don’t know what lies ahead, welcome to the club. If you’re wrestling with doubt and feel completely unprepared for what’s to come, you have Christian brothers and sisters around you in the exact same boat. It’s our relationship with Jesus, the sureness of Him, that counts. Not certainty and fearlessness. Come share your thoughts on doubt and questions on our blog. We would love to hear your story! ~ Devotionals Daily