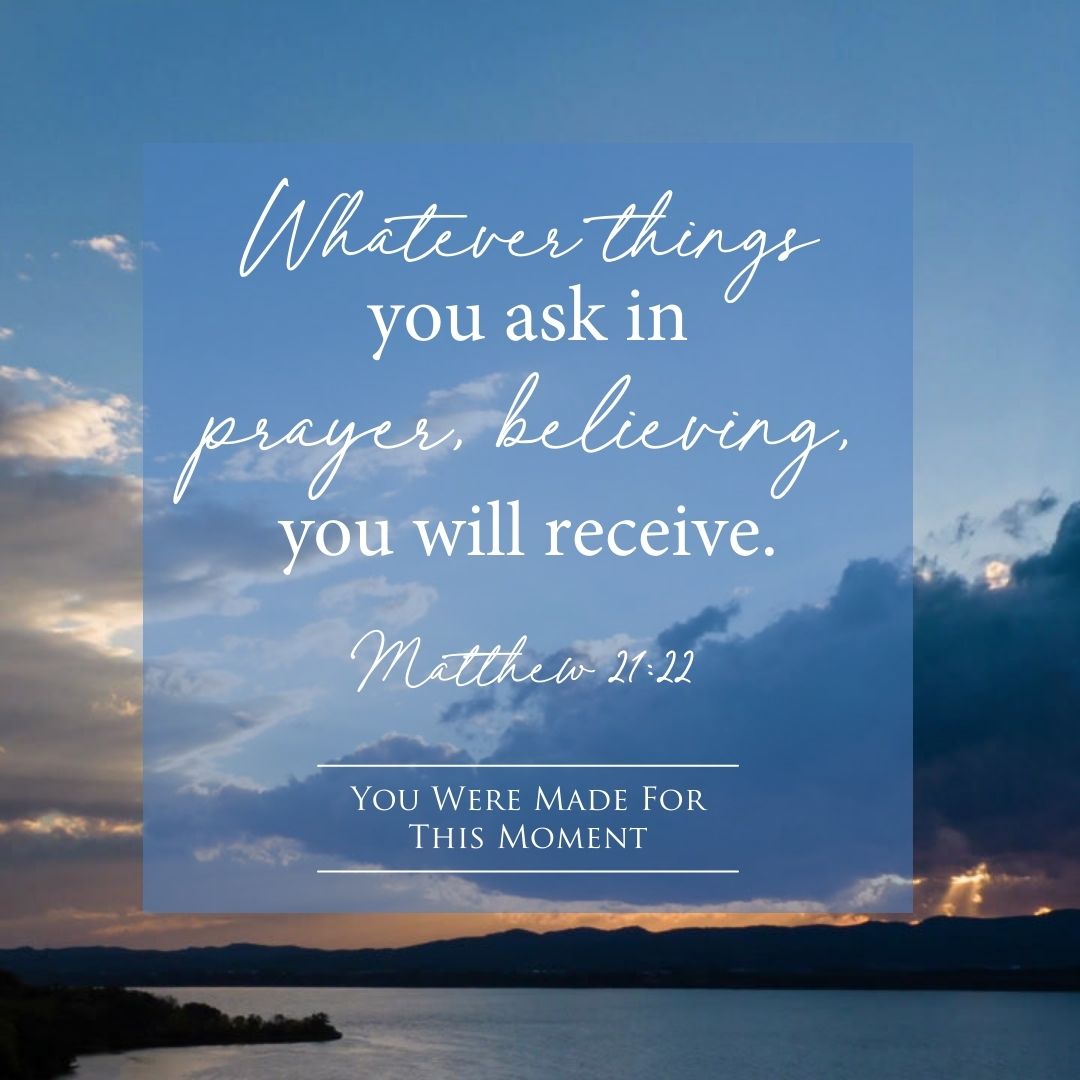 Several films have been based on the story of Esther. In the ones I have seen, she is ravishingly gorgeous. Eyes shaped like crescents, unblemished olive skin. A Hollywood heartthrob, this lady. And, indeed, she must have been. Selected as the queen of Persia out of a harem of lovely contenders.

The movies are equally unanimous as to the moment of high drama: Esther and her unsolicited visit to King Xerxes. She stands at the throne room entryway, robed in elegance. The camera can hardly bear to turn away from her splendor. When it does, we see Xerxes wide-eyed with mouth open. “What can I do for you, my beauty?” The implied message of the movies is clear: the good looks of Esther softened and swayed the hard heart of Xerxes.

Yet Scripture tells a different story. Yes, she appeared before the king. Yes, she did so at great risk. And, yes, Xerxes lowered his scepter and invited her to enter. But it wasn’t her beauty that made the difference. Look at the text, and see if you agree.

Then Esther sent this reply to Mordecai: “Go, gather together all the Jews who are in Susa, and fast for me. Do not eat or drink for three days, night or day. I and my attendants will fast as you do. When this is done, I will go to the king, even though it is against the law. And if I perish, I perish.” — Esther 4:15-16

She realized, perhaps for the first time, that silence is a form of acquiescence. Her people, the Jews, had been declared worthy of mass murder, and she has done nothing. Either she was too oblivious to know or too afraid to act. Either way, her apathy was inexcusable.

But what could she do? The king had made his decision. The vizier had declared the death penalty. Neither had any interest in a change of mind. Just the opposite. They were making a statement: don’t mess with Xerxes. Esther faced an immovable wall and the possibility of death for making the wrong move. She responded, not with a call to her hair stylist, but with a retreat into the prayer chamber.

In the movie I wish someone would make, Esther reads the words of Mordecai and crumbles into a heap, face-first on the floor of her bedroom. Her nation is about to be led to slaughter. It’s going to be a bloodbath, and she sleeps with the king who ordered it. Her handmaids see her fall to the ground and rush to her aid. She waves them away. “Just get word to Mordecai: I’ll go to see the king. Even if it costs me my life. Tell everyone to pray.”

This is a new Esther. Until this point she had relied on her good looks. Now she casts herself upon her God.

She will soon stand before Xerxes. She will soon risk her life. She will seek the reversal of an irreversible law that has been sponsored by the most powerful man in the empire and endorsed with the king’s own signet ring. She knows that God’s intervention is their only hope.

This is a prayer of desperation.

Three days. No food. No water. Fears took her sleep. Hunger gnawed at her gut. Dehydration dried her skin and hollowed her eyes. She prayed a prayer of tears.

You know what happened next. When Esther entered the king’s throne room, she was once again a head-to-toe picture of Persian perfection. One look at her and the jaw of Xerxes hit the ground. The scripture says,

he was pleased with her and held out to her the gold scepter that was in his hand. — Esther 5:2

Pleased with her? How about “unraveled by her”? “Overwhelmed by her”? “Reduced to ice cream on a July sidewalk by the sight of her”? “I’ll give you half of the kingdom,” the king gulped. He was a middle schooler; she was a college-age cheerleader. I get that.

But it wasn’t her glamour that opened the throne room door. It was her prayers. She came before the king in beauty only after she lingered before the King of kings in humility. Aren’t we called to do the same?

Many years ago when our family lived in Brazil, a new Christian came to one of our church leaders with a question. He’d been reading his Bible (good for him), and he discovered this promise:

Whatever things you ask in prayer, believing, you will receive. — Matthew 21:22 NKJV

“Does our church believe this passage?” he wondered.
What is a missionary to say? “Yes, of course.”
“Then,” he posed, “why do we work so hard and pray so little?” Good question. Why do we?

What if the only thing between you and a season of refreshing is prayer? I don’t mean a shallow tip o’ the hat to the “man upstairs.” I’m talking about heartfelt prayer. I can’t think of a more simple — or more important — way that we can partner with God in bringing about a reversal. 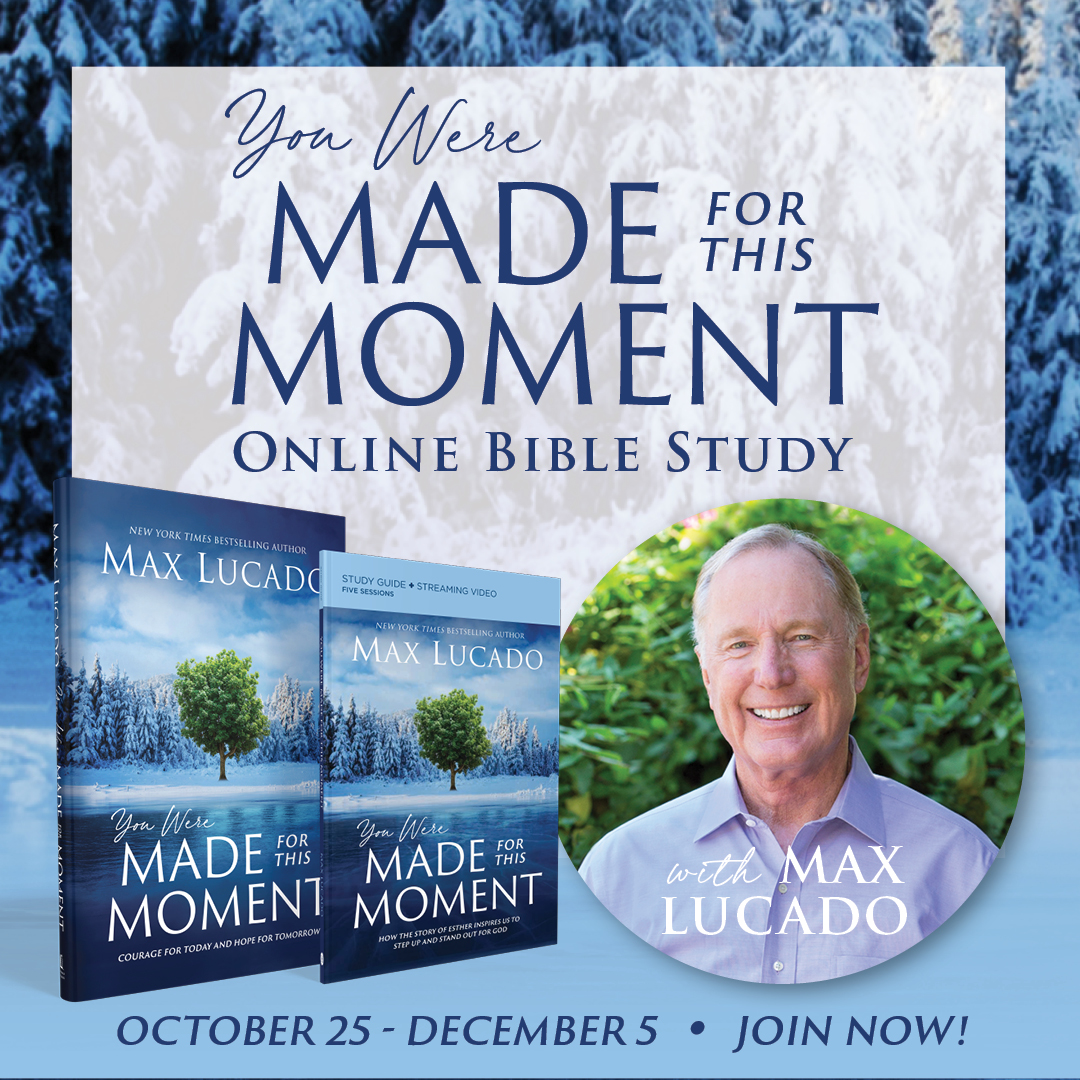 Excerpted with permission from You Were Made for This Moment by Max Lucado, copyright Max Lucado.