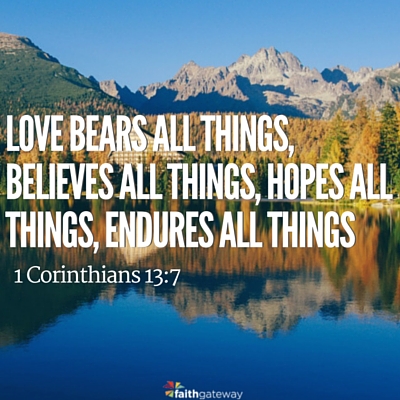 We talk about our moms as the center of the family. And in certain critical ways, they always will be.

But as fathers we have just as important a role to play in the lives of our boys and girls that goes beyond carrying the family’s mantle of leadership. We must get back to the father’s traditional roles of provision and protection. A picture comes to my mind – a big, old tree in the backyard, an oak that spreads its branches across the sky like open arms, an oak that kids filled with energy run to in the morning or sit beside for comfort in the afternoon. I think of that feeling of unshakeable security, that sense of always being there for you.

Just the other day I had a conversation with Troy, our youngest son. We planned to attend a play late that afternoon, a play he’d been looking forward to, but he wasn’t feeling well.

He had a bad head cold and sounded like he could use some chicken noodle soup and good rest.

“Well, you want to sit next to me so I can put my arm around you?” I asked. “Would that make you feel better?”

That’s a pretty special feeling as a father, knowing your hug is as good, or as healing, in a way, as a bowl of chicken noodle soup. And even though that sounds very nurturing and motherly, I see it more as that old oak tree, always there to provide and protect.

When I think of what it means to be a dad, I think of a jolly father who says, “Come, come and sit on my lap. My boy, what did you do today? Did you make a mistake today? How did that go? What did you learn from that?” That may sound funny, but that’s the dad figure to me, a reflection of how I see our heavenly Father. Someone who’s always there, almost always smiling, always glad to see you, always glad to share a belly laugh. That father can be stern, but always in a loving way – never harsh, never cutting, never biting. Even when his kids know they’ve blown it, they don’t feel scared to talk with him about it. He fosters a relationship where his children can tell him anything. Consequences may come, even punishment. But in the midst of all that, he would never speak to them out of condemnation. His children would feel comfortable and safe speaking to him, no matter what they had done.

Is that an easy relationship dynamic to master? Hardly. Every one of us, even the greatest of dads, falls short. But it’s an ideal we should strive for every day.

Fatherhood is about being engaged with your kids, talking with them, wrestling with them, holding them when they need to be held.

It’s wanting to be there for the first step and all the steps thereafter, not fleeing into the safety of a man cave or escaping to the security of work. Sure, career is important, but it’s a short, flighty thing compared to your relationship with your kids. You may go through five or ten jobs during your working life. The relationship you have with your children lasts a lifetime. Or it should, and it will, if you connect with them emotionally when they’re young.

Of course, being a “big tree” or a jolly, welcoming father doesn’t sound all that heroic. And maybe to some, it doesn’t even sound all that manly. Picking up a Ken doll and playing with your daughter and her Barbie Dreamhouse sounds, well, just about as unmanly as you can get. It’s not much like extinguishing a fire that very well might burn down the entire Grand Canyon.

But to me, the willingness to grab that Ken doll and play with your daughter for a while lies at the heart of true manhood.

Look in the Bible and you’ll find that love, the secret to fatherhood, often gets explicitly tied to the idea of sacrifice.

I urge you, brothers and sisters, in view of God’s mercy, to offer your bodies as a living sacrifice, holy and pleasing to God – this is your true and proper worship. Do not conform to the pattern of this world, but be transformed by the renewing of your mind. Then you will be able to test and approve what God’s will is – His good, pleasing and perfect will.

The Lord wills that we be good fathers to our children and good husbands to our wives. Is manliness just brute power and strength and might? Or does it say, “I’m going to lay down my life for you”? On the surface, sacrifice can feel weak and powerless, but it’s not. It’s powerful. Christ may have looked weak and powerless on the cross during his moment of ultimate sacrifice, and yet that sacrifice remains the most powerful act the universe has ever seen.

We are at our strongest when we lay down our lives, even in small ways, for our wives and children – maybe especially in small ways.

It’s hard to do. We get into arguments because we don’t always do it well. But I guess that’s why it’s called a “sacrifice.” If it were easy, it wouldn’t be a sacrifice.

When you look at healthy families, you see one common characteristic – sacrificial men.

After a broadcast for Focus on the Family, Karen Ehman, author of Let. It. Go.: How to Stop Running the Show and Start Walking in Faith, told a powerful story to our producer that had to do with her husband, Todd. When their kids were younger, Todd worked as a youth pastor, which, as any youth pastor will tell you, is a full-time job, plus about thirty or fifty more hours. One day, just after he got home from rappelling with his junior high group and got ready to walk out the door to do another team outreach thing, Todd knelt in front of his daughter, who was about four at the time, and said, “Honey, I’m going to share Jesus with these teens, and I need your prayers.”

When are you going to stay home and share Jesus with me?

Todd left his ministry position, took a job at GM as a line assemblyman, and started getting home at five every day. He still does ministry, but he stayed home every night with his kids as they grew up. That’s courageous fathering. I know it convicted me.

I’m not saying everyone should follow Todd’s example. My own job sometimes requires travel and time away that I’d like to spend at home. It requires balance. But as fathers, we have to challenge ourselves to make sacrifices for our kids. We need to not only tell them that we love them but also show them that they’re among the most important people in the world to us. That might sometimes lead us to make radical choices. But being a dad is, or at least it should be, a pretty radical experience.

When my stepfather walked out of our family’s life forever, he told us he couldn’t deal with it. That, to me, is the antithesis of fatherhood. God calls us as men to deal with discomforting situations such as the ones fatherhood can put us in.

Excerpted with permission from The Good Dad by Jim Daly, copyright James Daly.

As a father, did you ever experience times when you felt like you couldn’t deal with a situation anymore? Times when you wanted to run away? How did you get over those times? Describe the most heroic thing you’ve ever done. How have you sacrificed for your family? Are there areas in your life where you feel you should sacrifice more?

Come join the conversation on our blog. We would love to hear from you! ~ Devotionals Daily