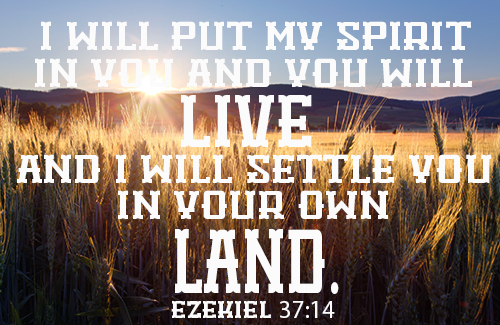 Father’s Day is a wonderful day to bestow honor on dads for all that they do for their families.

Dads love to get cards and gifts, enjoy their favorite meal, and have some family fun doing the things dads likes to do.

But on the Monday following Father’s Day, it is back to the grind, the struggles, the job, and the unspoken feelings and day-to-day pressures. It is the other 364 days when dads face the realities of life.

Truth be told, most fathers struggle with feelings of inadequacy and lost-ness. Men can feel like they are in over their head when the pressures of the job reach their peak. When the month lasts longer than the finances, men face the personal frustration of having worked hard, yet not being able to adequately support the needs of the family.

Perhaps the area where men face the most inner conflict is in their spiritual lives. When serious problems arise, it is all too easy to question God about what He is doing in their lives. When this happens, the deceiver is all too willing to step in, attempting to alienate men from the Christ who died for them. Although we have been saved, in challenging times it can be easy to question our relationship with God.

This Father’s Day, dads can re-focus on their relationship with God, to be the men God called them to be, to show their children what it means to be a person of God. If dads can have victory over this one area, then they will have victories in many areas of their lives.

Colossians 2:8 says, “See to it that no one takes you captive through hollow and deceptive philosophy, which depends on human tradition and the elemental spiritual forces of this world rather than on Christ.”

“Juneteenth, an unusual holiday started in Texas, is now celebrated each June 19 across the country. This holiday commemorates the day in 1865 when Gordon Granger, a Union general, rode into Galveston, Texas, and announced that slavery had ended. Reaction among the newly freed slaves ranged from shock to jubilant celebration.

Imagine living your whole life as a slave and learning for the first time that you’re free.

However, there’s more to this story. General Granger announced the news in Texas on June 19, 1865. But the slaves had actually gained their freedom when President Lincoln had issued the Emancipation Proclamation on New Year’s Day in 1863. In other words, the slaves in Texas had been free for more than two and a half years, but they hadn’t known it. They had continued living as slaves, unaware that the nation had abolished the institution of slavery.

Paul reminds us that we once lived in bondage to sin. In fact, we weren’t just enslaved to sin – it had such a stranglehold on us that we were spiritually dead. But because of the work of Christ, we now experience freedom from sin and the joy of vibrant life in Him:

Because of His great love for us, God, who is rich in mercy, made us alive with Christ even when we were dead. – Ephesians 2:4-5)

From Freedom to Change

The temple built by Herod the Great was standing throughout the New Testament period up to the fall of Jerusalem in A.D. 70. In the temple area there was a wall about four and a half feet high that only Jews could go beyond (Ephesians 2:14). There were warning notices carved in the wall, one of which was discovered almost intact in 1871.

Sometimes it’s difficult to convince people that they need to be saved from something they can’t see. That’s why we need to be aware of all that God has done for us. One mark of Christians is that we’re intimately aware of what we would have become and where we would have ended up had God not intervened. We understand that although we don’t deserve it. God loves us anyway.

Certainly, this should produce joy in us. But another response should also overflow from our heart – the impetus for change. Sadly, many of us continue to live as though we’re still enslaved to sin, even though God has given us access to a new quality of life. We find it hard to imagine a slave receiving freedom but not living differently. So why should we receive life, yet still live as though we are dead?

How does God want us to life? The proper Response to God’s gift of freedom is to live jubilantly and thankfully, as people set free.” (Men’s Devotional Bible)

1. What are the barriers men struggle with? How do these barriers impede their relationship with Christ?

2. Why is it so difficult to accept that Christ has already broken down the walls?

3. How does God want men to live? Why do they struggle to live this way?

Watch the Video for the Chronological Study Bible

‘I will put my Spirit in you and you will live, and I will settle you in your own land. Then you will know that I the Lord have spoken, and I have done it,’ declares the Lord. – Ezekiel 37:14

When we’re outside of God’s will, we resemble a pile of lifeless bones. Without the breath of life from the Holy Spirit, our hearts and minds remain stagnant and lifeless. Our busyness and activity provide no assurance that we’re moving forward for God’s kingdom. Are we preparing for life now or life later? The best use of our time is to work on our relationship with God – serving Him, working for His purposes, reflecting His glory. God sees our eternal potential. We honor Him – and leave a legacy to our family – when we live as the priceless beings we are, filled with the very Spirit of God. (Busy Dad’s Bible)

An explanation of Ezekiel 37 From The Chronological Study Bible

One of the most familiar visions received by the prophet Ezekiel took place in a valley “full of bones” (Ezekiel 37:1). The vision of the valley of dry bones concerns people who had been dead a long time – the bones were “very dry” (Ezekiel 37:2). Yet these dry bones coming to life, animated by the Spirit, provide a powerful image of hope that lies beyond death and destruction.

But why were dry bones in the valley in the first place? Possibly with this imagery Ezekiel envisioned an old battlefield. In the ancient Near East, battles between armies often took place in valleys. The defending army would attempt to set up its line of defense at a pass into a valley. Terrain could restrict the motility of the attacking army, allowing the defending army to concentrate its forces in a smaller area. If, however, the attacking army broke through the front line, the battle would ensue in the valley, usually with the defending forces retreating.

The valley of dry bones, therefore, symbolized a site of an ancient battle. The enemy force had overwhelmed the defending forces, leaving only the bleached bones in their wake. It provided a powerful image of Judah following Jerusalem’s destruction by the Babylonians. The reanimation of the bones (Ezekiel 37:10), therefore, represented the rebirth of Judah and Jerusalem by the Spirit of God. The nation would be restored, given a new body.

4. Make a list of the dry bones that can clutter a man’s mind.

5. The excerpt from The Chronological Bible, points out that most deaths from battles occurred when the attackers have broken through the lines, forcing defenders to retreat. Armor covered the front of the body well, but the back of the body was an open target. 1 Corinthians 16:13, urges us with these words:

Be on your guard; stand firm in the faith; be courageous; be strong.

The NASB goes so far as to include the words, “act like men.” When the enemy has already broken though in an area of our life, how can a believer stop retreating, and begin standing firm?

6. What circumstances cause men to retreat, feel lifeless, or stagnant – as a husband, father, employee or follower of Christ?

7. In what situations do they feel closer to God? What steps can they take to increase the frequency of those times?

We stated earlier that victory experienced in our relationship with Christ would produce victories in many other areas of our lives. The most difficult of victories for many men to experience are the battles, which take place in their mind.

For the word of God is alive and active. Sharper than any double-edged sword, it penetrates even to dividing soul and spirit, joints and marrow; it judges the thoughts and attitudes of the heart. – Hebrews 4:12

8. How can a believer experience victory over the battles which rage in their mind?

9. According to Hebrews 4:12, what does God use to judge our thoughts and attitudes?

10. What should a believer do to live not in bondage but as free men; not as old dry bones but as believers who are continuously refreshed?

11. When men commit to ridding themselves of dry bones in their lives, what effect will it have on them as husbands and fathers?

12. In what ways can a family affirm the positive spiritual traits in husbands and fathers?

What are your responses to the study questions? How can fathers live free from the bondage of sin and win the daily battles of life? How does being in a relationship with the Father effect your relationship with your kids or family? 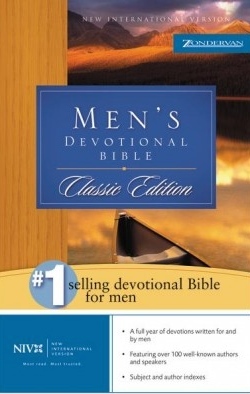 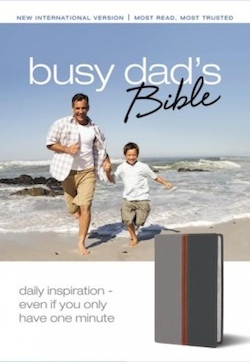 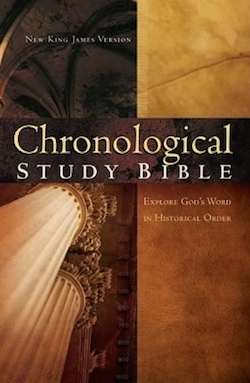