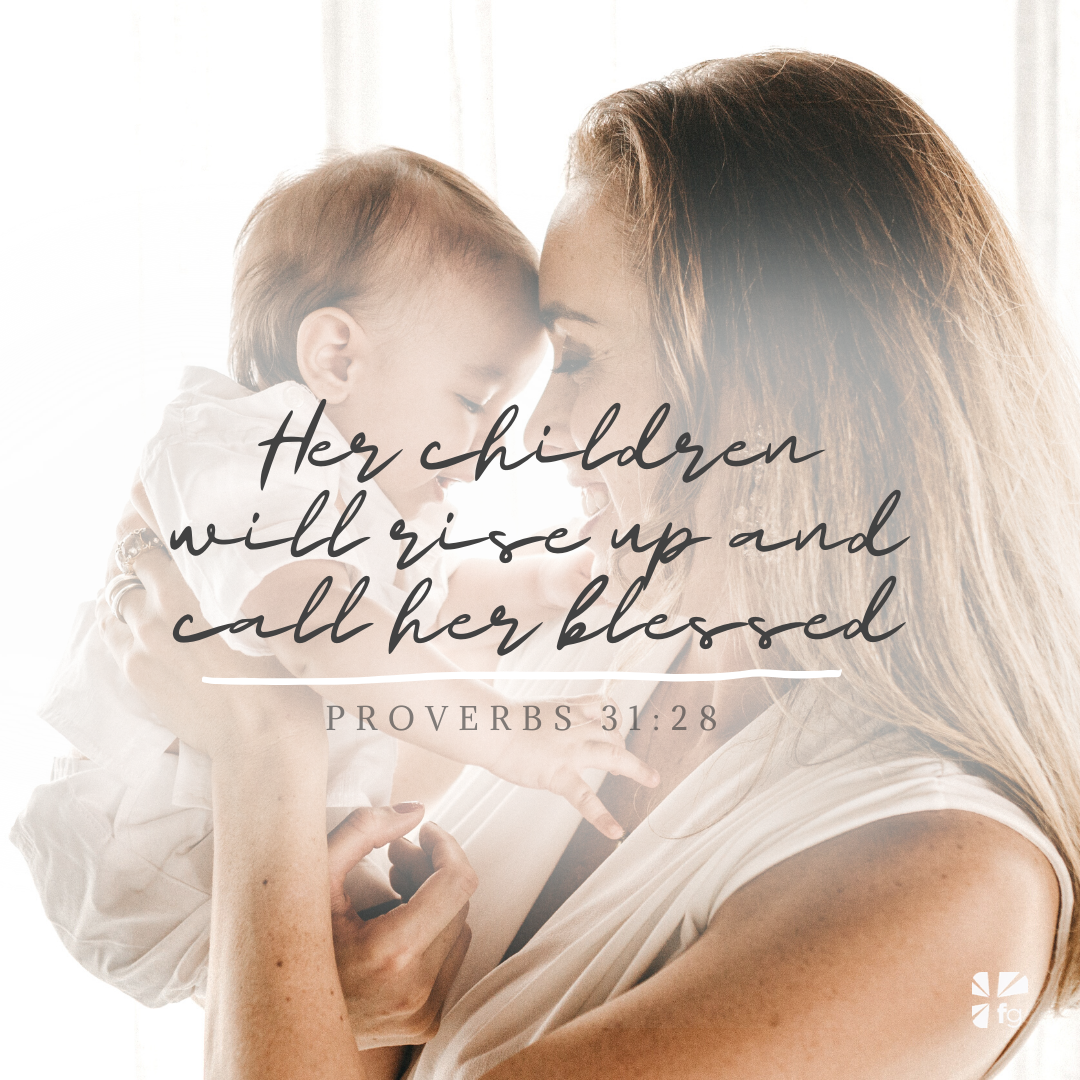 The Bible is full of amazing women and mothers who set such a good example for us to follow. I love reading about the moms of the Bible who had real struggles in their midst and yet showed such a faith and endurance.

That’s where the example is for me – where the stuff of real life meets us and gives us the opportunity to walk out our faith. Here are three of my favorite moms of the Bible and why they inspire me.

Let’s just start at the beginning with Eve, shall we? After God created man and woman, he saw that it was good. However, even in Paradise, Eve gave into temptation and ate the forbidden fruit. She sinned. Her sin could have drove her down a deep path of depression and death, but instead she still chose to continue with the task given to her by God in Genesis 1:28, to be fruitful and multiply. Even through some mishaps along the way with their son, it still resulted in a pretty amazing lineage.

I can’t imagine what Bathsheba was feeling when she was summoned to be with the king. David’s indiscretions with her led to much heartbreak as she found herself pregnant, then widowed, then married to the man that caused all of this. Despite all of that, she learned to love King David and kept strong for her son, Solomon. Did you know she’s one of only five women mentioned in the Messiah’s genealogy in Matthew 1? Instead of letting her heartache lead to despair or walking life as a victim, she decided to live life fully with a heart of love.

Moms of the Bible example #3: Mary, the mother of Jesus ~ Luke 1

Sometimes I wonder just how Mary felt when the angel Gabriel appeared before her to tell her that she was going to give birth to the Messiah. The Bible tells us that she was afraid and asked how it could be because she was a virgin, a legitimate question. Even through her fear and wondering, she accepted the overwhelming task to carry the Savior of the world, risking whispers behind her back, criticism, and judgement, to name a few. Mary was real about her emotions, but she pushed through how she was feeling because she had an awareness about laying down her life. She knew the risk and the uncomfortable stares were worth being obedient to God.

I struggle with trying to attain perfectionism, but as that struggle to be the “perfect” Mom seems to be ever present around me, I’m remembering as Mother’s Day approaches that my precious kids aren’t looking for perfection. They are looking for a mommy who will love them right where they’re at. They are watching and observing the way I handle the difficult situations of life and learning invaluable lessons. Being real and not trying to create a perfect facade is what brings me closer to my kids.

Her children will rise up and call her blessed. – Proverbs 31:28

Who are your favorite moms of the Bible? Do you identify with any of their struggles? Come join the conversation on our blog! We want to hear from you. ~ Devotionals Daily