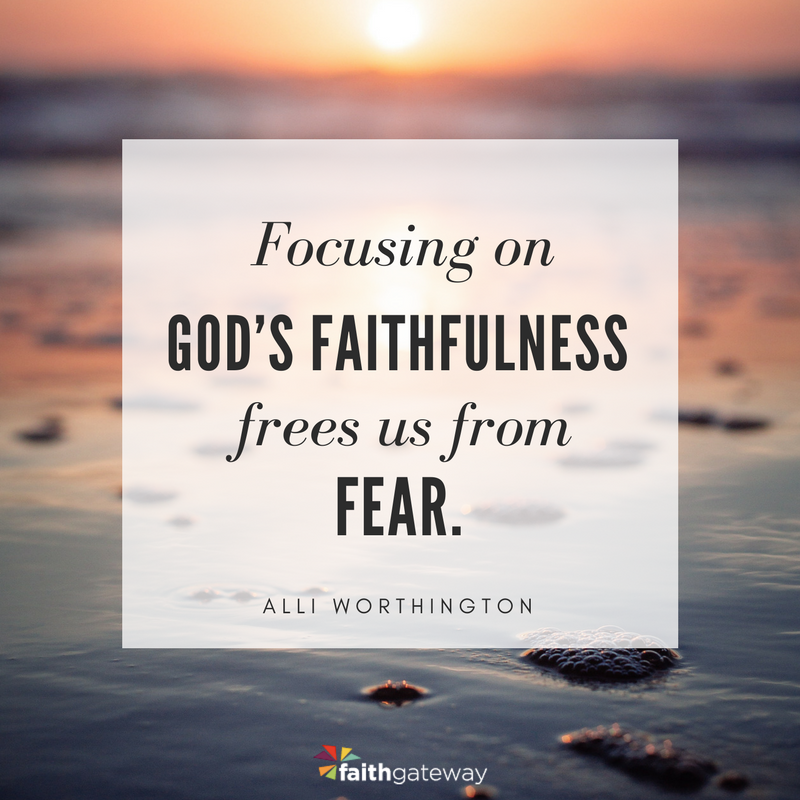 Stuck in the Wilderness

The Israelites had been slaves in Egypt, but finally, freed from bondage, led by Moses, they were headed to the Promised Land! The journey across the desert was a long one, but over that time, God proved His faithfulness to His people again and again. When they feared that the Egyptians would slaughter them, He drowned the armed forces that pursued them. When they feared getting lost in the vast tracts of the desert, God sent a pillar of cloud to guide them by day and a pillar of fire to guide them by night. When they were hungry, He fed them with manna and quail. And when they were thirsty, He sent them water out of a rock.

Finally, after their long journey, they were on the verge of reaching their destination. As they sat outside the Promised Land, God said to Moses,

Send some men to explore the land of Canaan, which I am giving to the Israelites. — Numbers 13:1

Just stop for a moment and reread those words. Notice the Lord says, “Explore the land of Canaan, which I am giving to the Israelites.” He didn’t say, “If it looks good, I’m going to give it to y’all,” or “If things don’t seem too crazy over there, I’m going to give Canaan to the Israelites.” No, God was quite clear about His intentions. “Take a look around,” He was saying, “because everything you see is going to be yours one day.”

So Moses chose the twelve leaders, one from each tribe of Israel, and sent them out exploring. And when they returned, at first they gave a glowing report. Yes, the land is flowing with milk and honey! Wow, look at these grapes, they’re huge! But then ten of the spies turned pessimistic. Instead of focusing on God, they looked at themselves, and this is what they concluded: “We can’t attack those people; they are stronger than we are… The land we explored devours those living in it. All the people we saw there are of great size… We seemed like grasshoppers in [comparison]” (Numbers 13:31-33).

Just look at how quickly the Israelites lost sight of who they were — God’s people — and how He’d saved them! Instead of keeping their focus on God and His promises, they started comparing themselves to those around them, cutting themselves down, and even calling themselves “grasshoppers.” Even with the assurance of God and having witnessed His power to save them, ten of the twelve spies were so overcome by insecurity and fear of the future they were willing to wander around in the wilderness, waiting for a better plan.

Isn’t that the way fear of the future keeps us stuck in the wilderness ourselves? We are so busy looking for the perfect set of circumstances to line up with what we think we must have, we completely miss out on what God had for us all along.

It doesn’t have to be that way. Sure, we are afraid. Joshua and Caleb were afraid too, but they didn’t let their fear of the unknown keep them from claiming the Promised Land. (And just think, only Joshua and Caleb’s names were recorded in the Bible! All the scared guys? Their names are scrubbed from history.)

But despite the plea of Joshua and Caleb to take the land God had promised them, the Israelites chose to walk in their fear instead of into their future. As a result, the entire nation of Israel was made to wander in the wilderness for forty years. Of the men of their generation, only Joshua and Caleb were allowed to enter the Promised Land at the end of that forty-year exile.

After Moses died, God appointed Joshua as the leader of his people. And finally, at last, God gave the signal that it was time for the Israelites to cross the Jordan River and enter the Promised Land. He told Joshua,

“Be strong and very courageous. Be careful to obey all the law my servant Moses gave you; do not turn from it to the right or to the left, that you may be successful wherever you go. Keep this Book of the Law always on your lips; meditate on it day and night, so that you may be careful to do everything written in it. Then you will be prosperous and successful.

Have I not commanded you? Be strong and courageous. Do not be afraid; do not be discouraged, for the Lord your God will be with you wherever you go. — Joshua 1:7-9

So we see here Joshua has a mission. He is to lead the Hebrews to the Promised Land out of the wilderness where they have been wandering for forty years. (Forty long years. Can you even imagine?)

We see that Joshua has God’s promise. God promised that the land was his, that no one would be able to stand against him, that he was the leader to lead them out, and that the Lord would be with him.

We also see Joshua has instruction. He is to be strong and courageous, to be careful to obey the laws Moses gave him, to study the book of instruction, to not be afraid or discouraged.

Those were some marching orders!

As Joshua was leading the Hebrews, God dried up the Jordan River to allow the Ark of the Covenant and the entire nation of Israel to pass by. It was a miracle! To commemorate this miracle, God told Joshua to have a man from each tribe pick up a large stone to build a memorial. Joshua then told the Israelites,

Yes, the Israelites were afraid. Afraid to enter the Promised Land. Afraid to fight the battles that awaited them there. But by picking up stones and building a reminder of God’s faithfulness, they redirected their fear.

Focusing on God’s faithfulness frees us from fear.

When I was younger, I didn’t notice this story about building a memorial of God’s work, but as I get older, and face more and more uncertainty about the future — whether it be with my family, with geopolitical unrest, or with financial markets — my eyes are wide open to the power of those stones of remembrance, memories of times when God intervened in my life.

My own stones of remembrance include:

When we stand at the edge of our own next step, our own uncertain futures, the enemy will always try to stop us with fear. He has been doing it since the beginning of time, and he knows all our weaknesses and insecurities.

The enemy of our souls fights hardest when God is doing a great work in our lives.

But we know that He who has overcome the world lives in us. We know that victory is His, and even though we face a battle today, the enemy will not be victorious. We fight from a place of victory because of Jesus. We don’t have to fight for victory, because it is ours already! Taking the time to remember God’s faithfulness redirects our fear and urges us forward to claim our next Promised Land.

Being afraid is not the issue. Of course, sometimes we will be afraid in this confusing and sometimes terrifying world! Focusing on God’s faithfulness frees us from fear. Where’s our focus today? On the fear or our Savior? Come share your thoughts with us on our blog. We want to hear from you! ~ Devotionals Daily