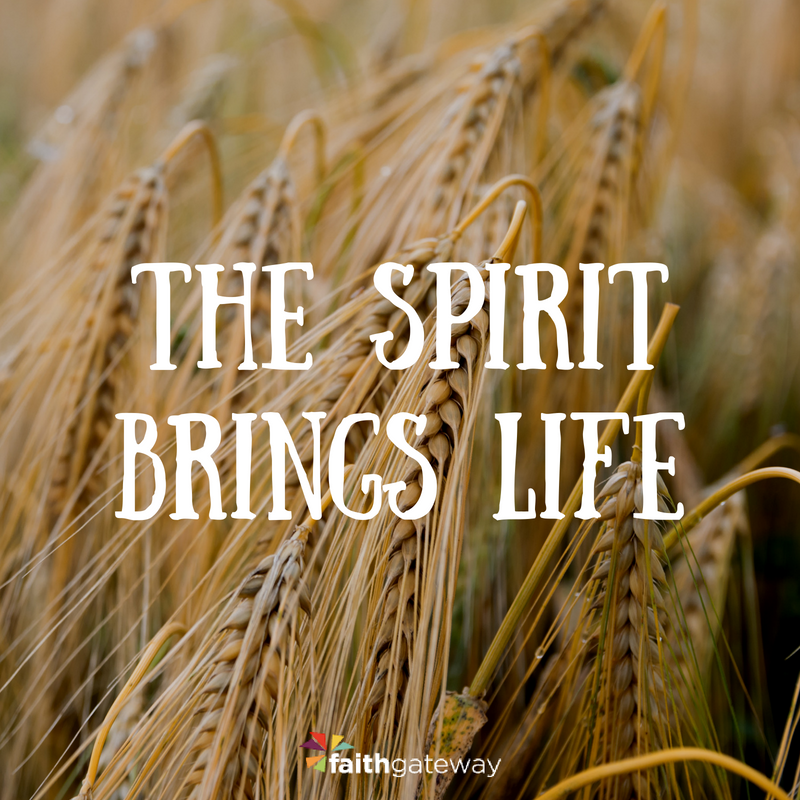 Editors Note: Amazing prophecies of God’s plans for the world can be found embedded in the customs of the feasts of Israel. The intricate detail of the prophecies illustrated in the observances of these feasts provide insight into God’s plan for the ages. Sunday May 31st is Pentecost, also known as The Feast of The Weeks in English and Shavuot in Hebrew. On Passover, the people of Israel were finally released from slavery in Egypt; and on Shavuot they were given instructions on how to live post-slavery life well in the Torah. With this love letter from God, His people became a nation committed to serving the Lord. The word Shavuot means weeks because the festival of Shavuot is the end of the seven-weeks between Passover and Shavuot. During Advent we shared an excerpt of Unlocking The Secrets Of The Feasts and had such an amazing response, so today we offer this second excerpt. Enjoy!

As slaves they were told what to do by their masters, but in freedom they needed guidance from their new Master, the Lord God of Heaven. It should be noted that God gave them freedom, salvation from slavery, before He gave them the law.

Keeping the law was not a condition for receiving their freedom; it was a response to God’s grace in setting them free.

At the first Feast of Pentecost in the New Testament, God provided His Holy Spirit for guidance. The Feast of Weeks/Pentecost celebrates God’s provisions for life. This feast is observed during the time of the wheat harvest, a major provision of the Lord. In Leviticus 23:15-16 God told the Jews:

A new grain offering was to be offered in the Feast of Weeks:

You shall bring in from your dwelling places two loaves of bread for a wave offering, made of two-tenths of an ephah; they shall be of a fine flour, baked with leaven as firstfruits to the Lord.

Leaven is now introduced to the bread in place of the unleavened bread of the former feasts. But why?

Checking with the messianic rabbis, I discovered a logical answer to this question. While the Passover is referring to God and the purging of sin, the Feast of Weeks or Pentecost refers to God’s people who receive the law and the Spirit. We still have sin in our lives until we receive our new glorified bodies at the Rapture. We read in 1 Corinthians 10:17:

Since there is one bread, we who are many are one body; for we all partake of the one bread.

The two loaves mentioned in Leviticus 23:17 picture the Jew and the Gentile, but we are now one body, “one loaf.” There are a number of other offerings and sacrifices that are presented at the temple at this time as well, and they are applicable to several things, from sins to thanksgivings.

Counting of the Omer

According to Leviticus 23:15-16, the Jews were commanded to start counting fifty days from the day of the Feasts of Firstfruits to the next feast, the Feast of Weeks/Pentecost. During the forty-nine days of this count, which they call “the counting of the omer,” the wheat crop is in the ripening process. By the end of the omer count, the crop is ready for harvest, and the firstfruits of the wheat crop can be brought to the temple for Pentecost on the fiftieth day. Shavuot, the Hebrew name for this festival, means “seven weeks.” This concludes the festival season, which began at Passover. Just as Firstfruits celebrate the ripening of the barley crop, Shavuot celebrates the ripening of the wheat crop.

The feasts all have a historical significance.

The Feast of Passover is a remembrance of the slaying of the Passover Lamb.

On the first Feast of Weeks, signs and wonders accompanied the giving of the law. We read in Exodus 20:18:

All the people perceived the thunder and the lightning flashes and the sound of the trumpet and the mountain smoking; and when the people saw it, they trembled and stood at a distance.

Thomas Lancaster, pastor of Beth Immanuel Sabbath Fellowship in Wisconsin, maintains that the Midrash also makes mention of what took place at the Feast of Weeks when the children of Israel heard the voice of God giving the law from Mt. Sinai. He says that according to the Midrash, a collection of Jewish oral traditions of the things that happened in history, the people in the camp saw sound waves in the form of fiery substances. Each commandment, as it left God’s mouth, circled the whole camp and eventually rested on each Jew personally. He also noted from the Midrash that the people heard God’s voice in many different languages.

So it came about on the third day, when it was morning, that there were thunder and lightning flashes and a thick cloud upon the mountain and a very loud trumpet sound, so that all the people who were in the camp trembled.

The parallels are quite fascinating when we read Acts 2:2-6:

And suddenly there came from heaven a noise like a violent rushing wind, and it filled the whole house where they were sitting. And there appeared to them tongues as of fire distributing themselves, and they rested on each one of them. And they were all filled with the Holy Spirit and began to speak with other tongues, as the Spirit was giving them utterance. Now there were Jews living in Jerusalem, devout men from every nation under heaven. And when this sound occurred, the crowd came together, and were bewildered because each one of them was hearing them speak in his own language.

We cannot prove that everything recorded in the Midrash happened, but we can assume that all the people who were in the room in Acts 2 were familiar with the events. They could immediately make the connection between the Feast of Weeks and their present experience on the day of Pentecost as being of God.

Filling of the Spirit

The concept of the filling of the Spirit has always evoked different opinions regarding its meaning. One thing I observed about filling was that in the Greek there are two different words for the process. In Ephesians 5:18 the word for filling is pleroo, which conveys the idea of growth to maturity or being molded by the Word of God. If we compare Ephesians 5:18 to Colossians 3:16, which discusses the same subject, we can see that “be filled with the Spirit” is the same as “Let the word of Christ richly dwell within you.” Since this command in Ephesians 5:18 is in the present tense, this indicates a continual experience or process. Both phrases have the same result: praise and thanksgiving to the Lord.

On the other hand, pimplemi in Acts 2:4 is in the aorist tense, which indicates a single event or happening. In context, the word implies an empowering for a work of service.

It is also interesting to note that when Paul wrote in 1 Corinthians 6:19:

Or do you not know that your body is a temple of the Holy Spirit who is in you,

he used the Greek word naos, which means “the innermost holy place of the Temple where God dwelt.” The other word for temple, hieron, means “the entire temple.” By Paul’s use of the word naos, he wants believers to understand that their bodies are truly the intimate dwelling places of the Holy Spirit.

The law brought death, while the Spirit brought life!

Excerpted with permission from Unlocking The Secrets Of The Feasts by Michael Norten, copyright Thomas Nelson.

“The law brought death, but the Spirit brought life!” That remains true to this day! Life, real life, walking hand-in-Hand with Him is lived filled with the same Holy Spirit that filled the first followers of The Way in Acts 2, and being empowered and matured through Him. Come join the conversation about Pentecost and the Holy Spirit on our blog! We would love to hear your thoughts and experiences! ~ Devotionals Daily