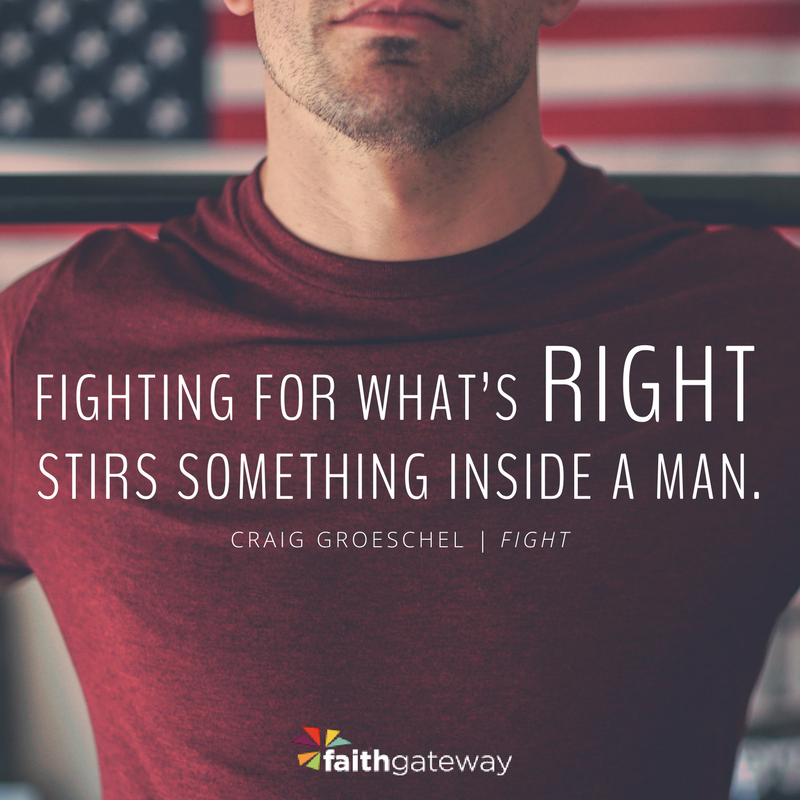 Right now we’re starving for heroes. We’re no longer surprised when men we once admired and respected – elected officials, superstar athletes, gifted pastors – tumble in a sex scandal, an embezzlement scheme, or a domestic abuse arrest.

We’ve almost become jaded, half-expecting our leaders and favorite celebrities to be hiding something. Most are, right?

We hope they’ll make sacrifices, take risks, and make hard decisions to do the right thing, but we aren’t surprised when they don’t. We lack real heroes, and Hollywood fills the void with a glut of superheroes – Iron Man and Batman and Thor and Spider-Man and Avengers and X-Men – dazzling us with their powers in 3D and on Blu-ray. But we still long for someone to show us what an authentic flesh-and-blood hero looks like.

Where have all the good men gone?

I read a book recently that suggests that our culture has tried to turn the good men into women – nicer, softer, kinder, more compassionate, and fashion savvy. Forgive me for stating the obvious, but men are not women. (For the record, women don’t make good men either.) After all, God created us differently.

Both men and women reflect the image of God, but in distinct ways.

I’m convinced that one of the most profound ways has to do with how we use our manhood. God created men to have the heart of a warrior, placing a desire within us to stand up and fight for what’s pure, for what’s true. A man has a warrior’s heart.

You have a warrior’s heart. You itch for a fight. That’s God’s design, not ours. That doesn’t mean that men should be aggressive, alpha-bully punks. (Nor does it mean that women can’t fight for what’s right as well.) It simply means that within every man, God has planted a divine desire to fight for righteousness.

Think about it this way. There are two kinds of movies: chick flicks and, well, everything else. Do chick flicks inspire men? Do they make them want to be stronger, braver, better men? Remember that Cary Grant movie, An Affair to Remember? Remember when Deborah Kerr’s character says, “If you can paint, I can walk – anything can happen, right?” Have you ever known a guy to watch that movie? If you’re a guy, you don’t even know what I’m talking about, do you?

Fight, and you may die. Run, and you’ll live. At least a while. And dying in your beds, many years from now, would you be willing to trade all the days, from this day to that, for one chance – just one chance – to come back here and tell our enemies that they may take our lives [raising his sword over his head], but they’ll never take our freedom?

Remember Gladiator? Russell Crowe, in his cool Roman general uniform, spurs his horse forward through the forest, calling, “Brothers, what we do in life echoes in eternity!”

For men, there’s a part of us that thinks, I wish I could have been there. I would have fought. You don’t have to hide it from me. A part of me thinks that too. You know why? Because that’s how we’re wired. Men are supposed to respond that way. A man with nothing to fight for quickly becomes a frustrated man, often without a clue as to why.

Fighting for what’s right stirs something inside a man. It makes him want to be not just a man but the man. The best man he can be. A man knows deep inside himself what God wants him to be: a hero with a warrior’s heart.

Excerpted with permission from Fight, by Craig Groeschel, copyright Zondervan, 2013.

Men, what are you fighting for? In these troubled times, we need more heroes to stand up to evil and fight for what is right! Who is a hero in your life – or maybe someone you’ve just read about in the news lately? Thank God for the teachers and coaches who shielded and protected the teenagers at last week’s school shootings. Come join the conversation on our blog and share the hero stories that need to be told and celebrated. ~ Devotionals Daily 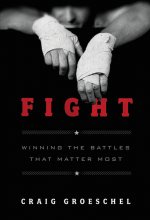