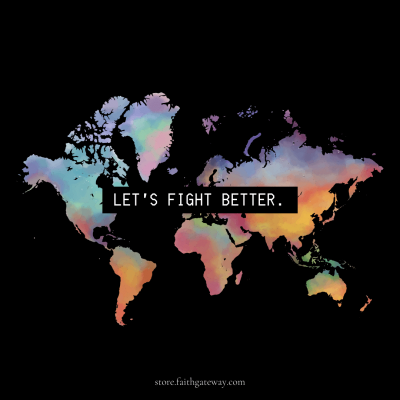 Note: Not one single marriage in the history of marriages has run perfectly all the time.

At our worst, when our fights reached critical mass, we were miserable. We knew there had to be a better way to keep our marriage running smoothly, so we found ourselves an honest mechanic — our lifelong friend Dr. Christopher Edmonston. Christopher is the pastor of our church, and, lucky for us, one of his special interests is marriage care — plus, we trust that he won’t hose us on repairs. For years now, Christopher has gone under the hood to show us how to tweak the way we communicate with each other so that our marriage is a well-oiled machine. In this book, we will share what we’ve learned from him and from our years together.

You know how people talk about going to their happy places? Usually, they fantasize about relaxing on a white sand beach in Negril or enjoying the view from the top of the Swiss Alps. Me? My happy place is thinking about the future. When I have a quiet moment, that’s where my mind goes for kicks. Where will we be in five years? What do you think we’re going to be doing? Are we going to be making videos for a machine that hasn’t even been invented yet? Will I understand TikTok? I love to play those games because you never know what life is going to hold for you. Five years ago, Penn was a news anchor and I was just starting a production company. Now look at us.

But futurecasting is not Penn’s favorite thing to do. Earlier this year, we were driving back from a dinner out with the kids. It had been a goofy, fun, no- phones- in- front- of us family meal. Everybody was in a great mood, so I let my mind wander over to my happy place. When I get into that mode, every single sentence starts with “What if…” That day, I had a big “What if”— one that I’d been chewing on for a while. I thought to myself, What if we could write a musical? I knew it was far- fetched. Yes, we make song and dance numbers for a living, but our videos are for people to stare at for a few minutes on a device in the palm of their hand for free. This would be a production — IRL, with full-sized humans. This would be something with an intermission and seats that people would have to pay for. We would have to invest a lot time and money, and I had no idea where to start. Stage shows are famously hard to produce; more often than not, they fail. But I love live theater so much, and hey, we do write song and dance numbers for a living.

I was nervous even to talk to Penn about this dream because it was so out there. But I’d had a really nice relaxing dinner with my family — and maybe a glass of wine — so before I could chicken out, I said to Penn, “I’ve always dreamed of writing a live show, and I think you and I could do it. I could write the story; you could write the songs. What if it went to Broadway? What if I start crafting that?”

Zero seconds later, Penn replied, “Do you think that’s the best use of your time?”

Just like that, it was adios, happy place. It felt like I had been punched in the chest. I was stunned. It’s not like I said, “Let’s start a car dealership… on the moon!” This was, if not in our actual wheelhouse, at least wheelhouse adjacent. I’d actually thought it was a pretty good idea.

I didn’t want to scream in front of the kids, so points for me for not shouting, but I am not proud of what happened next. I asked (asked/demanded, potato/potahto) Penn to stop the car, and then before it even rolled to a stop, I got out and walked the rest of the way home. I knew Penn was driving beside me trying to get me to get back in the car, but there was no way I was riding shotgun with a dream killer, so I just kept walking. When I got home he was waiting in the driveway, but I walked past him as if I didn’t even see him. He followed me inside, genuinely confused about what he had done wrong. He had no clue why I was so hurt.

He fumbled for the right words, but none came. I started crying, and immediately he started firing off apologies like an Uzi releasing “I’m sorrys.”

Kim described that situation perfectly. I have no edits or revisions. That is exactly what happened. I was sorry. I just didn’t know for what.

She gives me grief for not liking the what-will-we-be-doing-in- five- years game, but I have big dreams too. Like sometimes when I am about to go to sleep, I imagine myself playing small forward for UNC, or playing piano for Freddie Mercury, or starring on SNL.

I want you to understand that what went through my head when Kim pitched her idea and what came out of my mouth were two different things. In my head, I was like, A musical, huh? Hmmm. We already have so much going on with our business and our family. Do we have time for this? You know what, Kim is working so hard, if we’re going to produce a musical, I feel like that is something we should let other people help us with. That’s what was going through my head. My brain was like, Penn, you’re awesome at this.

You know those scenes in Bugs Bunny cartoons where they show you what goes on inside a machine? With all those gears, and a mallet, and a hamster powering it? When I opened my mouth, one of those contraptions inside my head transformed my supportive statement from “You’re a great wife with too much on your plate already” into “Is that really the best use of your time?”

Usually, when something is coming out of my mouth, and I have the thought, “Huh, should I have said that?” The answer is NO. If there’s even the smallest question, there is 100 percent chance I just screwed up. I’ll be honest: in this situation, I didn’t have that feeling. I actually had this feeling of pride and restraint, because what I wanted to say was, “Are you bleeping kidding me?”

And the next thing I knew, Kim was not in the car anymore.

She just got out and walked her angry walk. When Kim angry walks, there is no mistaking it. Those are the special footsteps that say “I am using my feet to walk like this so I do not use my fist to punch like this.” She can clear a room in four steps, so she got home fast. Also we were only like a hundred feet away. Seriously, you could already see our lawn when she opened her car door. It took me about six seconds to pass her and beat her home.

I do appreciate her not punching me. But I do not appreciate the silent treatment. It is torture for me. When the most important person in my life seemingly hates me, I will cave every time and do whatever is needed for sound to come back. I will apologize as profusely as possible to make the tension go away.

So that’s what I did. I explained to her that I simply didn’t want her to burn out, that I cared for her and supported everything she does. It still took her awhile to cool off, but eventually we went back to normal.

By the way, I still don’t think I was wrong.

Everybody fights! We fight about big stuff and stupid stuff. We miss each other’s signals and make mistakes in communication. Why not get better at it? Come share your story with us! ~ Laurie McClure, Faith.Full