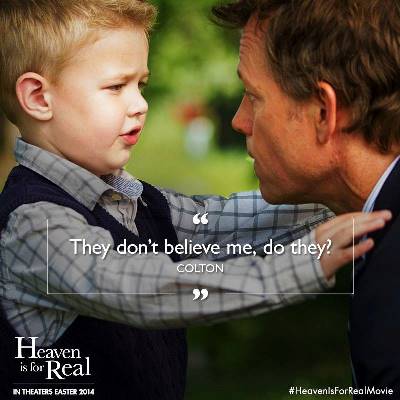 Hollywood has declared 2014 the year of the Bible, with more big Biblical movies and faith-based projects coming out over the next 12 months then what we’ve seen in a long time. If you’ve been paying attention to the headlines lately you can’t miss the attention on these current and upcoming releases.

First there was Son of God, the Jesus biography based on the History Channel’s 2013 miniseries. Then last weekend marked the opening of God’s Not Dead, a film released by Pure Flix Entertainment about a college freshman and devout Christian who finds his faith challenged on his first day of Philosophy class and puts him at the crossroads of having to choose between his faith and his future. (God’s Not Dead opened with a stunning weekend at the box office and you can read our exclusive excerpt from the book here). Then this weekend Paramount is releasing Noah, the somewhat controversial re-imagining of the Genesis accounts on the life Noah and his family, played by Russell Crowe. Coming out April 16, Sony Pictures is releasing Heaven is for Real, the movie version of the best-selling book starring Greg Kinnear as author Todd Burpo.

And finally in December there are two other major motion pictures expected to be released:  Mary, Mother of Christ starring Julia Ormond and Exodus starring Christian Bale as Moses.

As a parent of two boys ages 8 and 10, who are beginning to show interest in non-animated films, this is an exciting time to see so many religious-themed movies hitting the major box office!  We need more high-quality movies for Christian audiences that uphold positive values, and it’s awesome to see how God is at work using these films to spark conversations and opportunities for Christians to share their faith.

Still, are all of these movies, even the Biblically-based ones, appropriate for children, tweens or teens? I struggle to find good movies, even among some that are PG, that don’t have gratuitous violence, sexual innuendos, or profane language. If you have kids that span a wide range of ages in your family, finding something appropriate for the entire family can be especially challenging.

To learn more about these new releases, I recommend checking in with sites like Kids in Mind, The Dove Foundation or Plugged-In Online from Focus on the Family, which breaks down movies by these criteria: 1) Positive Elements, 2) Spiritual Content, 3) Sexual Content, 4) Violent Content, 5) Crude or Profane Language, 6) Drug and Alcohol Content and 7) Other Negative Content. Each review at Plugged-In wraps with a helpful conclusion and gives the movie a “green light,” “yellow light,” or “red light,” ranking on whether it’s appropriate for kids or teens.

Plugged-In has already published reviews of Son of God, God’s Not Dead, and the Noah movies at the box office and I’ve found them to be very exhaustive and informative in their analysis.

While I don’t think I will be taking my 8 or 10-year-old to any of the current releases because of the mature content, I am very excited about the upcoming release of Heaven is for Real based on the New York Times best-seller of the same name.

Heaven is for Real Movie and Kids

I was able to attend a pre-screening of the Heaven is for Real movie back in February with my 10-year-old son Garrett (we made it a mother-son date night) and in his words after I got a huge hug upon exiting the theater, “Thank you, Mom, for bringing me to this movie… I really loved it!”

Garrett and I had read the book together about a year ago, reading chapter by chapter aloud before bedtime and bonding together as we talked through his many questions about heaven. We would read the book, then look up scriptures about what heaven is like (2 Corinthians 5:1; Revelation 21:23, 1 Corinthians 2:9) and talk about how wonderful heaven will be!

I don’t want to give away too much about the movie, but I will say that it’s very true to the book in its depiction of the ordinary life of a small-town pastor and his family, and the true story of their 4-year old son’s experience of heaven during emergency surgery. The film is rated PG and although the scenes depicting Colton’s emergency surgery are a bit traumatic and emotional, and some of the themes of life and death might not be appropriate for the youngest members of your family, the rest of the movie is incredibly inspiring and family-friendly. This is a story about hope and family love and the unity of the body of Christ in the church; my son said his favorite part was how they showed Colton and his father using the experience to bring comfort to people in their time of grief. I really appreciated how it accurately portrayed Todd’s sensitivity to his son’s experience– how he didn’t hammer him with a million questions but let the story come out through many small conversations with Colton over several months.

Todd Burpo, Colton’s father and author of Heaven is for Real, has praised the movie for its authenticity and given it his endorsement.

I think that when you see this movie, the thing that is really amazing, is the family dynamics, says Burpo in an interview with The Christian Post.  We can talk about how well Greg Kinnear played me, but how they captured my family, they were spot on.

Burpo continued his praise for the movie in the interview, saying “My son saw the whole movie for the first time and we had the talk the next day, but with his younger brother and his sister in the room, too,” Todd Burpo said. “And they were like ‘Dad, we can support this. This is good.”

The movie releases to the public on April 16, the Wednesday before Easter. Since its release in November 2010, Heaven Is for Real by Todd Burpo with Lynn Vincent has become a publishing phenomenon. The book has sold more than 10 million copies worldwide, translated in over 39 languages, and has been on The New York Times bestseller list for three consecutive years.

What are your favorite Christian movies for kids? Have you taken your kids to see any of the new releases? What are their ages and what did they think? I’d love to hear your recommendations! 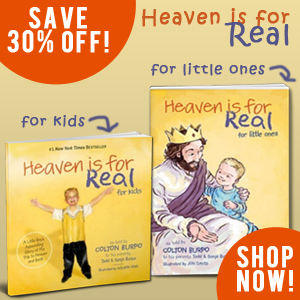 Heaven is for Real for Kids & Little Ones 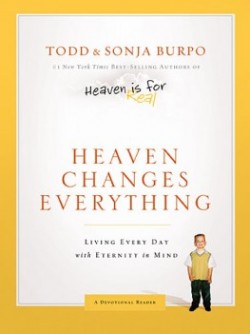 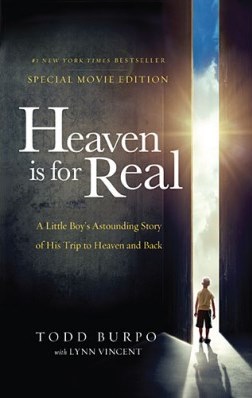