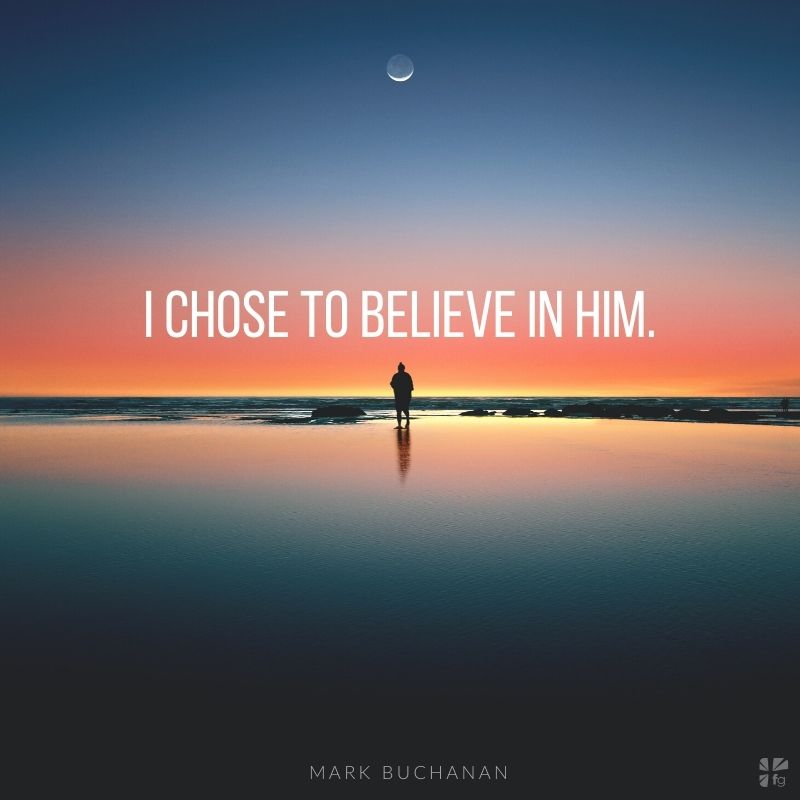 I spent my first twenty-one years without once cracking open a Bible. When my brother, who recently had come to faith, gave me a Bible for Christmas — I think it was 1980, when I was twenty — I let it sit unopened for six or seven months. I thought it was a waste of a gift, and an insult to boot. He could have bought me a case of beer. He could have bought me tickets to a Queen concert. He could have given me cash and let me pick my gift. Even, he could have got me socks or underwear and at least I would have made use of them. But he got me a Bible, which I had no intention of reading and which implied that my life was weighed in the balance and found wanting. That I lacked something.

Which, indeed, I did. I was both stuck and careening — going nowhere but out of control. Every step took me closer to somewhere I didn’t want to be, to becoming someone I didn’t want to become. So one day, bored as much as curious, I picked up the book. I read Genesis quickly. It was wondrous and strange. I started into Exodus and soon stalled. I called my mother — I didn’t want to confess to my brother that I had started the book he gave me — and told her that the book was boring and confusing. She also had recently come to faith. She told me that I wasn’t to read the Bible like a normal book, front to back, start to finish, but to jump around in it. I should start, she said, in the Gospels and then Acts and then the Epistles and then maybe the Psalms and Proverbs. She had to explain what all this meant.

What I didn’t know until later is that I stood at a crossroads, looking, asking. Seeking a good way, an ancient way, a new way. What I did find, startlingly, is Jesus leaping off the pages. Jesus blazing out of nowhere, with dazzling suddenness, without even a greeting, rearranging everything, upending everyone’s lives.

The Spirit descends.
The Father speaks.
Then the Spirit drives Jesus headlong into the desert.

Satan and angels and wild animals all crowd into a single sentence, maybe a single scene. Then Jesus speaks. He announces and commands. He tells tradesmen to leave their jobs and families. You, you, you, you. A demon-possessed man hears him speak, flips out, bellows and thrashes, and Jesus shuts him right up. Sick people hunt Jesus down, beg him for just a touch, and he heals them.

And that’s just the first chapter, and not even all of it.

About a third of the way through Mark, I came to a tentative conclusion:

Jesus was either plum crazy or the most interesting person who ever lived. I had to find out which.

I decided to follow Him, which isn’t the same thing as believing in Him. I was just going to tag along for a stretch, see where things got.

Jesus enraged me, delighted me, inspired me, troubled me, and always and in every way intrigued me. I would read some portion — His rudeness, for instance, to people who asked Him the same questions I wanted to ask Him — and think, Ah, I guess He’s not the one for me. But then I’d read something else — how Jesus dealt with a sick woman or told stories or cared for people whom others despised — and I’d think, Well, maybe I’ll go a few more miles, see how I’m feeling then.

After a long time, I decided that, though likely some things about Jesus would always perplex me and trouble me, He was worth my whole attention and, yes, obedience — which meant, then and now, if He told me to do something, I’d do it regardless of whether I was inclined toward it or even understood it. I decided to follow Him always, everywhere.

I still sometimes lose my way. I still sometimes walk in a bad way. But every time I do, I go back to the book and the one whom the book points to. I stand at the crossroads. I look. I ask. And I find, fresh as though I stumbled on it just then, the ancient paths. I find the Ancient of Days. The good ways. The Good Way.

How did you begin walking with Jesus? Did you wonder if He was crazy or the most interesting person who ever lived? What happens when you lose your way or walk in a bad way? Are you walking back to the Gospel and Jesus? Come share with us on our blog. We want to hear from you! ~ Devotionals Daily