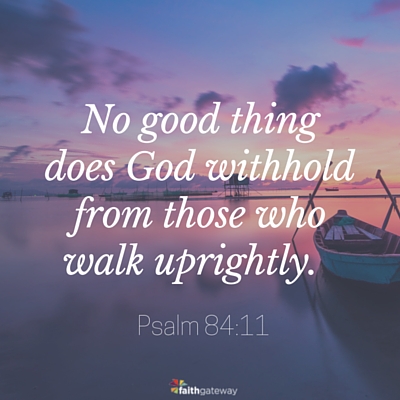 The Point of Precedence

I don’t know what went through Noah’s mind when God told him to build a boat, but I’m guessing it was either You’ve got to be kidding or You’ve got to be crazy! Noah didn’t even have a cognitive category for what God was calling him to build. It was absolutely unprecedented. Yet he obeyed every jot and tittle of revelation God gave him.

Noah did everything just as God commanded him.

I don’t know about you, but I want God to reveal the second step before I take the first step of faith. But I’ve discovered that if I don’t take the first step, God generally won’t reveal the next step. We’ve got to be obedient to the measure of revelation God has given us if we want more of it. And that’s why we get stuck spiritually. We want more revelation before we obey more, but God wants more obedience before He reveals more.

Most of us will only follow Christ to the point of precedence — the place where we have been before. But no further. We’re afraid of doing what we’ve never done because it’s unfamiliar territory. So we leave unclaimed the new gifts, new anointings, and new dreams that God wants to give to us.

It seems appropriate to insert an animal illustration, given the fact that Noah was the world’s first zoologist. The African impala is well-known for its remarkable leaping ability. It can jump ten feet high and thirty feet long. One might think zookeepers would have a tough time keeping impalas in their enclosures, but it’s actually quite simple. A three-foot wall will do the trick. Here’s why: an impala will not jump if it cannot see where it will land.

We have the same problem, don’t we? We want a money-back guarantee before we take a step of obedience, but that eliminates faith from the equation. Sometimes we need to take a flying leap of faith.

If we want to discover new lands, we’ve got to lose sight of the shore. We’ve got to leave the Land of Familiarity behind. We’ve got to sail past the predictable. And when we do, we develop a spiritual hunger for the unprecedented and lose our appetite for the habitual. We also get a taste of God’s favor.

Noah found favor in the eyes of the Lord.

In a time when great wickedness prevailed on the earth, one man stood out.

The favor of God is what God can do for you that you cannot do for yourself.

It’s His favor that opens the door of opportunity.

It’s His favor that turns opposition into support.

May you grow in wisdom and stature, and in favor with God and man.

So how do you find favor? The short answer is obedience!

It starts by surrendering our lives to the lordship of Jesus Christ. Jesus proclaimed the favor of God in His very first sermon. Then He sealed the deal with His death and resurrection. Favor is a function of surrender. If we don’t hold out on God, God will not hold out on us.

No good thing does God withhold from those who walk uprightly. — Psalm 84:11

We position ourselves for the favor of God by walking in humility and purity. Every promise is yes in Christ. Every spiritual blessing becomes our birthright. And if we consecrate ourselves to Him, His favor will be our vanguard and rear guard.

In one respect, all we need is the favor found at the foot of the cross. But the favor of God is not limited to the spiritual realm. His favor extends into the material realm as well. In Noah’s life, it translated into ingenious inventions. He was the Leonardo da Vinci and Thomas Edison of his era. Noah didn’t just build the first boat and pioneer the shipbuilding industry. He also held a wide variety of patents. According to Jewish tradition, Noah invented the plow, the scythe, the hoe, and a number of other implements used for cultivating the ground. The favor of God translated into God-ideas.

It doesn’t matter what you do, God wants to help you do it. He wants to favor your business plan, your political campaign, your manuscript, your lesson plan, your legal brief, your film, and your sales pitch. But you’ve got to position yourself for that favor by acting in obedience. And if God knows He’ll get the glory, He will bless you beyond your ability, beyond your resources.

Watch the Video for All In

Most of us will only follow Christ to the place where we have been before. But no further. What are you afraid of doing because it’s unfamiliar territory? What has God called you to that you haven’t started and what new gifts, new anointing, and new dreams might God wants to give? Come join the conversation on our blog! We want to hear from you about taking flying leaps of faith to enjoy the favor of God!