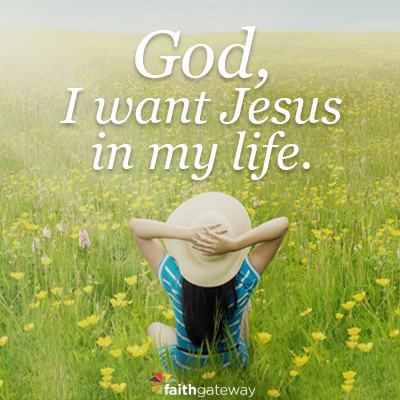 Editor’s Note: Today’s devotion is a continuation from yesterday’s part 1 excerpt from The Case for Christ by Lee Strobel. If you missed this devotion, you can find it archived here. The excerpt below carries on Lee Strobel’s interview with Louis Lapides, a Jewish believer who began believing that Jesus was the long-looked-for Messiah and the fulfillment of prophecy.

The Jewishness of Jesus

Over and over Lapides would come upon prophecies in the Old Testament — more than four dozen major predictions in all. Isaiah revealed the manner of the Messiah’s birth (of a virgin); Micah pinpointed the place of His birth (Bethlehem); Genesis and Jeremiah specified His ancestry (a descendent of Abraham, Isaac, and Jacob, from the tribe of Judah, the house of David); the Psalms foretold His betrayal, his accusation by false witnesses, His manner of death (pierced in the hands and feet, although crucifixion hadn’t been invented yet), and His resurrection (He would not decay but would ascend on high); and on and on. Each one chipped away at Lapides’ skepticism until he was finally willing to take a drastic step.

“I decided to open the New Testament and just read the first page,” he said. “With trepidation I slowly turned to Matthew as I looked up to heaven, waiting for the lightning bolt to strike!”

Matthew’s initial words leaped off the page: “A record of the genealogy of Jesus Christ the son of David, the son of Abraham…” Lapides’ eyes widened as he recalled the moment he first read that sentence. “I thought, Wow! Son of Abraham, son of David — it was all fitting together! I went to the birth narratives and thought, Look at this! Matthew is quoting from Isaiah 7:14: ‘The virgin will be with child and will give birth to a son.’ And then I saw him quoting from the prophet Jeremiah. I sat there thinking, You know, this is about Jewish people. Where do the Gentiles come in? What’s going on here?

“I couldn’t put it down. I read through the rest of the gospels, and I realized this wasn’t a handbook for the American Nazi Party; it was an interaction between Jesus and the Jewish community. I got to the book of Acts and — this was incredible! — they were trying to figure out how the Jews could bring the story of Jesus to the Gentiles. Talk about role reversal!”

So convincing were the fulfilled prophecies that Lapides started telling people that he thought Jesus was the Messiah. At the time, this was merely an intellectual possibility to him, yet its implications were deeply troubling.

“I realized that if I were to accept Jesus into my life, there would have to be some significant changes in the way I was living,” he explained. “I’d have to deal with the drugs, the sex, and so forth. I didn’t understand that God would help me make those changes; I thought I had to clean up my life on my own.”

Epiphany in the Desert

Lapides and some friends headed into the Mojave Desert for a getaway. Spiritually he was feeling conflicted. He had been unsettled by nightmares of being torn apart by dogs pulling at him from opposite directions. Sitting among the desert scrub, he recalled the words someone had spoken to him on Sunset Strip:

“You’re either on God’s side or on Satan’s side.”

He believed in the embodiment of evil — and that’s not whose side he wanted to be on. So Lapides prayed, “God, I’ve got to come to the end of this struggle. I have to know beyond a shadow of a doubt that Jesus is the Messiah. I need to know that you, as the God of Israel, want me to believe this.”

As he related the story to me, Lapides hesitated, unsure how to put into words what happened next. A few moments passed. Then he told me, “The best I can put together out of that experience is that God objectively spoke to my heart. He convinced me, experientially, that He exists. And at that point, out in the desert, in my heart I said,

‘God, I accept Jesus into my life. I don’t understand what I’m supposed to do with Him, but I want Him. I’ve pretty much made a mess of my life; I need You to change me.’”

And God began to do that in a process that continues to this day.

“My friends knew my life had changed, and they couldn’t understand it,” he said. “They’d say, ‘Something happened to you in the desert. You don’t want to do drugs anymore. There’s something different about you.’

“I would say, ‘Well, I can’t explain what happened. All I know is that there’s Someone in my life, and it’s Someone who’s holy, who’s righteous, who’s a source of positive thoughts about life — and I just feel whole.’”

That last word, it seemed, said everything. “Whole,” he emphasized to me, “in a way I had never felt before.”

Despite the positive changes, he was concerned about breaking the news to his parents. When he finally did, reaction was mixed. “At first they were joyful because they could tell I was no longer dependent on drugs and I sounded much better emotionally,” he recalled. “But that began to unravel when they understood the source of all the changes. They winced, as if to say, ‘Why does it have to be Jesus? Why can’t it be something else?’ They didn’t know what to do with it.”

With a trace of sadness in his voice, he added, “I’m still not sure they really do.”

Through a remarkable string of circumstances, Lapides’ prayer for a wife was answered when he met Deborah, who was also Jewish and a follower of Jesus. She took him to her church — the same one, it turned out, that was pastored by the minister who many months earlier on Sunset Strip had challenged Lapides to read the Old Testament.

Lapides laughed. “I’ll tell you what — his jaw dropped open when he saw me walk into the church!”

That congregation was filled with ex-bikers, ex-hippies, and ex-addicts from the Strip, along with a spattering of transplanted Southerners. For a young Jewish man from Newark who was relationally gun-shy with people who were different from him, because of the anti-Semitism he feared he would encounter, it was healing to learn to call such a diverse crowd “brothers and sisters.”

Lapides married Deborah a year after they met. Since then she has given birth to two sons. And together they’ve given birth to Beth Ariel Fellowship, a home for Jews and Gentiles who also are finding wholeness in Christ.

Lapides finished his story and relaxed in his chair. I let the moment linger. The sanctuary was peaceful; the stained glass was glowing red and yellow and blue from the California sun. I sat musing over the power of one person’s story of a faith found. I marveled at this saga of war and drugs, of Greenwich Village and Sunset Strip and a barren desert, none of which I ever would have associated with the pleasant, well-adjusted minister sitting in front of me.

I reflected on how many times I had encountered similar stories, especially among successful and thoughtful Jewish people who had specifically set out to refute Jesus’ messianic claims.

I thought about Stan Telchin, the East Coast businessman who had embarked on a quest to expose the “cult” of Christianity after his daughter went away to college and received Y’shua (Jesus) as her Messiah. He was astonished to find that his investigation led him — and his wife and second daughter — to the same Messiah. He later became a Christian minister, and his book that recounts his story, Betrayed!, has been translated into more than twenty languages.

There was Jack Sternberg, a prominent cancer physician in Little Rock, Arkansas, who was so alarmed at what he found in the Old Testament that he challenged three rabbis to disprove that Jesus was the Messiah. They couldn’t, and he too has claimed to have found wholeness in Christ.

And there was Peter Greenspan, an obstetrician-gynecologist who practices in the Kansas City area and is a clinical assistant professor at the University of Missouri–Kansas City School of Medicine. Like Lapides, he had been challenged to look for Jesus in Judaism. What he found troubled him, so he went to the Torah and Talmud, seeking to discredit Jesus’ messianic credentials. Instead he concluded that Jesus did miraculously fulfill the prophecies. For him, the more he read books by those trying to undermine the evidence for Jesus as the Messiah, the more he saw the flaws in their arguments. Ironically, concluded Greenspan, “I think I actually came to faith in Y’shua by reading what detractors wrote.”

He found, as have Lapides and others, that Jesus’ words in the gospel of Luke have proved true:

Everything must be fulfilled that is written about Me in the Law of Moses, the Prophets and the Psalms. — Luke 24:44

It was fulfilled, and only in Jesus — the sole individual in history who has matched the prophetic fingerprint of God’s anointed one.

Excerpted with permission from The Case for Christ by Lee Strobel, copyright Zondervan, 2013.

Even if you’re not Jewish, is there an aspect of Lapides’ spiritual journey that is similar to your own? Were there any lessons you learned from Lapides about how you should proceed? Lapides thought Christians were anti-Semitic. The word most often associated with Christian was intolerant. Do you have negative perceptions of Christians? What do they stem from? How might this influence your receptivity to the evidence about Jesus?

Join the conversation on our blog! We would love to hear from you! ~ Devotionals Daily