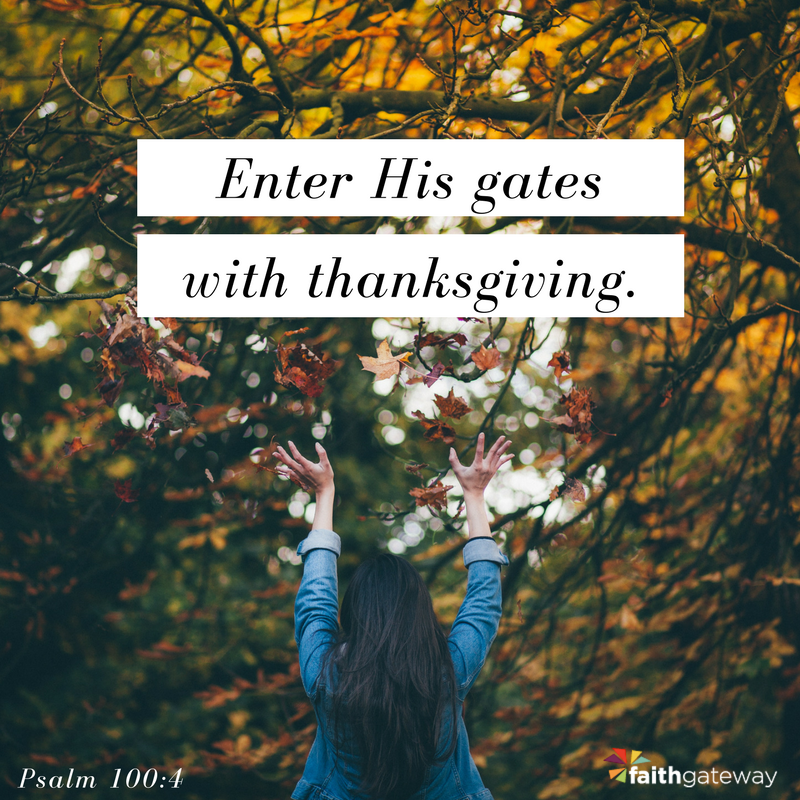 Thanksgiving offers us an annual pause from the pace of life return to places we do not often visit and gather with people we do not often see. Indeed, I live in what some call a “flyover state” — Minnesota — a placed that many visitors fly over while hopping coast to coast. I know that it takes a Thanksgiving-like event to bring people here — often reluctantly.

We also have “flyover verses” — obtuse lists of names, places, and pedigrees that make for good skimming and quick page-turning. These genealogies appear to be intended for another time and place, where the names meant something — perhaps a millennias-old precursor to Facebook’s “Mutual Friends.”

Thanksgiving can not only be a return to our flyover states, but a reason to seek out these flyover verses.

Take this list from Matthew chapter 1 and carefully study it. Read every name as if it’s the first time you’ve seen them. If you can, print it out these names and circle the ones you recognize.

You likely identified several patriarchs of the Bible: Abraham, Isaac, Jacob, and David. You also likely recognized other stars of the Old Testament, including Boaz, Solomon, and Rehaboam.

The list calls out five women: Tamar, Rehab, Uriah’s wife (a.k.a. Bathsheba), Ruth, and Mary. While many of us are familiar with these names, these women are a curious addition to this patrilineal genealogy. While their names do not become branches, the author clearly views their inclusion as important. These women are known for various reasons, including incest, prostitution, adultery, being an outcast, and of course, giving birth to Jesus Christ.

Some of the lesser-known, down-list names are equally intriguing. In the generations following Solomon, seven of the men did evil in the eyes of the Lord — turning away, worshipping other Gods, or worse. At least five of names on the list were, for a portion of their life, considered refugees of political or religious persecution. And, several of the men were forced or sold into slavery.

Finally, I’ll ask the obvious, but most important question: What is this list?

It’s the lineage of Jesus. His family.

If you thought you had a messed-up family, look no further than that of Jesus.

Jesus’ family tree accounts for nearly every category of sin and dreadful human condition. It’s by no means a list of perfect people or the ideal family. Many of us might be embarrassed to call this our kin. Yet, while it’s tumultuous, there’s beauty in the chaos. The messiness reminds us that out of darkness and broken things spring forth in light and healing.

The author, perhaps, intended to send us this message. That message has, however, largely gotten lost to the curse of the flyover verse.

Thanksgiving, itself, is something of a flyover verse. In the past four centuries, we’ve commercialized and sanitized the story into one that is more legend than truth. I had simply glossed over the story until I traced my own lineage back to two of the Mayflower pilgrims. Then, I finally took the time to read the names and stories.

What I found was messy. The men and women who came on the Mayflower came as religious refugees and indentured servants. Once they arrived, they barely survived. Famine and disease claimed nearly half of them. Of those who did last through the first winter, some lived history-changing lives, others were complicit in acts ranging from murder to prejudice and deceit. It was messy and broken.

After uncovering this, I endeavored to tell the true, unvarnished story. When I put pen to paper, I found something spectacular. Out of brokenness and suffering came the vision for a new country founded on the idea of the freedom — particularly the freedom to worship. It took time, and patience.

God works through process, and sometimes this process can only be seen on a long enough timeline. By looking back, but not overlooking, we catch glimpses of God’s plan. Like beauty unfolding from the messy lineage of Jesus, we see the beauty unfolding in our nation, our families, and our own past.

This Thanksgiving, take a moment to pause and think about some of these flyover stories in your life, then consider what beauty might be unfolding from them.

Original devotion for Devotional Daily/FaithGateway by Jay Milbrandt, author of They Came for Freedom: The Forgotten, Epic Adventure of the Pilgrims.

Happy Thanksgiving to our American friends from all of us at Devotionals Daily! We are thankful for you and thankful to God for all He has provided for us. We are blessed to be a blessing! Come share your thankfulness on our blog. We want to hear from you! ~ Devotionals Daily