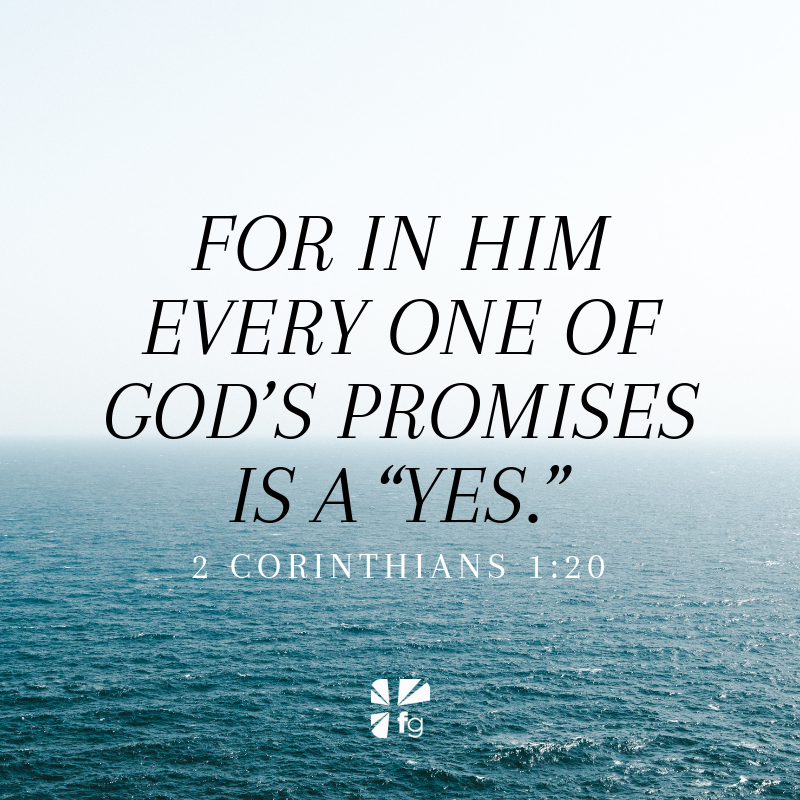 Editor’s Note: Welcome to Sit & Listen Saturday’s from Devotionals Daily. Enjoy reading as well as listening to this week’s devotion from John Ortberg.

Jesus immediately reached out His hand and caught him, saying to him, “You of little faith, why did you doubt?” – Matthew 14:31

The first time I ever skied was in the Swiss Alps. A friend who ran a winter sports camp flew my wife and me from Scotland, where we were living on the meager funds of a graduate fellowship, paid for our ski rentals, and bought us lift tickets. After two trips down the bunny slope, I told my wife, an avid skier, that I was ready for something more adventurous. We got on a chair lift, and it quickly rose hundreds of feet off the ground. My wife, you may remember, does not like heights. She grabbed the metal pole that stood between us and wrapped herself around it like a boa constrictor.

“Honey,” she said, paraphrasing Ken Davis. “I love you. You’re my husband, and I’d do anything for you. But do you see this post? This is my post. If you touch this post, you’ll meet Jesus today.”

“Don’t look down,” I suggested.

We got off the chair lift and took something called a T-bar up the final ascent. Unfortunately, when we were almost to the top of the mountain, we fell off the T-bar. For a while we lay in the snow, waiting for the St. Bernard who never came. Dozens of skiers whizzed up the Alp beside us, yelling advice to us in German. The only word I could make out was “Dumköpf.”

Another couple fell off (or jumped out of pity) at the same point. Hans could speak a little English, and he guided us an hour through hip-deep snow to the nearest slope. The slope was marked by a black diamond with skull and crossbones. It went downhill at an angle of about eighty-five degrees.

Hans then gave me the only skiing lesson I have ever had. “Don’t look down,” he said. “You will be frightened by the slope and overwhelmed by the distance. When new skiers look down, they panic; and when they face straight ahead on a slope this steep—” He made a whistling sound and a motion with his hand that was not encouraging; it was vaguely reminiscent of the “agony of defeat” guy on the old television program Wide World of Sports. “I think you can make it.” (The word think bothered me a little.) “Just remember one thing: Don’t look down.”

Don’t look down became the number one rule in my life.

I would not look down for anything. Six-year-old skiers would ski between my legs to try to tempt me to watch them go down. I set a record for Most Zigzag Turns that day. People would ski past me, take the chair lift up, go past me again – just to see how many times they could lap me. I suspect I pulled off the ugliest ski run that particular Alp had ever seen. Even when making snowplow turns, I would arrange whenever possible to execute them in front of small children so they could break my fall if necessary.

I got only one thing right: I never looked down. I became the world’s expert at not looking down. It wasn’t pretty, but it got me to the bottom of the hill.

When Peter was walking on the water, the text does not tell us whether Jesus said anything to him or not. But if He did, I imagine it being along these lines: Peter, whatever you do – don’t look down. Keep going, one foot in front of the other. Think light thoughts! Just remember, whatever you do – don’t look down. I imagine that Peter’s eyes were locked on Jesus – that during this experience an awareness of Jesus simply dominated Peter’s mind. Like master, like disciple.

At any rate, for however long it lasted, Peter walked on the water.

Then we are told three things happened. The focus of his attention shifted from Jesus to the storm – he saw the wind. This shift in attention gave rise to a new set of thoughts and feelings that focused on panic and inadequacy: “He became frightened.” This in turn disrupted his ability to continue walking in Jesus’ power – he began to sink and cried out, “Lord, save me!”

I am reminded of those cartoon characters who occasionally run off a cliff without noticing it – like Wile E. Coyote in the Roadrunner cartoons. For a while he continues to pump his legs and actually runs as well on thin air as he had on the ground. Then suddenly he notices he has run off a cliff. He panics, holds up a little sign, Save me, and plummets thousands of feet to what would be the death of an ordinary coyote, but only leaves him with a few bruises, which are gone by the next frame. Apparently it is not running off the cliff that did him in – the fall started when he noticed. He forgot rule number one: Don’t look down.

When Jesus rescued him, He asked Peter why he doubted. I do not think this was simply an exercise in blaming. I think that, like any good teacher, Jesus really did want Peter to learn from this experience so he could grow.

Excerpted with permission from If You Want to Walk on Water You’ve Got to Get Out of the Boat by John Ortberg, copyright Zondervan.

What are the areas of your life that, like Peter, you may lose focus on Jesus and look down? Without any condemnation, honestly answer where you are doubting? In what arena is Jesus wanting you to grow? Come join the conversation on our blog! We would love to hear from you! ~ Devotionals Daily 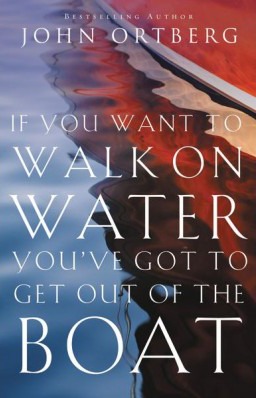