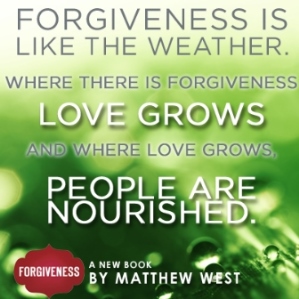 Editor’s Note: Forgiveness: Overcoming the Impossible by Matthew West features fifty powerful stories that share forgiveness through divorce, betrayal, addiction, abandonment, death, and more. Each story ties into the promises of God’s faithfulness and healing, and ends with the story of God’s ultimate forgiveness through the message of salvation. You’re invited to read Alice’s story, then watch the video with author and performing artist Matthew West in this exclusive excerpt from his book.

It was pitch black and pouring rain as I drove myself and my two boys away from the nightmare we had been living. Afraid of what he would do when he found us missing, I called to tell him we had left. He begged me to stop, to tell him where I was so he could get us. I didn’t. I dialed my parents. I drove through the tears and the rain, and my dad kept me driving. He had given me simple instructions: “Drive here and then call me” followed by “Drive here and then call me.” Eventually my parents talked me the rest of the way in, while I had only a vague awareness of where we were.

When we arrived at the shelter, the hosts led us to a small room. The boys sat on the floor and played while I answered questions and filled out registration forms. The rules were strict: set curfew; set bedtime; children could not be left unattended; daily chores; no visitors. Then we were shown our room. It had a single bed and a bunk bed. We woke in the morning and went for a walk. With the first step outside the door, I knew we were home. I knew God had brought us home.

The other day I came across the admissions folder for that shelter where we stayed that first night. Inside was the picture that my older son had drawn while waiting for me to register. On that dark, sad, raining night, he had drawn a picture of a bright sunshiny day. That is how it felt to finally be free from the prison of abuse. . . .

At some point during our ten-year marriage, I conceded and simply accepted the abuse. But with acceptance I was still imprisoned. Now that I have broken free of that prison, I can choose to forgive my former husband’s actions, but I no longer choose to accept them. With forgiveness I feel no more anger. Forgiveness allows me greater perspective and helps me see our relationship for what it was.

Forgiveness is, for me, a continuous issue. It is an ongoing process. My abuser is still very much a part of my life because of the boys, so he still has plenty of opportunities to hurt me. Matthew 18:22 (NKJV) comes to mind for me: I will most likely have to forgive him seventy times seven times.

I know I will struggle in some instances more than others. But if I were not to forgive him, I could not objectively guide my boys through the complications that come with our divorce. Complications that mean they understand on some level why I left their father, but they will also still love him. Forgiveness allows me to tell my boys stories of the good times, memories that show them they come from a place of love.

Most of all I work on forgiving myself. I have long since let go of the idea that I was at fault for the abuse in my marriage. However, I still feel the tremendous weight of the effect this has had on my boys. A mother should protect her children. I failed them. I allowed them to see things no child should ever see. That is not something I can make go away. It happened, and we deal every day with the lasting effects.

Forgiveness doesn’t always mean that reconciliation will follow. In a perfect world, the forgiveness and reconciliation would always go hand in hand. One person says, “I’m sorry,” the other person forgives, and then all is right in the world.

But Alice’s story illustrates that reconciliation is not always an option. She had to endure what no spouse should ever have to experience: verbal, emotional, and even physical abuse at the hands of her husband. For the safety of her young sons, she did a heroic thing, bravely fleeing what she described as a prison even though she knew she would struggle as a single mom trying to make ends meet. The authorities, however, had advised her not to have any contact with her husband because of the dangerous nature of her situation. In circumstances like these, forgiveness is less about mending a relationship and more about healing a painful past so that Alice can finally move on, free from the darkness of years of abuse.

So why, then, is forgiveness still an essential ingredient in Alice’s story? Her husband isn’t asking for forgiveness. He has shown no signs of remorse for what he put her and the kids through. For the safety of her children, she has to put aside any desire for reconciliation. And, thanks to this man, she must now carry the burden of parenthood on her shoulders alone. For Alice to forgive her abusive husband does not mean that she has to trust him again or ever go back to that dangerous situation.

Rick Warren explains the difference between forgiveness and reconciliation or trust: “Forgiveness must be immediate, whether or not a person asks for it. Trust must be rebuilt over time. Trust requires a track record.”

But why must forgiveness be immediate? Alice can tell you why. Every morning she wakes up and stares into the eyes of two handsome little boys who I’m sure in some way resemble their father; maybe one has his smile or the other, his laugh. And these boys are watching her. They are looking up to her. These boys need their mom now more than ever. So if Alice spends her days and nights eaten up by anger or buried by bitterness, how can she provide the love and attention the boys need? William Arthur Ward wrote, “A life lived without forgiveness is prison.” There’s that word again, prison. This was the same word Alice used to describe the relationship she had escaped. Choosing not to forgive would mean trading one prison for another.

Well, Alice’s two young boys are hungry for nourishment. They didn’t ask to be born. They were caught in a drought, innocent children finding themselves in a home characterized by violence rather than love. But Alice ended that drought on the night she and her boys drove through the pouring rain to the shelter. And now, as hard is it may be, she must let forgiveness rain over her and her sons. For where there is forgiveness, love grows. And where love grows, people are nourished.

Think about someone who has hurt you. How can you respond with grace and forgiveness to that person? Join the conversation on our blog! We would love to hear from you! ~ Devotionals Daily 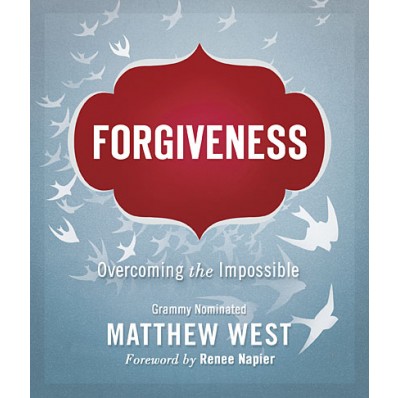