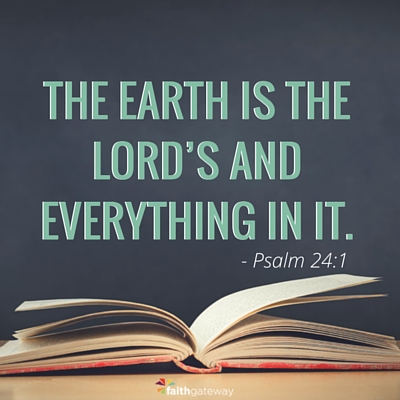 Freedom to Choose Work You Love

Tragically, too many teachers, social workers, pastors, and others in lower-paying jobs today are struggling with student debt throughout their twenties, thirties, and even beyond. And many of you, afraid of such a future, are, for financial reasons, opting out of the work God made you to do. That’s the wrong response. These are noble lines of work, important in our communities and honoring to God, that simply don’t pay as well as other jobs. The right response is for future teachers, social workers, pastors, and others like them to spend and borrow less for college by employing the principles in this book. Freedom from student debt means freedom to choose the work you love without the pressure to come up with an extra several hundred dollars every month for the next decade or more.

Many college graduates lack peace of mind because they don’t know how they’re going to make their student debt payments. Their anxiety leads to sleeping problems, poor eating habits, and all kinds of relational dysfunction. It’s one thing if your debt payments are small relative to a stable source of income. But when your debt load is high and you’re unemployed or underemployed, it’s as if there’s a black cloud constantly hanging over your head. Freedom from student debt promotes peace of mind because it means there are fewer bills to pay and no debt collectors chasing you.

As I said in Trap 9, having debt doesn’t disqualify you from marriage. What matters is if you’re moving in the direction of living within your means and paying off your debt. But arguments about money are a frequent trigger for divorce. While financial problems can arise after marriage, bringing student debt into marriage is especially messy because it’s individual debt — his debt or her debt, not your debt. If Tyler brings in $15,000 of debt, and Brianna brings in $35,000, it’s easy for Tyler to become resentful or suspicious toward his bride. Theoretically, Tyler and Brianna both know “they” have $50,000 in debt, but it’s not always easy to remember that fact when Brianna wants a $900 sofa and Tyler wants a $900 flat-screen TV. Freedom from student debt means bringing a clean financial slate into your marriage — an excellent gift to your future bride or groom.

To understand the ultimate benefit of beating the college debt trap, let’s examine one of the most bizarre parables Jesus ever told. We find it in chapter 16 of Luke’s gospel. It’s a story known as “the parable of the shrewd manager.”

Mr. Shrewd Manager, let’s call him Zach, works for a rich man, whom we’ll call Ryan. Ryan finds out that Zach is wasting money — Ryan’s money. Naturally, he’s troubled. So he calls him in. “Hey, Zach, I understand you’ve been irresponsible with my money.” Zach doesn’t even try defending himself. He knows it’s over. Ryan gives him until the end of the day to clean out his office and hit the road.

Zach comes up with a brilliant plan. Ryan is a banker; lots of people owe him money. Until 5:00 p.m., Zach still has the authority to sign paperwork on Ryan’s behalf. So Zach calls a bunch of the people who owe Ryan money. He offers each of them an immediate 20 to 50 percent discount on their debt if they quickly sign the paperwork. Sure enough, they come flocking in. And at 5:00 p.m., Zach heads for the door with a slew of new friends ready to scratch his back the way he just scratched theirs.

Devious, isn’t it? Zach was supposed to take care of Ryan’s interests. It’s hard to imagine it was in Ryan’s best interest to forfeit what scholars estimate would have been a year and a half’s worth of wages (Luke 16:4-7). But what’s so bizarre is that the master praises Zach as he’s heading home. Then Jesus seems to tell His disciples to go and do likewise (Luke 16:9). What in the world?

Jesus isn’t praising Zach’s sneaky trick. He’s telling us to imitate Zach in using money strategically to prepare for the future. We’re told, “For the people of this world are more shrewd in dealing with their own kind than are the people of the light” (Luke 16:8). People of this world are often smarter in the ways of the world than Christians are in the ways of God. People like Zach do a great job of using their money to advance their agenda. Shouldn’t we be as resourceful about using God’s money to advance God’s agenda?

Everything we have is on loan from God:

When we get out of debt, we honor God because we’re displaying integrity by paying back what we owe (Romans 13:7-8). Avoiding debt in the first place means not having to pay Uncle Sam and Sallie Mae interest. It means having more money to advance God’s interests.

Though I’ve warned you about the traps to avoid, fundamentally this book’s message is one of hope. Getting a college degree in something you enjoy and can master is entirely possible. You don’t need to believe the hype that college is too expensive. You just need to understand how the system works and then work the system, apply yourself, and live within your means.

Beating the college debt trap lays the foundation for honoring God with money for a lifetime. It’s not about getting rich so you can sit on a beach in the Bahamas and order cocktails. Wealth isn’t the goal; freedom to serve God is. Those who don’t have to send monthly checks to Sallie Mae have the freedom to put their efforts and earnings to work around the globe relieving suffering, lifting people out of extreme poverty, and sharing the saving message of Jesus Christ — making friends who will join them for eternity (Luke 16:9).

Watch the video for Beating the College Debt Trap

Those who have a burden of debt from college loans, what wisdom would you share with kids heading into their decisions about higher education and loans? Those who are entering college and trying to figure out how to pay for it, what do you think about honoring God with your money and having freedom from financial debt? Come share with us on our blog!