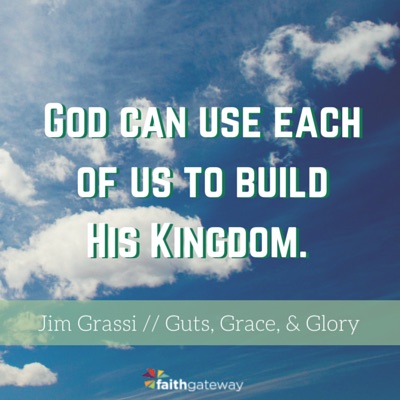 Coaches work hard with players to develop in them the skills needed to protect the ball at all costs. Most NFL teams conduct a regular drill in which the runner scampers past a group of heavy-handed linemen who attempt to knock the ball away.

Fumbles, failures, goofs — whatever you call them — do strange things to a team’s confidence. They can be momentum breakers and can produce lost games — both in sports and in life. On the flip side, however, when too much attention is placed upon these occasional failures, it can cost a good player his confidence and his composure.

What do Michael Vick, Robert Griffin III, Cam Newton, Matt Cassel, Mark Sanchez, and Phillip Rivers have in common? Yes, they are all NFL quarterbacks, and after only 5 games into the 2012 season they all had 5 or more fumbles. Michael Vick had 8 fumbles in this period of time. It is curious that quarterbacks, whom we think of as having gifted hands, lost the ball more than running backs.

How often have you dropped the ball? Maybe you missed a critical appointment at work. Or perhaps you forgot your child’s or even your spouse’s birthday. If we place too much attention on our missed opportunities, we can become ineffective and depressed.

Despite our shortcomings, God can use each of us to build His kingdom.

I think too many people feel unworthy because they place too much focus upon their failures instead of on the graciousness of a loving God. Too often we glorify Bible characters and believe that our ability to serve God is less than those “saintly” prophets and apostles of yesterday. It is encouraging to remember that our heavenly Father has equipped each one of us with special talents. He wants us to utilize these gifts rather than be overly critical of our failures. Think about how God used biblical characters despite their imperfections:

John Mark was rejected by Paul.

Hosea’s wife was a prostitute.

Amos’s only training was in the school of fig tree pruning.

Solomon was too rich.

Abraham was too old.

Did I mention that Moses had a short fuse? So did Peter, Paul —well, lots of folks did.

Aren’t we glad God doesn’t keep an account of our fumbles? He is quick to forgive and forget; despite a bad year He still has us in His lineup next season. He doesn’t require a job interview. He doesn’t hire and fire like human bosses, because He’s more than just a boss. He’s not prejudiced or partial, not judging, grudging, sassy, or brassy, not deaf to our cry or blind to our need.

If we are totally in love with Him, if we hunger for Him more than for our next breath, He’ll use us in spite of who we are, where we’ve been, or what we look like.

Step out of your limitations and into the illimitable nature of who God is. [tweet this]

It was He who gave some to be apostles, some to be prophets, some to be evangelists, and some to be pastors and teachers, to prepare God’s people for works of service, so that the body of Christ may be built up until we all reach unity in the faith and in the knowledge of the Son of God and become mature, attaining to the whole measure of the fullness of Christ. — Ephesians 4:11-13

Do you believe that God is able to use you in spite of your failures and shortcomings?

Are you willing to let Him use you through your failures and shortcomings?

Does it encourage you to read the Scriptural examples of heroes of the faith that had past failures? Spend a few moments thinking about what shortcomings and times that you blew it entirely are holding you back from allowing yourself to be used by God. Share with us on our blog your Game Plan answer to this question: Are you willing to let Him use you? We would love to hear from you! ~ Devotionals Daily