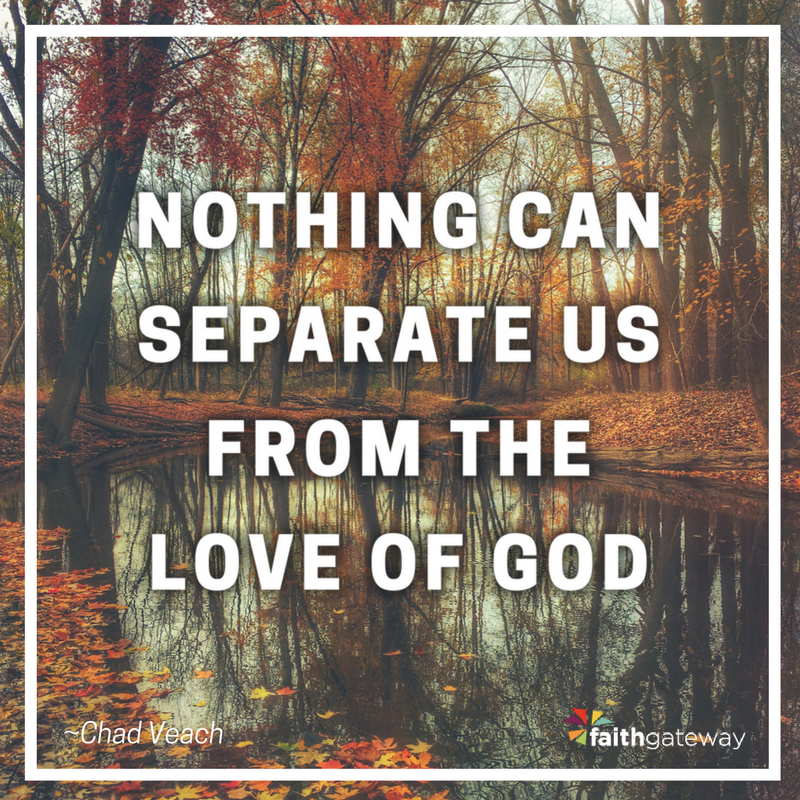 Brothers and sisters, I do not consider myself yet to have taken hold of it. But one thing I do: Forgetting what is behind and straining toward what is ahead, I press on toward the goal to win the prize for which God has called me heavenward in Christ Jesus. — Philippians 3:13-14 NIV, emphasis added

We all have a past. I grew up in church, I’m a pastor’s kid, and I felt like I was always hearing someone say this famous line: “You know, we all have a past.” I always thought to myself, Yeah, but some of us have a bigger past than others.

The older I get and the more I study the Scriptures, the more I understand that we all have a past! In fact, 1 John 1:10 NIV says,

If we claim we have not sinned, we make Him out to be a liar and His Word is not in us.

We all have a past because we all have sinned and fallen short of the glory of God!

For all have sinned and fall short of the glory of God. — Romans 3:23, emphasis added

The interesting thought about having a past is that at some point you have to move on. My dad used to tell us as kids that “there’s no use in crying over spilled milk.” As if to say, “It is what it is… what happened happened… you’ve gotta move on!” I’ve learned, though, that is easier said than done.

Perhaps you’ve gone through something extremely difficult or painful; for example, a divorce, the loss of a loved one, betrayal, rejection, financial hardship that was self-inflicted.

At some point, you’ve gotta move on.

I love the apostle Paul. And I love what he’s saying here in this verse because you get a sense that he’s more convinced of the greatness that is in his future than of the failure of his past! I believe that about God. God is not lording your past and holding out his blessing.

Think about some truths about God:

For I will be merciful to their unrighteousness, and their sins and their lawless deeds I will remember no more. — Hebrews 8:12

Through the Lord’s mercies we are not consumed,

Because His compassions fail not.

They are new every morning;

Great is Your faithfulness. — Lamentations 3:22-23

For I am persuaded that neither death nor life, nor angels nor principalities nor powers, nor things present nor things to come, nor height nor depth, nor any other created thing, shall be able to separate us from the love of God which is in Christ Jesus our Lord. — Romans 8:38-39

Moving past your past isn’t really God’s problem; it’s ours.

So if that’s what God’s done, is that what you’ve done?

It reminds me of my favorite NFL football team, the great Seattle Seahawks. Three years ago we found ourselves back in the Super Bowl — on the 1-yard line in the fourth quarter, on the brink of winning back-to-back Super Bowls. We had first and goal on the 1-yard line with the greatest running back in the league ready to run the ball in for us to win the game, Marshawn Lynch.

It was a shoe-in.

It was a done deal. All the way up until we threw an interception to Marcom Butler of the New England Patriots and lost the game!

It took time to build trust back. It took some time to build confidence back. But eventually the team was able to come back to their senses and move past what had taken place.

Could you imagine if three years later this team was still dwelling on this play? Still mulling over this mistake? They would be such damaged goods that they wouldn’t be able to be the number one team in the NFC like they are today.

Listen, I’m sure your past is something you are not so proud of. Poor decisions. Regrettable reactions. I get it. We’ve all been there!

But one thing is for certain: if God can forgive and forget — so can you!

I want to encourage you with one of my favorite lines in my new book, Faith Forward Future: “Stop holding on to your history at the expense of your destiny.”

Stop holding on to something God has already let go.

The best is yet to come!

Are you hanging onto something God has already let go? If He’s forgotten it, why haven’t you? Press on towards the goal, friend! The best is yet to come! Share your comments on letting the past go on our blog. We want to hear from you! ~ Devotionals Daily