I recently conducted an informal poll on Twitter to find out the biggest challenge we singles face, and far and away, loneliness won the day. This hurt my heart. I actually sat in my booth at Starbucks and cried. I suppose it’s not really a huge shock that this is a major issue for single people. I mean, the human instinct is to be coupled up—to have someone to come home to, to grow old with, to share things with. And at times it can seem as if the single season of life is going to drag on forever and ever.

Trust me; I know this. I’ve watched person after person after person on my Facebook page post pictures of their little ones going off to the first day of school, taking dance class, hitting home runs. I have some friends who have kids going into high school when I have yet to get started on having a family of my own. So I understand loneliness in its purest form.

Every time you glance over at your married friends’ lives with a flash of envy, believe me, they’re glancing over the fence at yours in the same way. The bottom line is this: You’re going to face down a little loneliness.

It’s just the cross that we single folks have to bear. But if you learn to really sit with that loneliness and embrace it as the gift that it is—an opportunity to get to know yourself, to learn how strong you really are, to depend on no one but yourself and your God for your happiness—you will realize that a little loneliness goes a long way in creating a richer, deeper, more vibrant and colorful you.

The Single Woman Says: A season of loneliness and isolation is when the caterpillar gets its wings. Remember that the next time you feel alone.

The thing about our married counterparts is this: they have the husband and the 2.5 kids and the white picket fence, but they don’t have what we singles still have—a blank canvas. In a sense, they don’t have the chance to color both inside and outside the lines of their lives and boldly embrace not knowing what comes next. In many ways, their lives are decided. Settled. Complete. Predictability is not a bad thing, but neither is the unpredictability of the single journey.

Embrace your singleness, and even the loneliness that comes with it, as the launching pad that it is. It is often in our loneliest times that God speaks the loudest. Plus, there’s just something really cool about knowing that your destiny is so big that you’re not meant to share it with anyone, at least not yet. So loneliness? Bring it on! In the long run, a big destiny is worth a little loneliness.

How do you cope with periods of loneliness? Whatever the reason for your loneliness (and it doesn’t just happen to singles), take comfort in the loving relationship with Christ, who has reassured us He is the friend who “sticks closer than a brother” (Proverbs 18:24), who lays down His life for His friends (John 15:13-15), and who has promised never to leave us or forsake us but to be with us until the end of the age (Matthew 28:20). 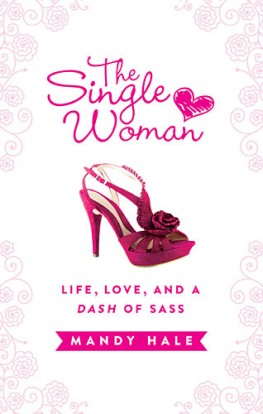