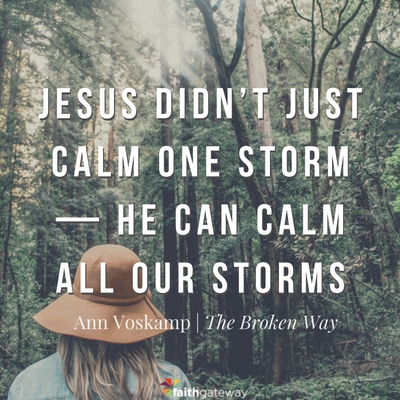 Cruciform self-giving is the distinctive dimension of holiness. — Michael Gorman

I’d been dangerously anemic for weeks, feeling like I was a wet sheet of paper and the story was falling apart right in the middle, right where things were supposed to get exciting.

Out my bedroom window, the rain’s coming straight down on the farm like an honest pouring. Another doctor’s appointment in an hour to stick a needle into the bluing vein and draw out the lifeblood to see if there’s enough iron in it. No surprise there, really. That my blood would lack the element required to produce steel. I keep praying like a fool that the cross on my wrist — its iron is seeping into me, its strength forming me.

Any kind of love that lacks the iron of the cross in it is anemic love.

Keeping ink on the nightstand can be a kind of curative, my intravenous needle to remember the eucharisteo every night and send a bit of the thanks into the blood. And, now to ink a cross on my wrist every morning to re-member the koinonia, to draw cruciform communion from my believing head to my forgetting heart. This cross is a sign of my believing, that I am “called into the koinonia of His Son, Jesus Christ.”1 I know this. The eucharisteo precedes the miracle, and the miracle is always, always koinonia. But maybe I haven’t been living it long enough yet?

Wash my paling face at the bathroom mirror. The woman in the mirror is a wide-eyed deer caught in the headlights, life running her down, and she’s desperate to know:

The wheat in the fields needed this rain that’s sheeting down like some upstairs plumbing let loose. The sky slides down the windowpane next to the bathroom mirror like something a bit busted.

I need these questions, need answers to fall, to grow something in me strong enough to withstand this broken life. If I want to truly Give It Forward Today, if I want to be the gift, don’t I have to believe there’s enough in me that’s a gift to give forward?

Maybe we believe in Jesus; we just don’t always believe in Him working in us.

The cold tap water feels good splashed on my face, running down my neck. It feels strange, even wrong to believe He could find any value in my tarnished brokenness. But didn’t He, somehow? Didn’t He believe it was worth redeeming, renewing, resurrecting, to make all into more than enough, in spite of my brokenness and through it? That cross on the wrist, wasn’t it a sign of Jesus’ believing? Isn’t the cross a sign of Christ believing in us, believing that the busted are to be believed in? Which feels unbelievable.

The slowing rain seems like a bestowing, belief growing. Lotion massaged slowly into dry and chapped palms. Rubbed into the broken creases across the backs of my hands. There was what an Orthodox Hasidic rabbi had said on a flight westward. He’d put his prayer shawl in the overhead compartment and sat down, sweeping aside the tassels dangling from his pockets. And somewhere over the mountains, the light thick above the clouds, the rabbi had turned to me, mid-conversation. “Why do you people always say it’s about having a strong belief in God? Who sits with the knowing that God’s belief in you is even stronger than yours in Him?”

I’d put down my Styrofoam cup of black coffee and tried to read the rabbi’s face. He’d leaned forward in his seat and tilted his head so he could look at me directly. “You may believe in God, but never forget — it’s God who believes in you.”

God’s mercies are new every morning — not as an obligation to you, but as an affirmation of you.

Was I living my life like I fully believed that?

I’d nodded slowly, and instinctively reached my thumb over, tracing the faint cross rubbed into my left wrist. Christ is in me — so God can’t help but believe in me!

God made the work of Jesus to “bind up the brokenhearted”3 and there is more belovedness in Christ for us than there ever is brokenness in us. When Jesus is gracious to us, why would we be cruel to ourselves? “Weaknesses do not debar us from mercy; rather they incline God to us the more,” seventeenth-century Anglican pastor Richard Sibbes wrote, echoing Psalm 78:39:

He remembered that they were but flesh, a passing breeze that does not return.4

I’m the broken… and I’m the beloved. Were there more healing words to be heard in the universe? Was there a more soothing balm for all my brokenness? The moment God stops believing in me, He’d have to stop believing He is enough. How do we believe in Jesus in a way that Jesus believes in us?

I’d sipped down steaming coffee above the clouds that morning, swallowing down a bit of the eternal. And now this morning, the clouds heavy and low and rent with rain, I’m drinking down only that: belief is a rare kind of communion. We in our brokenness believe in God — and God believes in us through our brokenness.

I put the lotion back on the bathroom ledge. The clouds behind me are low to the east, reflected in the mirror. The rain’s a rhythm of steadying grace on the windowpanes and the wheat is drinking it down. Suddenly, my phone rings. Elle Jae calls every morning to check in after running her kids down gravel roads to school. I decide to confess.

“Well — just standing here struggling to believe there’s enough in me to have anything to give. Trying to remember.”

“Hey, listen to this,” Elle Jae says through gulping down her breakfast. “Last night’s conversation at small group was about exactly that.” I hear water running on the line like she’s pouring herself a drink. “When Jesus chose His disciples, He chose imperfect misfits. The broken ones were the ones He believed in, right?”

I run a comb slowly through my hair. “Right.” The end of the eaves reflected in the mirror is this constant drip.

“So you know how when Peter got out of the boat he wanted to be like Jesus, to walk on water, but he saw the waves and he began to sink?” Elle Jae asks. “So listen: who did Peter not believe in?”

I turn toward the rain coming down, wondering. Himself. I don’t say it aloud, but it’s immediate. I get it.

Maybe Peter didn’t doubt Jesus in that sinking moment, the Jesus standing on the waves right in front of him, the Jesus he believed in enough to cry out to save him…

“Maybe Peter really doubted that Jesus — believed in him.”

And just like that, her wisdom washing over me, she tells me to go and have a marvelous day and hangs up.

And what do I know about living as if He does believe in me?

Nothing can possibly separate us from the love of God that is in Christ Jesus.5

And yet I doubt? Wasn’t that cross on my wrist Jesus’ sign of believing in even me? Jesus calls us to the abundant life because He knows He can empower and fill us with His Spirit. And if He believes in us and what can be given through us, how can I not believe?

I turn to the window. Grab my purse. Raindrops walk down the glass unafraid. Jesus still walks on water. Jesus didn’t just calm one storm — He can calm all our storms. Jesus sings grace in the wind, He pours mercy out like rain, He grows abundance up through the broken cracks of things like wheat, and a bruised reed He will not break, and a smoldering wick He will not snuff out. And He comes as a sign to us, a sign of the cross, a sign God’s reaching for us, believing in us, in love, in redemption, in making all things new, in making us enough because He is. And He comes like light through rain coming down.

Come, follow Me — come, I believe in you — because I’ve come to live in you.

Along the long back roads into town, the falling rain feels like the kindest anointing of belief.

Watch the Video for The Broken Way

God’s mercies are new every morning — not as an obligation to you, but as an affirmation of you. Do you believe that? Are you living as though God believes in you and loves you with all of His heart? Come share your thoughts with us on our blog. We want to hear from you! ~ Devotionals Daily