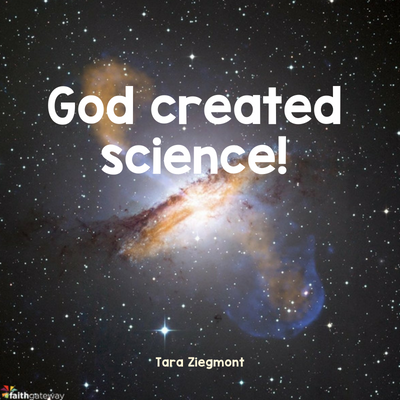 I taught high school science for 10 years in a large public school. Not only did I teach science, I taught astronomy and geology, two subjects where time is measured in millions and billions of years and evolution is a common term.

On the very first day of the school year, I gave every class of students the same speech:

What you personally believe about the origins and age of the universe is vitally important in your life, but it is not relevant to this class. All I ask of you in this class is to understand the facts and opinions and theories of scientists.”

“Sometimes, I like to think about God as a scientist in a lab coat, eager to share with us all the incredible things He’s made in His indescribable, immeasurable universe-size lab. You know what? Not only does God love science — He is the greatest scientist of all!

Throughout this book, we’ll explore the incredibly, indescribably awesome universe that God created and holds in His hands.”

I just love this because it lines up perfectly with what I believe about God and His creation. This unique collection of 100 devotions teaches about God and about science as they coexist. They aren’t at odds, after all:

Another thing I really love about Indescribable is that it avoids controversy that could distract from the main points of the book. It mentions dinosaurs in the context of Bible verses, but it doesn’t talk about New Earth or Old Earth or dinosaurs dying out in the flood. This is really important to me as a parent because I want the job of tackling these issues with my kids. I don’t want to cede that job to someone else, even a wise author and pastor such as Louie Giglio.

If you have kids who are into science, you are going to want to take a look at Indescribable with them. It’s packed full of interesting devotions featuring plants and animals, stars and planets, even the human body and the oceans.

And if you’re looking for some safe science activities to do with your kids this school year, check these out:

Have a great school year and I pray that you never stop learning about God’s awesome, indescribable creation!

Watch the video from Pastor Louie…

Are your kids into science? How can you help show your children that God is the “greatest scientist”? We’d love to hear from you! 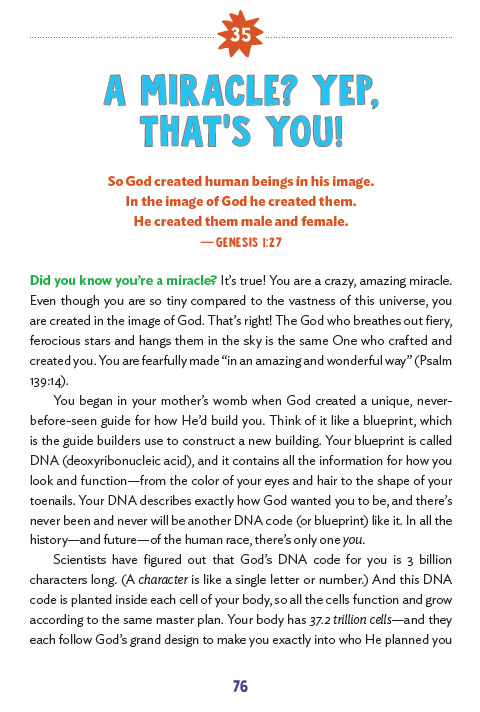 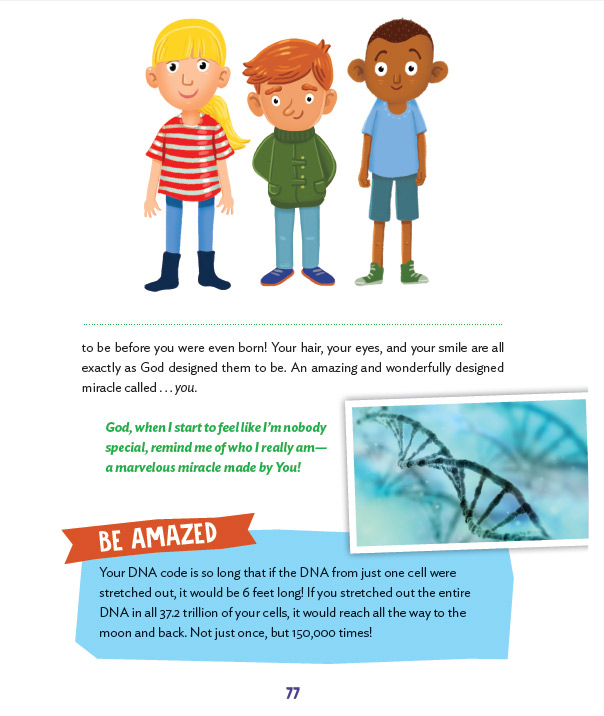